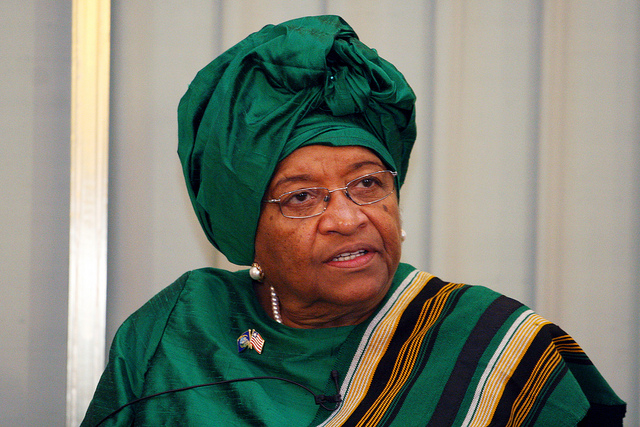 MONROVIA, Montserrado â€“ The Policy Coordinator of the Women in Peace Building Network, Tambah Johnson, has expressed disappointment over the failure of President Ellen Johnson Sirleaf to include the eradication of female genital mutilation in Liberia during her State of the Nation address.

Johnson praised the president for her support for women empowerment in the country but pressed for her to do more on this particular issue.

â€œThe president is yet to do much in the fight to eradicate female genital mutilation though she promised the world to stand up against it,â€ he noted.

He revealed in a cellphone interview that civil society organizations have worked closely with the Ministry of Gender, Children and Social Protection to draft a bill that seeks to criminalize the practice of FGM.

â€œCurrently, there are no laws on the book that prescribes any penalty for people who will continue the practice of FGM,â€ he said.

Liberia remained one of many African countries with no laws against FGM after Gambia banned the practice in the later part of 2015. Along with Liberia, the practice is still legal in Sierra Leone.

Sirleaf delivered her State of the Nation address on Jan. 25. The move was in fulfillment of the Liberian constitution’s mandate that in January of each year, the president shall present the administrationâ€™s legislative program for the ensuing session.

During her address, the president called for an immediate end to rape and other acts of sexual violence in the country.

â€œThe inhumanity of rape is still being perpetrated. The victims have included young girls, boys and sometimes even babies. This wickedness must stop,â€ she said.

Sirleaf also called on the legislature to enact a law on domestic violence and the Gender Equity Bill, both of which she submitted to the lawmakers. She also promised to allocate money in the national budget for women empowerment and protection.

Sharing
Tags Ministry of Gender Children and Social Protection, State of the Nation, Tamba Johnson, Women in Peace Building Network
Contributions to The Bush Chicken are not tax deductible.