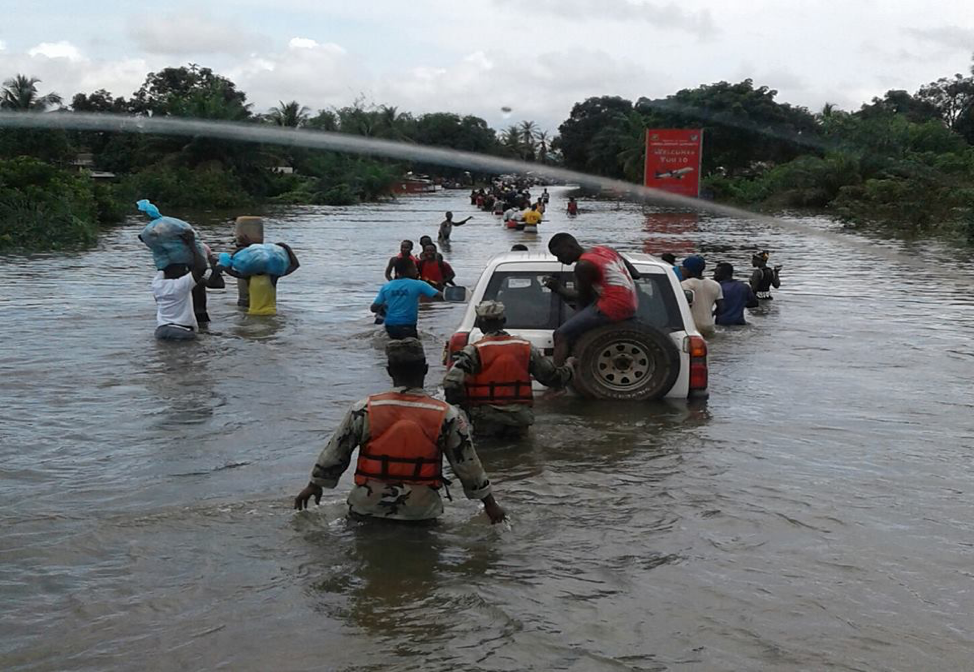 UNIFICATION CITY, Margibi â€“ The Liberia Airport Authority has warned airport users to take the Red light to 15 Gate route as the water level increases on the Robertsfield Highway.

The highway has become inaccessible to small and medium-size vehicles because of severe flooding between Joe Blow Town and Unification City.

Heavy rains in recent days have made traveling difficult for commuters and the rains are expected to continue.

On Tuesday morning, an Arik Air bus was seen picking up passengers from the flooded area to catch up with an early morning flight. Several other passengers traveling on Royal Air Maroc were seen booking local guest houses to pass the night to accommodate their flight schedules.

Despite the suggestion by the airport authority for air travelers to use the 15 Gate route, The Bush Chicken has learned that the alternative route has also been flooded due to a heavy downpour of rain around Division Nine.

Unlike on Friday, it is impossible for low vehicles to travel across the water from both sides.

The Navy Battalion of the Armed Forces of Liberia is crossing commuters from one end of the water to the other using a mini-boat.

Joel Zangar, sectional head of Joe Blow Town, said the town, which comprises of more than 2,000 persons, is now virtually empty as residents are settling in nearby communities.

â€œUntil the government of Liberia can find a remedy to this situation, year in year out, the people will continue to face such a problem,â€ Zangar added.