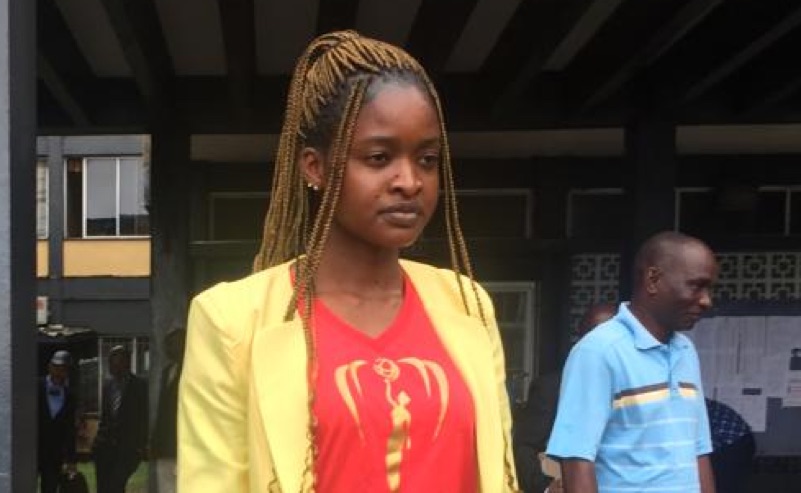 MONROVIA, Montserrado â€“ Miss Liberia, Wokie Dolo, has clarified reports circulating on social media that her entertainment company has abandoned Miss Earth Liberia while she was transiting through Ghana to the Philippines.

During a press conference, Dolo said contrary to rumors, Bemah is stuck in Ghana because her passport has expired. Dolo said La Queen had earlier advised Bemah about renewing her passport, but she had failed to do so. According to Dolo, the Liberian representative to the global contest was eager about her participation and did not care about the concerns raised about her passport prior to embarking on the journey.

â€œIt seems to me people who do not know the actual story want to run with fake news,â€ Dolo added. â€œBut we canâ€™t sit and allow this [to] pass because it is not about an individual, but our institutionâ€™s image. Since Miss Bemah wants to be ungrateful to La Queen who has done so much for her, we have been left with no option but to provide evidence that the institution took care of her traveling expensive, plus many others.â€

Dolo displayed documents showing that her group had provided costumes and other items for Bemahâ€™s participation.

She said the organization did not abandon its obligations. However, she noted that Bemah was traveling alone because the contest organizer was only responsible for hosting the contestants â€“ all other attendees needed to cover the cost of their stay in the Philippines.

When contacted, Bemah said she could not comment at the moment.

Sharing
Tags Wokie Dolo
Contributions to The Bush Chicken are not tax deductible.