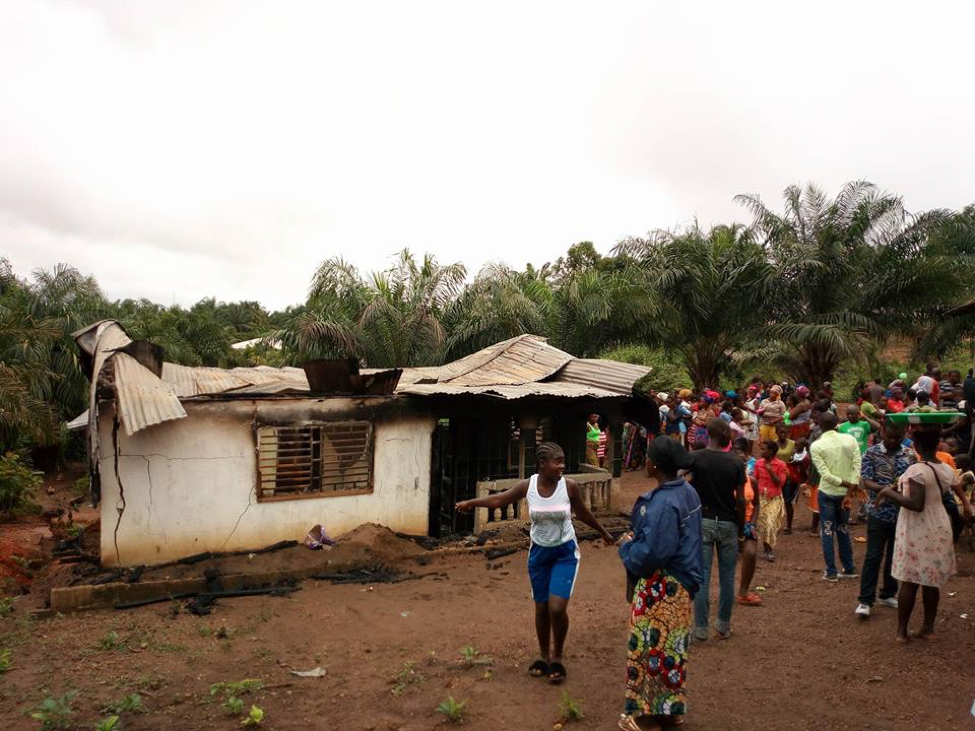 GBARNGA, Bong â€“ Police in Gbarnga are currently in search of a woman, Janes Joe (Nyamah Joe), who allegedly set ablaze her fiancÃ©’s home, resulting in the death of her future mother-in-law.

Korpo Jallah, believed to be in her early 50s, was electrocuted while trying to quench the fire.

The incident occurred on Tuesday night in the Rubber Factory Community in Gbarnga.

Joe’s fiancÃ©, Ciapha Torlah, told The Bush Chicken that the incident occurred while he was away on a business engagement in another community in Gbarnga.

Being a local dealer of gasoline, Torlah had gone to supply gasoline to some other dealers in Gbarnga when his fiancÃ© reportedly claimed that he had gone to a girlfriend.

“Nyamah [Joe] called me while we were trying to offload gasoline last night; I told her that I was working but she didnâ€™t believe me,” Torlah told reporters. He continued: “She told me that I was at girlfriend’s place and that she was putting my house on fire.”

Torlah said in addition to his mother’sÂ life, he also lost items worth US$6,000 in the fire.

An eyewitness of the incident said the late Jallah met her demise when she tried removing an electric wire from the ground around the burnt building to avoid bystanders from coming in contact with it.

She was later taken to the Phebe Hospital where she was pronounced dead by doctors.

Meanwhile, the police have launched a search for Joe in Gbarnga and its surrounding areas.

“We have since received that information and we are doing all to ensure the alleged perpetrator is arrested,” Flomo said.

Several residents of Gbarnga trooped in the Rubber Factory Community in the morning hours of Wednesday to view the scene.