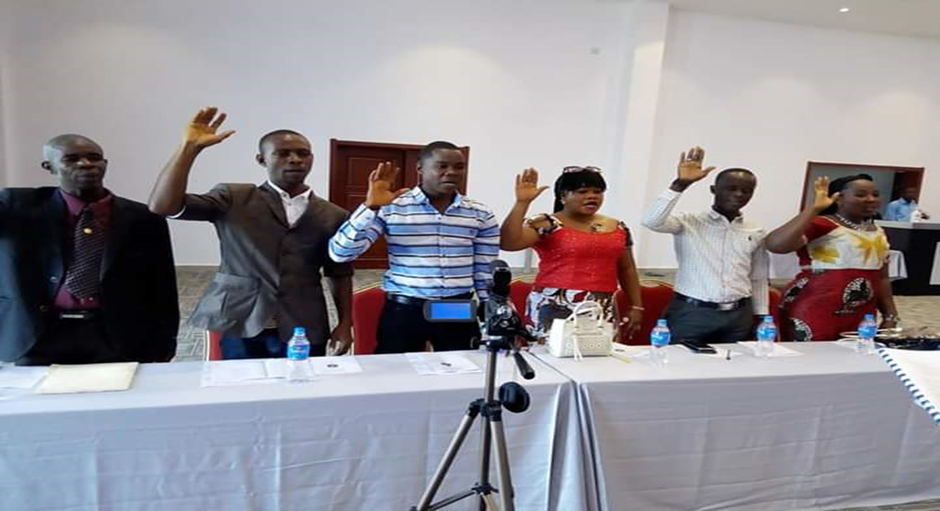 RIA, Margibi- Workers of the Farmington Hotel, near the Roberts International Airport now have a proper channel to champion their concerns and grievances following the induction of their first union leadership over the weekend.

Margibiâ€™s second district representative Ivar Jones, described the induction of the workersâ€™ union leadership as a dream come true for the workforce.

â€œThough it is a right, it is also important to note that it is a privilege for them to work well and improve their livesâ€ Jones disclosed.

Bornes promised that his leadership will bargain for a more better working condition for workers.

Referencing several previous dismissals, he promised to ensure that workers will be provided due process in keeping with the labor law under his leadership as president of the workers union.

â€œMy colleagues and I will make sure that we maintain a better relationship with management and staff at the Farmington Hotel,â€ he said.

The Farmington Hotel which is a US$20 million dollars investment came under the spotlight in March when workers complained its management of bad labour practices, including intimidation, insults, and violation of their rights to form a union.

The workers told lawmakers who were attending a three-day orientation at the hotel, organized for members of the House of Representatives by the National Democratic Institute that, senior staff, especially the immigrant workers consistently molested, intimidated, and abused them, while on duty.

On the request of the Margibiâ€™s second district representative, Plenary of the House of Representatives invited members of the hotelâ€™s management team, but they refused to appear on the first invitation, which led to a contempt charge from the lawmakers.

After finally appearing, the hotelâ€™s general manager, Richard Robaix, denied allegations that the hotel was engaged in bad labor practices against its Liberian workers.

However, the plenary of the House requested the management of Farmington Hotel to address the concerns of the workers, which included ensuring proper compensation for work done on holidays, providing transportation for workers, and allowing workers to exercise their rights to freedom of expression and association.

The lawmakers also instructed the management to immediately reinstate workers it reportedly dismissed for disclosing their plights to the districtâ€™s representative, Jones. The issue was then turned over to the Committee on Labor for further investigation and ensures compliance.

The induction of officials of a workersâ€™ union on Friday marked the beginning of a new day at Farmington hotel. Workers were seen beaming with smiles indicating a milestone achievement to their plights.

Meanwhile, Dominique Viard, Farmington Hotelâ€™s new Manager said he is happy that the hotel now has a workersâ€™ union, it would serve as a link between management and the workforce.