MONROVIA, Montserrado â€“ The World Bank has donated ten vehicles to strengthen three programs at the Ministry of Health – the Community Health Assistant Program, the Performance-Based Financing program, and the Nursing and Midwifery Division.

Munirat Ogunlayi, a senior health specialist from the World Bankâ€™s Liberia office, presented the ten vehicles at the Ministry of Health on Tuesday.

Ogunlayi said the ten vehicles were valued at US$480,000, including insurance. They are expected to support various units within the Health Ministry at the county, community, and central levels to ensure that quality health care is provided to Liberians.

Ogunlayi said the donation was being made as part of the World Bankâ€™s US$31 million Health System Strengthening Project, which began in 2013 and is expected to last until 2020 unless extended by donors.

She noted that the US$31 million had a US$21 million grant component and a US$10 million credit component.

One of the programs expected to benefit from the donation, the Performance-Based Financing program, is running in eight secondary level hospitals and at all primary public health facilities in hard-to-reach counties such as River Cess, Sinoe, and Gbarpolu, Ogunlayi said.

â€œThe essence of the Performance-Based Financing is to actually encourage the workers to improve the health facilities, and motivate the health workers to provide quality health services to the people of Liberia,â€ she said.

As for the Community Health Assistant Program, Ogunlayi told The Bush Chicken that the World Bank is supporting the initiative in seven counties. 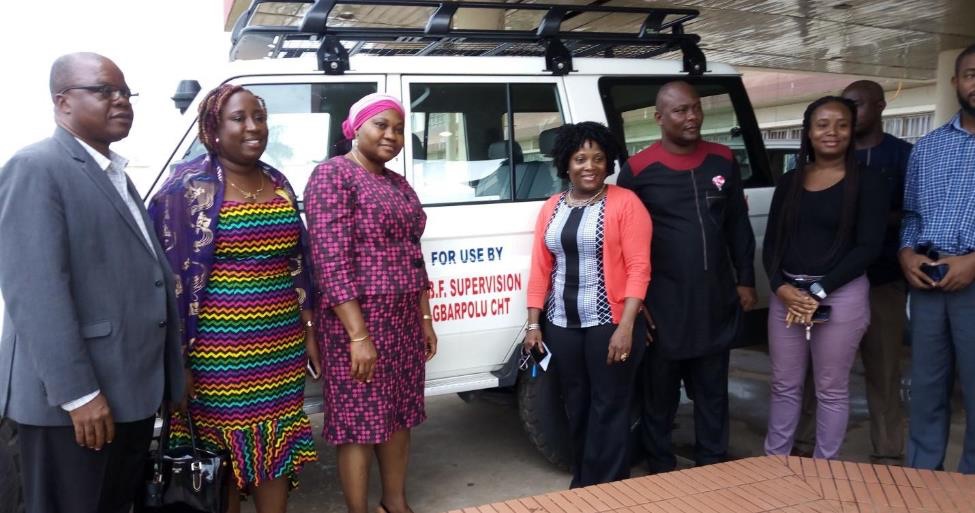 The Ministry of Healthâ€™s deputy minister for administration, Norwu Howard, thanked the World Bank for the support and said the need for vehicles to access hard-to-reach communities across the country could not be overemphasized.

She assured the World Bank that the ministry would maintain the vehicles and use them for their intended purpose.

The Health Ministryâ€™s director of the Division of Transport, Daniel Ochiche, said three of the vehicles will be given to the Community Health Assistant Program, while two will be provided to the Midwifery and Nursing Division. The remaining five will be given to the Performance-Based Supervision unit.

He specifically named Gbarpolu, River Cess, and Sinoe as counties whose supervision units would be strengthened directly through the vehicles.

Sharing
Tags Ministry of Health, World Bank
Contributions to The Bush Chicken are not tax deductible.