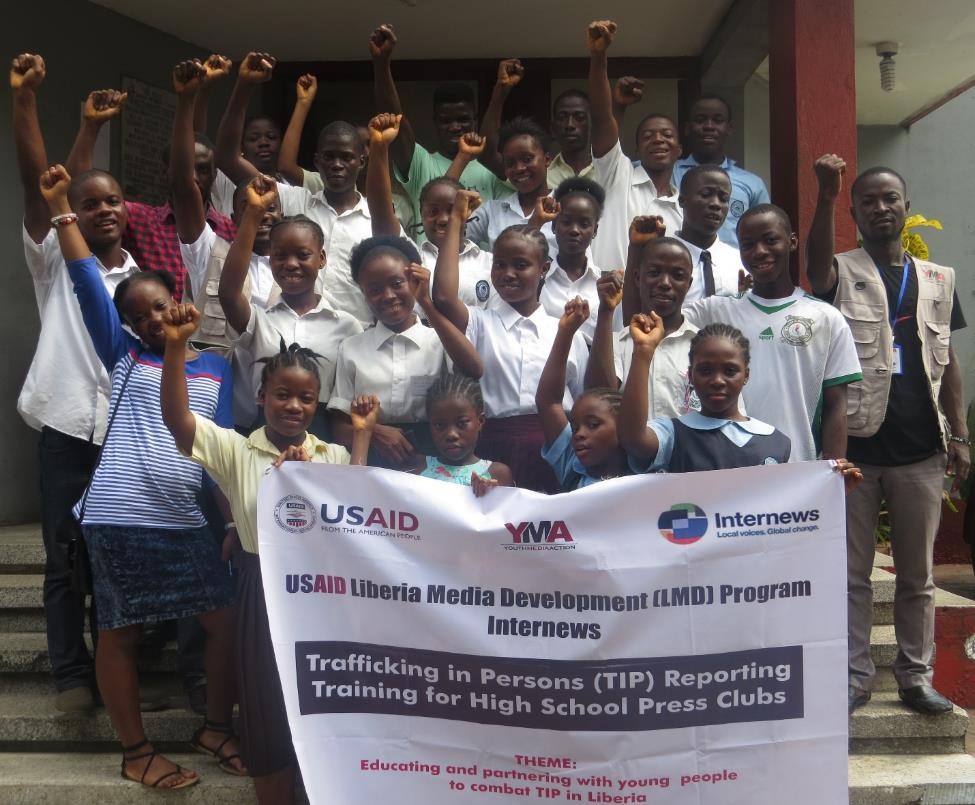 MONROVIA, Montserrado â€“ Students from five high schools in Monrovia have benefitted from a three-day training to identify and report on human trafficking. The training was provided by Youth Media Action, with support from Internews.

The students received training in the global definition and Liberian concepts trafficking, how to identify trafficking activities, and the referral mechanisms available for effective reporting. The students also created and produced short radio messages, songs, poems, and dramas around human trafficking.

A Facebook page already exists where the group uploads its radio programs on ELBC focusing on human trafficking. Each of the participating schools has the opportunity to also upload its published stories to the page.

The U.S. State Department 2019 Trafficking-in-Persons report has maintained Liberia at a downgraded Tier 2 level on its Watch List for the third consecutive year. This stagnated position is due to the countryâ€™s failure to fully comply with agreed-upon minimum enforcement standards regarding trafficking.

During the period under review, the report suggests that the governmentâ€™s efforts have fallen far below minimum expectations regarding supporting victims during trials by providing transportation, security, and shelter; as well as awareness campaigns among public officials, and the training of law enforcement personnel in identifying and investigating trafficking.

In Liberia, human trafficking often takes the form of children brought from the interior of the country in search of better education opportunities to distant relatives in Monrovia. In the capital city, many of these children are often denied education and exploited, as they are frequently made to sell petty businesses and items in the streets, and serve as domestic laborers.

If nothing is done to improve the conditions, Kamara said the country could lose millions of dollars in aids. He emphasized that his organization takes seriously the fight against Trafficking-In-Person and will ensure to promote the campaign at all levels.

â€œMany Liberian children have been deceived and exploited, endangering the future generation of our country, this has to stop,â€ he said. â€œWe must remain firm regardless of economic status and combat trafficking in person.â€

Speaking on behalf of the students, the president of the Tubman High School Press Club, Frederick Gongar, praised Youth Media Action for the training and promised that his club members would use the knowledge and skills they have gained as a guide to providing awareness in their schools and communities.