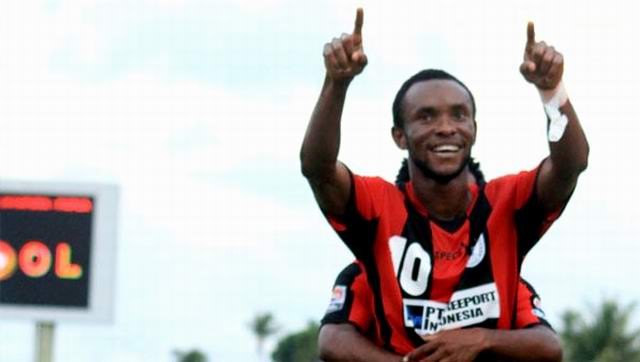 The group stage of the 2017 Asian Football Confederation Cup kicked off over the weekend with three Liberians participating in the first round of matches.

Like the Europa League in Europe, the AFC Cup is Asia’s second biggest club competition.

The Malaysians have had a difficult start to the 2017 Malaysia League season, as they have yet to return to last seasonâ€™s form, which saw them finish second on the league table.

Having lost all three of their previous match prior to the match against Tampines Rovers, FELDA was the underdog.

As many predicted, it was the Rovers who showed supremacy by securing all three points on the home soil. FELDA proved to be a difficult match in the first half, as they held their host to a goalless draw. However, Tampines came stronger in the second period of the match, scoring two goals to ensure a victory.

Korean striker Yong-Chan Son gave Tampines the lead in the 64th minute from Raspreet Sandhu’s assist. The Singaporean club doubled their lead with seven minutes left through Singaporean midfielder Mohammad Kamal before FELDA got their consolation goal in the 86th minute with a shot from 18 yards out.

The defeat leaves FELDA United at the bottom of Group G with no points. The Fighters will hope they return with a win on Saturday, Feb. 25 when they host Perak FA in continuation of the Malaysia Super League.

It was also a bitter AFC Cup debut for Liberian duo Teah Dennis and Marcus MaCauley, who suffered a narrow defeat after their Jordanian club Al Ahli lost 1-0 to Al Jaish SC, a Syrian team.

A first half goal from Syrian striker Mohammad Hamdoko in the 24th minute was enough to condemn Al Ahli to its fourth defeat in the last five matches.

Like Krangar’s FELDA United, Al Ahli has endured a tough time in the ongoing 2017 Jordan League season. In 13 games played, Ahli has tallied only four wins, with five defeats and four draws.

With no points, Ahli sits at the bottom of Group A.

They will return to league action on Saturday, Feb 25 when they travel away to 11th place club That Ras. That Ras is second from bottom on the league table, and Ahli, which is eighth, will be hoping to get a win away from home.