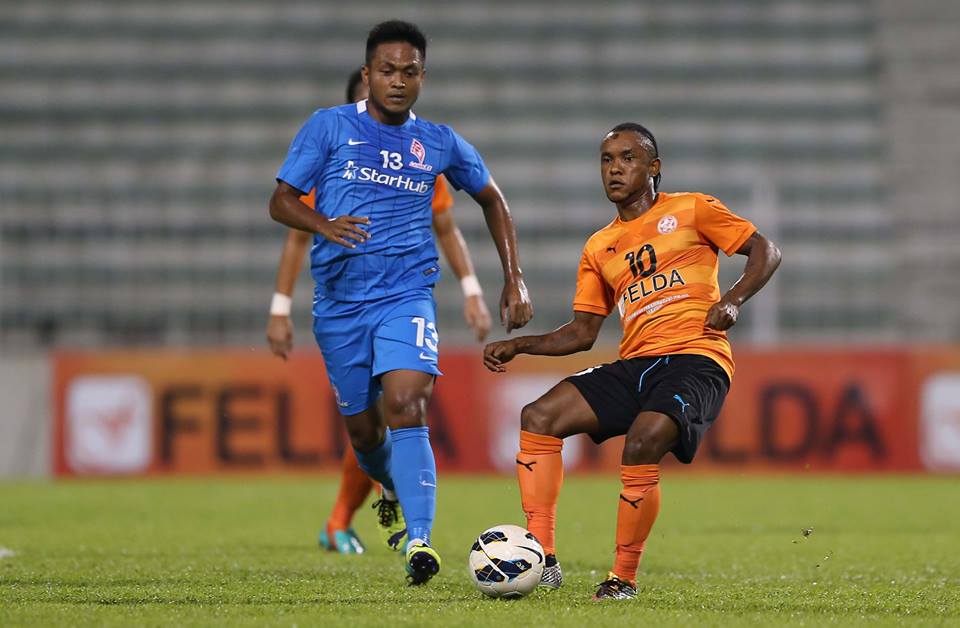 Zah Krangar’s dream of wearing silverware in the 2015 football league season finally came to an end after his club Felda United were whipped 2-1 by Kedah FA in the semi-finals of the Malaysia Cup.

After a 2-2 draw at home in the first leg, Felda needed a win or a draw higher than 2-2 to go through to the final but failed to do so as Kedah took advantage and advanced.

Zah felt his side never performed up to task to get a win at Kedah. Though he expressed disappointment, he confessed that Kedah deserved the victory.

“Absolutely, that wasn’t the result the team wanted. Everybody is disappointed, but we can’t do anything about it,” Krangar said. “It’s a game of football and we must expect such. We came to Kedah with the motive of winning but unfortunately the result didn’t go our way. We had our chances at home in the first leg, but we squandered them. They had theirs and utilized them. We will grieve, but we have to move on and get prepared for the upcoming season.”

In Spain, William Jebor continues to struggle to start for Ponferradina, despite scoring in their midweek Copa del Rey 3-0 win over La Liga side Eibar.

The Liberian striker was overlooked by Coach JosÃ© Manuel DÃ­az FernÃ¡ndez in Ponferradina’s weekend league match against Osasuna. Jebor had to watch from theÂ bench again as his side took all three points after an impressive 3-0 victory.

Jebor has made only six league appearances out of Ponferradina’s 16 league games this season.Â Ponferradina’s win over Osasuna took the team to the 5th place on a 22-team table in the Spanish Segunda division.

In a brief interview with The Bush Chicken after the match, Grimes stressed his frustrations.

“We will get that result out of our system in 24 hours, and it’s a bit setback for us,” Grimes said.Â “They are a great side, and we have great respect for them, but at the same time, we have shown in this league that we can be as good as other top teams, if not better.”

“We were ahead, and it is a huge disappointment not to get all three points. We will go back to the dressing room and get fully prepare in order to start winning again,” Grimes added.

With a single point earned at home, Nea Salamis remains in fifth place, with 23 points from 13 games.

Still in Cyprus, Theo Weeks’ club Ermis suffered their 6th defeat in the Cyprus first division after a 2-0 loss at AEK Larnaca.

With 13 rounds of league games being played, Ermis is seated at 12th place, third from the bottom with 11 points.

In Jordan, both Teah Dennis and Marcus Macauley played full 90 minutes, but their presence on the pitch could not prevent their club Al Ahli from drawing 1-1 with bottom team Al Asalah.

Ahli has struggled to find a winning form in Jordan’s first division league since the start of the new season. From nine league matches, Ahli has won 4, lost 3 and drew 2.

They are currently seated fifth on a 13-team log with 15 points.

Turkish-based forward Tonia Tisdell continues to stay on the sideline as his club OsmanlÄ±spor continues their poor league form this season.

OsmanlÄ±spor received its 7th league defeat of the season after a painful 1-0 lost at home to KasÄ±mpaÅŸa.

OsmanlÄ±spor has dropped to 12 on the league table with 15 points from 14 games.