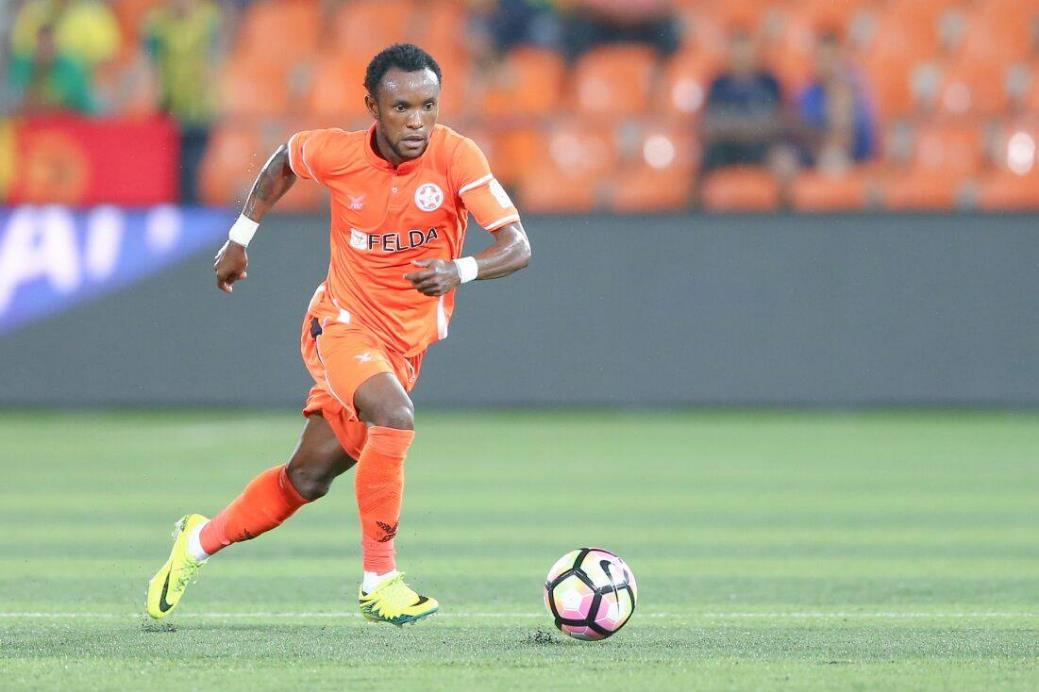 Round five of the 2017 AFC Cup has concluded with Jordan-based Liberian duo Teah Dennis and Marcus Macauley exiting the competition despite having a game to play to conclude their matches in the group stage.

The Liberian internationals bowed out of the competition following their club Al Ahli’s 2-1 loss to Al Jaish of Syria. With the match being played on home soil, Al Ahli was hopeful of getting a place in the next round with a win over the Syrians, but it turned out the opposite as their exit in the competition was confirmed after the sound of the final whistle.

First half goals from Al Kaddour and Yousef Kalfa in the 22nd and 41st minutes gave Jaish a 2-0 lead until Ahli got their consolation with five minutes remaining in the match. Jordanian striker Malick El Hadji scored Ahli’s only goal as they bowed to the visitors in a match where Marcus Macauley was shown the yellow card in the 39th minute.

The defeat leaves Al Ahli third in Group A with five points from five games, six points behind league leaders Al Zawraa and four points behind second-placed Al Jaish. Al Ahliâ€™s exit from the competition has been confirmed despite a game in hand. A win for them on match day six against Al Zawraa will see them earn eight points, still one less than Al Jaish.

Meanwhile, Zah Krangar’s Felda Unitedâ€™s poor run in the 2017 league season continued with the club suffering another defeat in the AFC Cup. The Malaysia Super League clubâ€™s hopes of qualifying for the group stage took a major twist following a 3-1 loss to Singaporean Super League club, Tampine Rovers at home.

Felda convincingly whipped Filipino side Ceres 3-0 in the last match and was aiming for a win against the Tampines Rovers on home soil to stand a better position of going through from the group stage. However, their poor form resurfaced as they suffered a 3-1 defeat despite playing at home.

The visitors got the curtain raiser in the 29th minute through Croatian forward Ivan Dzoni before Felda got the score leveled after the first half breakthrough Norshahrul Talahaâ€™s 51st-minute strike. They were denied from getting a point after Singaporean international Khairul Amri scored twice in the 68th and 72nd minute to give Tampines a two lead advantage. Felda failed to get the back of the net again until the 90th minute to suffer their second defeat in the competition.

With no point earned, Felda has been rooted at the bottom of Group G with five points from five games. They are three points behind the first and second place, Ceres and Ha Noi, and a point behind third place Tampines Rover.

Their chances of qualifying from the group stage remain open but appear to be difficult due to their poor form. They will have to win away at Ha Noi on the final day of group matches by four goals and avoid conceding while hoping that that first place Ceres will get a win over third place Tampines Rovers. A 4-0 win away at Ha Noi will see Felda level on points with Thia club but ahead on goal difference.