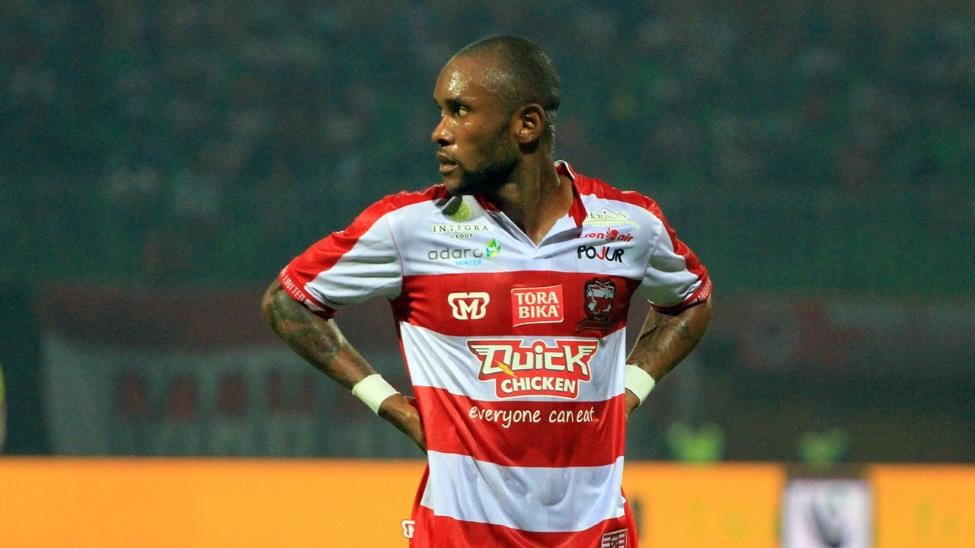 Liberian international midfielder Zah Krangar continues to prove that age is just a number with his top performances with Madura United in the 2018 Indonesia Super League season. Krangar scored his sixth goal of the 2018 season to help Madura United earn a win after a three-game winless streak.

With opponents PSM Makassar going into the match with six consecutive wins and at the top of the super league table, it was an uphill task for Krangarâ€™s Madura United that had failed to win in their last three games.

Playing at home, Madura United had the backing of their huge fan base whom they rewarded in the 41st minute when they got the curtain raiser. Malian striker Mamadou Samassa scored from 35-year-old Slamet Nurcahyonoâ€™s assist to give Madura the lead after failing to break the deadlock on several attempts in the early minute.

Samassaâ€™s goal was the only thing that separated the two sides at the end of the first half, as Madura went to the break not sure of securing a win against a team that had won six games in a row.

As expected, PSM Makassar returned stronger in the second half as they went in search of an equalizer. However, the league leaders failed to find the back of Maduraâ€™s net.

Five minutes to the end of the match, Zah Krangar scored to double his teamâ€™s lead. Madura kept pushing for more goals and their hard work on the pitch paid off as they went on adding their third goal in the stoppage time of the match. Samassa completed his brace with an easy tap-in finish to make the score 3-0 in favor of Madura United.

Krangar has scored six times and assisted four in 26 games for Madura United in the 2018 Indonesia Super League. The 3-0 win allowed his team to climb fifth on the Super League log with 43 points from 28 games.

Sharing
Tags Zah Krangar
Contributions to The Bush Chicken are not tax deductible.