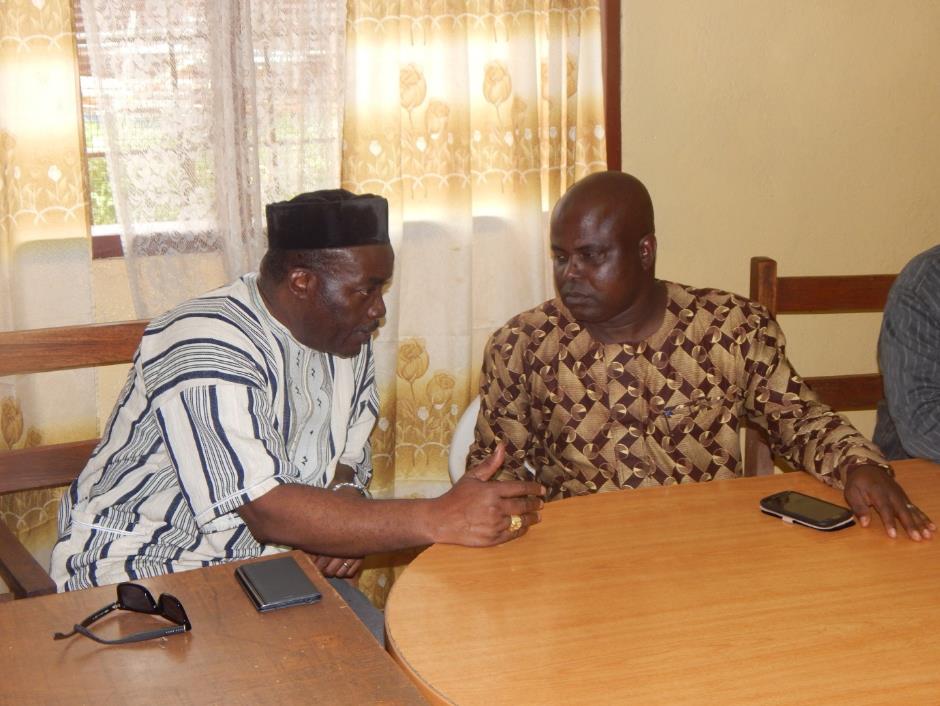 GANTA, Nimba â€“ Itâ€™s nearly one year since the 2016 Sept. 30th stream of mob violence took place in Ganta, following the death of a commercial motorcyclist.

Lives were lost, and property belonging to Prince Howard was destroyed. In consequence, a curfew was imposed, and ringleaders of the violence were charged and sent to court.

The rioting sparked concern from every angle of society, including the Ganta Christian Community. The GCC in a communication to the superintendent at the time requested his intervention and speedy resolution of the matter.

His somewhat inelegant statement seemed to implicate the Christian community as rioters. This quote, in particular, has been played continuously on a local radio station in Ganta as an introduction to its newscast.

Notwithstanding, on Sept. 1st, barely 11 months after, the superintendent has finally bowed down to the many calls for his apology to the Christian community in Ganta, in what appeared to be a secret meeting held at the Ganta Bethel Central Church.

The Bush Chicken and ELBC reporters received a tip-off of the superintendentâ€™s meeting with the Ganta Christian Community and managed to get words from him following the meeting.

â€œI think the way this statement is being played repeatedly on radio, has been inciting the Christian Community,â€ he said. â€œTo my surprise, when I came, they said they really felt undermined and disrespected by that. And I told them that I was very sorry about the statement â€“ how they felt. And let bygones be bygones because everyone makes mistakes.â€

According to the Zuagele, it took him this long to apologize to the Christian community because until now, he had perceived their grievances as rumors.

He said: â€œI donâ€™t respond to rumors. If so, think about the many of the things I hear around here every day.â€

Zuagele said his action to realize his mistake to apologize to the Ganta Christian Community was inspired by a local pastor.

â€œIt was one pastor who called me the last time our passing through here, and we sat down, and this was when he really brought this thing out to me. I told him I was going to get back to him after some time. After further consultation, I felt that the people were really offended, and so I thought to come and apologize to them,â€ he recounted.

One of the pastors who has been vocal on this issue, Larkpor Dahn of the Philadelphia Ministries in Ganta, said: â€œFor a leader to hearâ€¦ and consent to come back and we can even sit and dialogue, thatâ€™s a sense of progress in our community.â€

Zuagele, however, said his apology at this time is in no way associated with any political undertone as suggested by some members of the GCC.

â€œI am not running for any elected position, so this is not about politics,â€ he said.

16 hours ago by Eric Doue