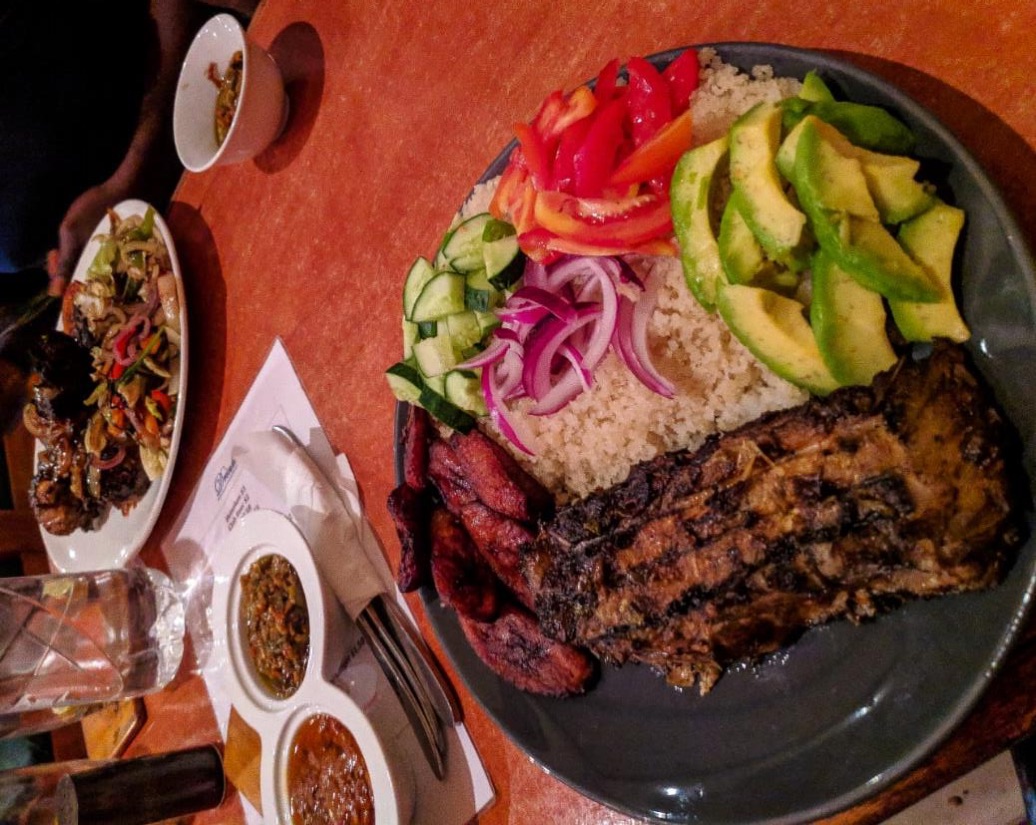 After an absence from Liberia of 30 months, it was with much gusto that I tucked in two Evelyn’s meals in one day.

A catered lunch of dumboy and soup was how I had usually experienced the restaurant, its hearty national flavors offering take away succor from within the confines of uncomfortably frigid conference rooms.

A dine-in experience later that Friday evening allowed the restaurant, located on Gibson Avenue in Sinkor, to shine in all its glory, however.

While the customer base was worryingly small for a night that typically attracts a prodigious number of merrymakers, those present would find the meals a superb foundation on which to fortify their stomachs for a night of carousing.

Ironically, however, one of the highlights of Evelyn’s is their beverages. I believe the entire party of four found the non-alcoholic homemade ginger beer to hit a very special spot on our taste buds. Drinks were nicely garnished with a slice of fresh apple and one of us was presented with a towering, mystifying take on an upmarket slushie (he seemed to quite enjoy dismantling it).

Those looking for something a bit more hard-hitting may be best catered for by the locally produced Jungle Juice, which seemed to come in much more lovely packaging than I’d remembered. Harder spirits seemed to run quite pricey and in sharp juxtaposition to the food, appeared to be mostly of Western origin.

I was most impressed by the generous portions. The plump, succulent chicken was a particular highlight. It’s mild, smooth flavoring belied a myriad array of understated, yet scrumptious seasonings.Â  It worked well the warm and delectably moist fried plantains. 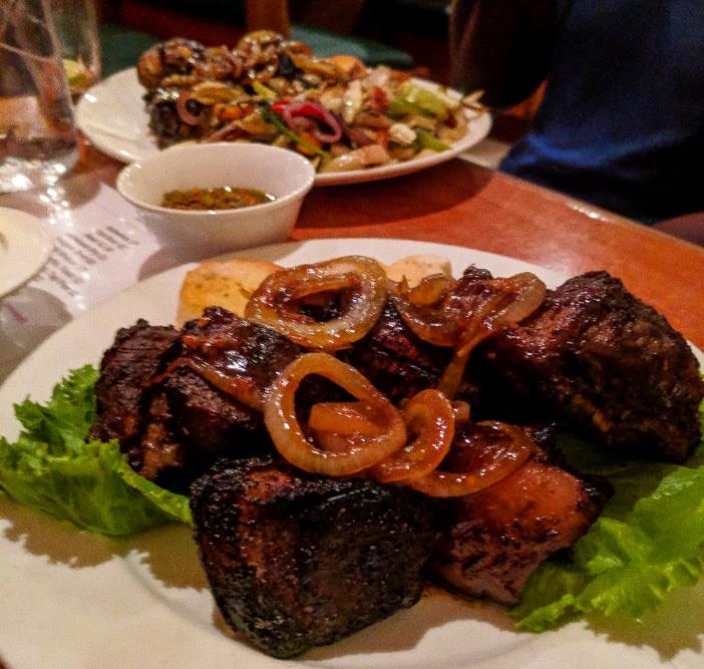 The attieke with fish was also quite solid, and not overly oily, a problem I’ve often noticed in the Liberian execution of the Ivorian staple.

Service was solid; we were the last table to leave, well after closing time, but were not rushed. Our only female companion seemed to be particularly pleased. In addition to her eat-in meal, she placed a takeaway order, gushing with satisfaction that the waiter takes care of her quite nicely whenever she comes.

A review of Evelyn’s must emphasize two particularly distinguishing characteristics.

Notably, it must be one of the most comfortable places to eat national cuisine in the whole country. I wasn’t seated in a plastic chair, the bathrooms are clean, the vibe is relaxed, climate control is just right, and the noise levels are optimal.

Secondly, like many establishments, the Liberian dishes available rotate on a daily basis. If dining with the aim of satiating a specific craving, do some advance research on what is available when to avoid disappointment.

For a comfortable and relaxing spot to dig into large portions of your favorite Liberian dishes, Evelyn’s is pretty much unparalleled. Prices are well in excess of the typical cookshop, but it offers much that they do not.

Sharing
Tags Jungle Juice
Contributions to The Bush Chicken are not tax deductible.