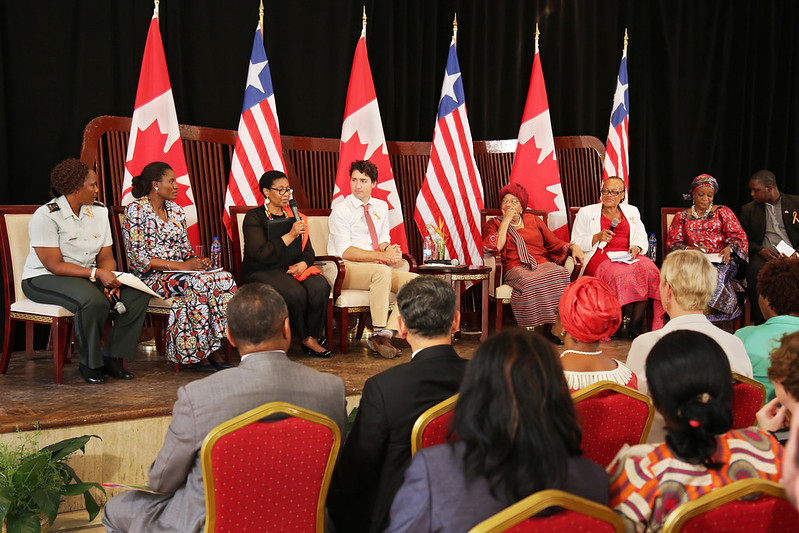 On March 8 of every year, the world usually gathers to reflect and celebrate women’s achievements. People around the globe dress in purple, green, and white to celebrate how far women have come in society and how they’ve accomplished so much in different spheres of life, including politics, business, health, science, education, and technology.

As Liberia joins the rest of the world in celebrating this year’s International Women’s Day, it is worth asking ourselves these two questions:

A sober reflection on these questions produces hard and sad facts.

Liberia has poorly performed in promoting women in political leadership. According to U.N. Women, Liberia ranks 40 out of 54 African countries in terms of the number of women in parliament and 149 out of 191 countries worldwide.

In 2017, Liberia held its presidential and legislative elections, which brought Pres. George Weah to power. There were 20 candidates vying for the presidency, with MacDella Cooper being the lone female candidate in the race.

Also vying for 73 seats in the House of Representatives were 984 candidates, of which 156 were women, according to the National Elections Commission. Only nine female candidates were victorious. One of these women, Munah Pelham-Youngblood, died in 2020, dwindling the number of females in the lower house to eight. The upper house currently has one female senator (Nyonblee Karnga-Lawrence) out of 30. This number is expected to increase if Gbotoe Kanneh of Gbarpolu is certificated after an ongoing election dispute.

During the recently held mid-term senatorial elections, the opposition coalition was the only party competing in races in all counties that featured the 30 percent female candidates suggested by law.  The ruling Coalition for Democratic Change, whose standard-bearer is a self-proclaimed feminist-in-chief, didn’t feature a single female candidate on its party’s ticket.

As though zero support to promoting women in political leadership is not enough, women who intentionally challenged the odds in recent elections were violently attacked on many occasions. This bad precedent violates the constitution and international human rights treaties.

These cases are illustrative of the contributing factors to the huge gender gap and discrimination against women in politics in Liberia, despite our country being party to several international treaties dealing with promoting women’s participation in political leadership. These include the U.N. Convention on the Elimination of all Forms of Discrimination Against Women, the International Covenant on Civil and Political Rights, the African Charter on Human and Peoples Rights, and the Sustainable Development Goals.

Liberia has reneged on its national, regional, and international commitments in ensuring equal participation for women in politics. International Women’s Day is not only a time to celebrate women but also a time to call for change. As we celebrate this day, let us challenge our president, legislators, and justices to step up and ensure that women fully participate in the political process. It is time for our legislature to swiftly revisit all legislation aimed at promoting women’s political participation that have failed in the past.

These include the Affirmative Action for Equitable Participation and Representation Act of 2016, which aims to create 21 new seats with 15 reserved for women and 3 each for persons with disabilities and the youth. Another bill worth revisiting is the 2010 Gender Equality in Politics Act, which would alter the New Elections Law to strengthen the requirement of political parties to field no less than 30 percent representation of each gender for elected positions. This bill also provides for a special incentive funding system created by the government and made available to political parties that meet the minimum requirements of women’s participation in the party’s leadership.

We are also calling on the president to augment the number of female cabinet ministers in his government. We all have a responsibility to ensure that women are afforded equal and fair opportunities in the political space of our country.

We can achieve it and we will achieve it. In the words of Michelle Bachelet, “A better democracy is where women do not only have the right to vote and to elect but to be elected.” This is the kind of democracy that we are fighting for. The face of power must change! Women deserve a seat at the decision-making table and we must demand it! Liberia will be a better and safer place when women are given the chance to lead!