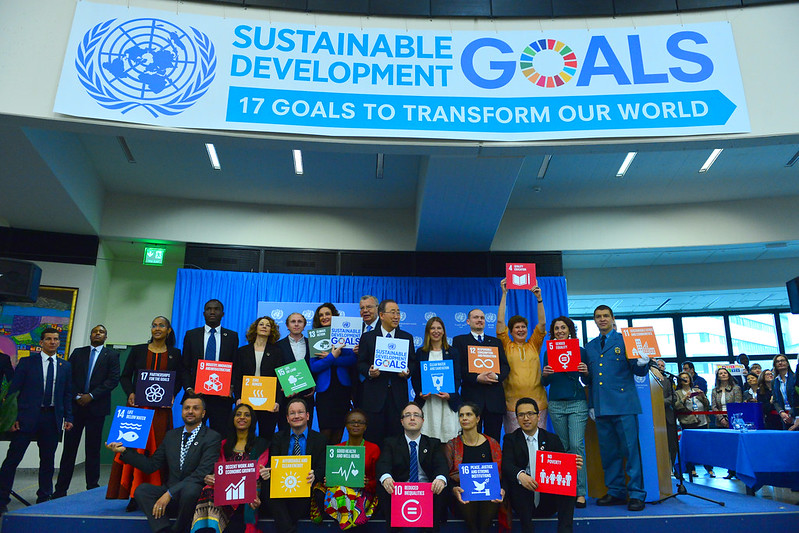 For 30 years now, the United Nations has been measuring each country’s human development. The 2020 Human Development Report reveals some gains over the past three decades in Liberia including:

And some decreases including

Liberia’s Human Development Index increased from a low of 0.432 in 2005 to 0.480 in 2019, which remains near the bottom of the world with Liberia ranked 175 out of 189 countries. Inequality brings that value down even further to 0.325, a loss of 32.3 percent, which according to the report, is due to inequality in the distribution of the HDI dimension indices.

In another measurement, the Gender Inequality Index, which measures gender-based inequalities such as reproductive health, empowerment, and economic activity, Liberia remains near the bottom at 156 out of 162 countries. In 2019, Liberia’s GII was 0.650. High maternal mortality, high adolescent birth rates, low representation in parliament, low secondary education rates, and low labor force participation rates contribute to these inequalities.

Clearly, there’s a lot of work ahead, and that’s just on the human development front. Another pressing issue involves climate change and sustainability. It’s not enough to develop human capital; we must do so with sustainability in mind and our global neighbors’ help.

The Developed World’s Outsized Impact on the Climate

Why should developing countries bear the burden of caring for the environment when the developed world is primarily responsible for the bulk of the world’s emissions? It’s a fair question. No doubt, industrialized countries have been polluting our oceans, waterways, and the atmosphere for centuries and their global impact overshadows that of a small country like Liberia.

When measured in terms of sustainable CO2 consumption, the developed world has a long way to go. According to the U.N.’s World Economic and Social Survey 2013, scholars generally accept just over .5 tons of CO2 (tCO2) as a sustainable level of annual per capita emissions. The tCO2 level for the United States at the time of the survey was 19 tCO2, and other developed countries had levels around 10 tCO2. So, what’s the goal to get these emissions down to a sustainable level? 3 tCO2 is the target level to achieve by 2050.

One problem with developed countries curbing their emissions is outsourcing. They send their used electronics components, plastics, discarded clothing, and other items to developing countries for recycling, disposal, or “donations,” which brings the pollution levels down in the originating country. But what happens on the other side? For starters, developing nations tend to have less efficient means of recycling, so even if they do a good job of recycling the goods, the total global volume of emissions actually goes up rather than down as hoped for.

Closely related is consumption. Developed countries are consuming more resources than they have. The earth has limited biologically productive space. One measure of consumption is known as an “ecological footprint,” which is based on the earth’s total bio-capacity of 11.5 billion hectares. With 6.4 billion people, that’s just 1.8 hectares per person. The available bio-capacity in the United States is 3.9 global hectares per person, yet the average ecological footprint in the U.S. is 8 GHA. If every country matched the U.S.’s consumption patterns, we’d need 15 earths to sustain us all.

Kantamanto, Ghana is an excellent example of these concepts. Kantamanto receives 15 million items of secondhand clothing every week — for a country of 30 million. Donors in far-flung lands may think they’re doing good by donating their unwanted clothes — that people with limited means will benefit from them. However, they don’t necessarily know that mountains of old clothes fill landfills in Ghana while other unwanted items are burned. In addition, many textiles wash up on beaches, indicating a more extensive problem likely affecting sea life. It’s a major environmental hazard, and the so-called “fast fashion” trend certainly isn’t helping.

So, yes, the developed world has a lot of work to do, too.

That said, Liberia and other developing nations have a responsibility to develop sustainably. But, we also have an advantage: leapfrogging.

Leapfrogging comes from economic growth theories based on Joseph Schumpeter’s “gales of creative destruction” hypothesis suggests that companies (or, in this case, countries) that rely on incumbent technologies have less incentive to innovate than potential rivals. As a result, their leadership role declines when new innovations are adopted by new companies (or countries) ready to take risks. Eventually, the innovations become the new model, and the newcomers leapfrog ahead of former leaders.

We saw this in action in Africa with the adoption of mobile phones. Before mobile technology existed, developed nations had massive landline systems, but Africa’s telecom environment was virtually non-existent. Then mobile technology arrived. African countries had a choice: build traditional infrastructure to catch up with developed nations or invest in mobile technology and leapfrog in that regard. By 2022, sub-Saharan Africa is expected to have nearly 1 billion mobile phones, which is more than enough for the vast majority of the projected 1.2 billion people living in the region.

We also see this in other areas. For example, in Rwanda, the road to modernizing actual roads is a long one. But an innovative drone delivery service called Zipline (the world’s first commercial drone service) is delivering blood to hospitals throughout the country — and in other countries, including Ghana and Nigeria. This same service partnered with Pfizer to provide COVID-19 vaccines by drone, enabling healthcare providers to receive the supply needed without wasting precious vaccines due to expiration dates.

The U.N. 2020 Human Development Report suggests that developed countries can encourage the leapfrogging process and provide technologies and market opportunities. The report says that developing countries are eager to expand and switch to non-renewable sources of energy.

Suggestions include having developed countries:

–    Make these technologies available to developing countries on favorable terms.

–    Open their markets for organic produce from developing countries.

The report suggests that encouraging the leapfrogging of energy production to wind and solar power and expanding organic agriculture in developing countries may also help developed countries switch to sustainable consumption. Thus, a win-win cycle could result, making it essential for both developed and developing countries to collaborate.

However, many strategies can be implemented which will help bring Liberia back to its former glory by fostering sustainable growth within its economy.

Here’s what Liberia needs to do now:

–    Improve government policies on agriculture production, with an emphasis on organic agriculture

–    Increase access to education for youth, women, and girls — especially in remote areas of the country

–    Include the voices of women and youth in decision-making

–    Partner with developed countries to meet development and sustainability goals

–    Create an enabling environment for business initiatives through effective policies, frameworks, and partnerships with governments, academia, communities, and the private sector

Sustainable development and transformation are possible if Liberia implements these strategies with the help of global and local community members.