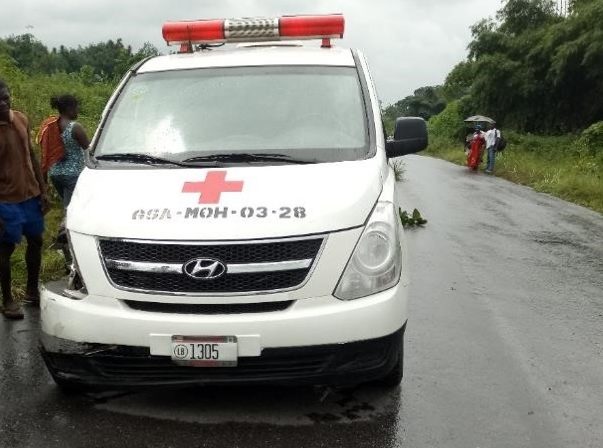 ZWEDRU, Grand Gedeh – The World Bank, through the Ministry of Health, has donated a new ambulance to Grand Gedeh County Health Team.

The ambulance was received over the weekend by the County Health Officer, Dr. Augustine Fannieh, and turned over to local authorities on Monday, November 16 at the county’s administrative building in Zwedru.

During the turnover ceremony, Fannieh disclosed that there had been an increase in the number of emergency cases at the various health facilities across the county. Part of the reason, he noted, was that Grand Gedeh had experienced an influx of Ivorian refugees who were seeking refuge in Liberia due to the ongoing electoral disputes in their country.

Fannieh added that, over the years, the county health team has faced numerous challenges, including a shortage of ambulances and a lack of drugs. Although the county had three ambulances before receiving the most recent one, all are seven years old and need frequent maintenance.

“Our desire is to see that the people of Grand Gedeh County get the quality health services they deserve,” Fannieh said.

Receiving the keys to the new ambulance from Fannieh, Paul T. Neeo, the acting superintendent for Grand Gedeh, praised the World Bank and the Liberian government for attending to the plights of his people.

“This is a clear indication that the [George] Weah-led government is a people-centered one and thinking about the Grand Gedeans,” Neeo added.

Neeo, who called Fannieh an innovative and visionary administrator, noted that under the county health officer’s leadership, there had been significant improvements not only at the Martha Tubman Hospital – the county’s largest – but at all health facilities and clinics across the county.