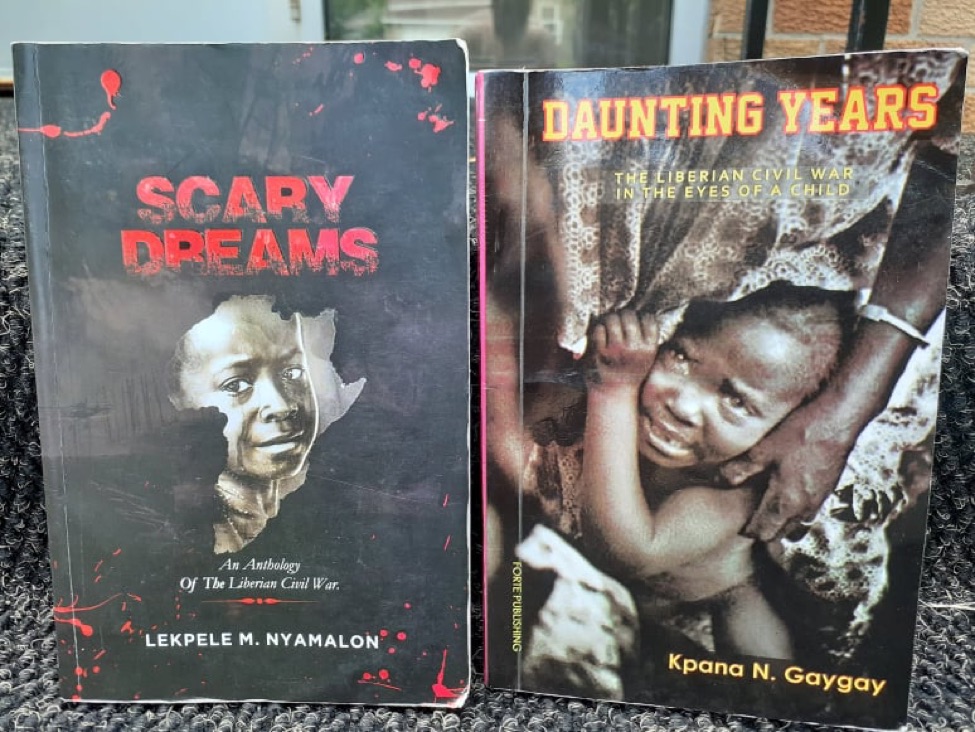 GBARNGA, Bong â€“ Millennials in Liberia are taking the lead in educating their peers and young people about the history of the countryâ€™s 14 years of devastating civil war, a subject that is excluded from the syllabus in schools across the nation.

The scars of the long years of war that spanned between 1989 and 2003 are visible today across Liberia, Africaâ€™s independent oldest nation: victims with amputated limbs, physical wounds, and psychological torments and the gross destruction of major national infrastructure. Yet many of Liberiaâ€™s post-war generation know little about the causes of the civil conflict, because of the lack of textbooks and classes covering the subject in schools.

â€œWithout a clearly and concisely written history of what led to the war, how was it fought, who were those that financed it, what happened during the war and how it ended, the possibility of a future repeat must not be overlooked,â€ said Michael Biddle, a Liberian social justice advocate.

Some high schools teach students about the conflict in other subjects, but many do not.

This is where millennial authors like Lekpele Nyamalon and Kpana Gaygay are taking the lead. They have written their childhood experiences of the conflict.

Nyamalon authored a collection of poems about the civil war entitled Scary Dreams, while Gaygay has written a memoir called the Daunting Years: The Liberian Civil War in the Eyes of a Child. The two books were first published in 2017.

Nyamalonâ€™s Scary Dreams is an anthology of poems about frightening events he witnessed as a child during the war. Among many horrible experiences, Nyamalon tells his story of how he survived the Phebe Massacre of September 23, 1994, during which rebels from the National Patriotic Front of Liberia allegedly murdered 104 people in a battle between ULIMO-K and the NPFL. Nyamalon claims ULIMO-K was responsible for the attacks.

Nyamalon also recounted the experiences he encountered during the war. From long hours of travels on foot that he and his family endured while in search of refuge to ending up at the compound of the Central Agricultural Research Institute in Suakoko.

He said they had gone to the research institute with the hope that the peacekeepers who were there could have protected them from the rebels. Unfortunately, Nyamalon said the peacekeepers could not protect them, as they themselves fled from rebels.

In his book, Nyamalon presents the memory of what happened that night in a poem â€œTanzania Base.â€

From poems to the classroom

Not only did Nyamalon author Scary Dreams; at the moment, he organizes Book Chats â€“ monthly events where Nyamalon visits schools and assembles students and young people, as well as instructors, to read the poems in the book in order to open up a discussion about the civil war.

â€œWe bring young people and try to connect them with the stories and allow them to ask questions,â€ he said.

The students range from those in grade school to university. Those of the students and attendees of the Book Chats who experienced the war are also allowed to share their own war experiences.

Nyamalon has done the Book Chats in three of Liberiaâ€™s 15 counties: Montserrado, Margibi, and Nimba. He hopes to take the project across the country and believes these chats could be used as a â€œtool for national healing.â€ â€œOur country has not taken a deliberate approach to inform or to document our war history,â€ Nyamalon said.

The Ministry of Education remains silent

The Ministry of Education could not comment on why the war history is not being taught holistically in schools, and the role it has played in documenting the war history.

The ministryâ€™s director of communications and public relations, Maxim Bleetahn, â€œacknowledgedâ€ an email seeking the ministryâ€™s position on the issue after an earlier interaction our reporter had with him at his office on 3rd Street, Sinkor. Bleetahn did not, however, respond to questions asked in the email even after a follow-up. In Daunting Years, Gaygay shares her personal experiences as a child, living with her parents, and running from one battle zones to another in Liberia and eventually leading her to exile in neighboring Guinea in the search of refuge.

Her book is a combination of prose, narration, and discerning documentation with the overarching goal of showing a vivid picture of the Liberia Civil War. It is a memoir of Gaygayâ€™s experiences during the war as a child.

Gaygay, like Nyamalon, also shares the view that the history of the war must be taught in schools in the country.

There is no subject that focuses on the history of the conflict in the national curriculum. Â However, the curriculum for Social Studies for Grade 6 has a â€œCurrent events and historical commemorationsâ€ as a topic for instruction, that covers the civil war, but not in great detail. There are also no comprehensive textbooks that would support the teaching of the subject.

â€œIf we are going to move forward as a nation, as a people, there is a need to firstly look at our history. We have to tell our stories, no matter how hurtful they are â€“ no matter how pitiful they are, those stories must be told,â€ Gaygay noted.

Franklin Siakor, director of the Dr. Joseph Saye Guannu Institute for Peace and Conflict Resolution at Cuttington University, says teaching the history of the war in schools has a significant role to play in determining how well Liberia maintains the peace and moves on with the postwar recovery process.

The course helps students to establish a timeline of events that happened during the civil war, Siakor said.

An in-Depth teaching and understanding of the causes and impacts of the war are keen on helping the young generation chart a new course that prevents the nation from reverting to war, according to Siakor.

He believes that stories of things that happened during the war should be gathered and documented for instructional purpose in schools.

He says schools should teach students about the causes and effects of the war, the formation of the different warring factions, and the different peace agreements and processes.

He attributes the war to bad governance â€“ exclusion of other people from decision making, a lack of government transparency and accountability, violation of human rights, disrespect for the rule of law, and unequal distribution of the nationâ€™s wealth.

Vermon Washington, born during the war, is now a junior student studying Civil Engineering at Stella Maris Polytechnic in Monrovia. He has attended some of the Book Chats with Nyamalon.

â€œWe come together and study the book, and the writer helps us to understand the motivation behind the book and as well ask questions about the stories in the book for clearer understanding,â€ Washington said. Asked about the significance of teaching the war history as being done by Nyamalon, Washington said the countryâ€™s education system must reconsider teaching civics in schools and as well do holistic documentation of the war history to inform the younger and future generations.

â€œWe just donâ€™t need to know that the war started on December 24, 1989. That is not enough. We need to know what led to the war â€“ was it an economic crisis, was it a national government issue? Was it about ethnicity, greed? How did the war play out?â€ Washington said, adding that we need to understand the consequences also.

At a recent national colloquium held in Gbarnga, Bong by the Independent National Commission on Human Rights, delegates agreed that the history of the war needs to be written.

The colloquium reviewed the recommendations of the Truth and Reconciliation Commission for implementation by the Liberian government. Traditional and local leaders, youth, women, civil society organizations and officials of government attended the event.

Delegates at the colloquium recommended, â€œthat the government of Liberia writes a comprehensive, inclusive and interactive history and enact into law, National Reunification and Memorial Day and repeal Decoration Day.â€

Until this history is written, Nyamalon will continue to educate the younger generation about the conflict, through poems and literature.

â€œAs a country, regardless of where we come from, regardless of which side of the political divide, we have obligation to posterity, to ensure that the war history is properly documented, that those stories are told,â€ he said.

This story was a collaboration with New Narratives as part of the West Africa Justice Reporting Project.