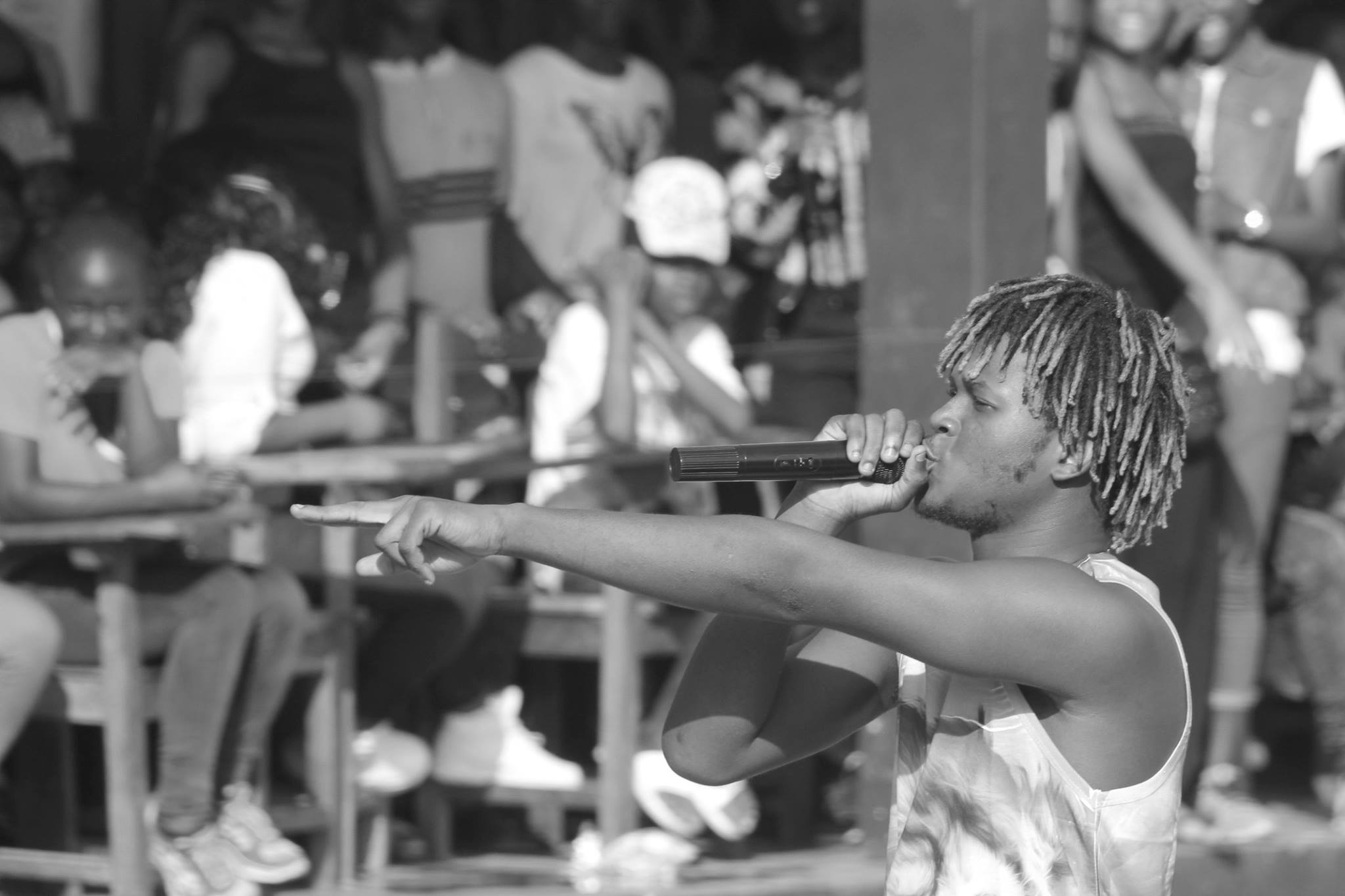 On the streets of New Georgia, a Monrovia suburb, the musician Nuchie Meek is universally recognized. But Nuchie Meek is more than a New Georgia star; he might be one of the more talented and versatile artists in Liberia today.

When he isn’t writing an ode to his community on trap beats, or rapping about his life challenges with exceptional storytelling skills like the intro on his Team Nuchie EP, he is making moves hip-hop songs that attain pop status. His 2019 single “Pepper Soup” was a nationwide hit, he also has a county tour under his belt, and is hungry for more.

Born Siakor Doyas in Gardnerville, Nuchie Meek’s family fled to Sierra Leone during the Liberian Civil War. Upon return, they settled in New Georgia in 2003. His music is mainly classified under Trapco and Hipco, i.e. trap and hip-hop songs with lyrics in Liberian Pidgin English, commonly known as Colloqua. The young rapper has two projects on streaming platforms. He has a single titled “Chocolate ft. CIC” that is currently blazing on the radio waves. His third project, EscoVibeZ EP, was released on May 25. The following is the edited version of a transcript of a phone interview with Nuchie, where he discusses life, industry, the pandemic, and his EP.

How did you get into music?

Music was always a part of me. I am a very talented person. If I do say so myself. I played football and basketball to a great level. Music was another side of me that came naturally. I also grew up with friends that were into music, like Stunna, Araw, and J Slught. I recorded most of those artists’ first songs. I remember by 2012 or 2013, I was making music in my room. I didn’t start and say I wanted to be a musician, but I was making music. It was also a high school thing. I was making music and people in my high school were enjoying it. Other schools started liking my music. By the time I graduated, I was in the music business, although at a time, I still thought I would be a footballer.

You always shout out “New Georgia” in your songs. How was it growing up in the community, and how did it influence your music?

I got to know myself here. I am New Georgia-raised. New Georgia has its own culture. I know people that haven’t left the community and they treat this side like a country by itself. Growing up in New Georgia is crazy; we had everything we needed, though. Thank God for my parents, I went to a very good school, but when I rap about drugs and drug abuse, it’s because I see people who are drug addicts around me. I can take you to New Georgia and show you people I grew up and played football with who are now drug addicts. When I rap about certain things, I am trying to raise awareness on things happening in my hood.

How have you been coping with the global pandemic, and did it influence your latest EP?

I spend my time writing and recording music at my home studio. However, the pandemic didn’t really influence the EP. Most of the songs picked were recorded before the pandemic, and it was recorded based on my vibes at the time.

The motivation behind the EP was to put out music for the fans. That’s why the album is called EscoVibeZ EP. I’m giving them a whole new drug.

How long did it take to make the project? What is the oldest song on the EP?

The oldest song would be the song with fellow musician J Slught. It was recorded last year when I returned from Ghana. The beat was made by A.Fordoe. We all linked up at a party and A.Fordoe played an Indian-inspired beat for us in the car. J Slught and I crafted the hook of that song in the car and we followed through the next day and recorded our verses.

Performances are one of the major ways Liberian artists earn money. Streaming, however, is not bringing in as much due to a lack of a streaming culture. With the pandemic, a curfew and the ban on large gatherings restrict live performances. What’s your view on the Liberian streaming culture, and artists making money off their craft?

The streaming culture in Liberia is bad, and artists need to make money off their craft. A lot of artists don’t get huge streams on platforms like iTunes; we put it on popular Liberian sites like TunesLiberia or Plusliberia. I think it would be better that these sites attach Mobile Money to download. The average Liberian doesn’t get his music from iTunes or Spotify, he gets it from Tunesliberia or Plusliberia. I am sure if you told the fans to pay 100 Liberian dollars, or some money for “Team Nuchie EP,” they would pay. These local platforms need to find a way to monetize. It is a conversation we have been having with TunesLiberia.

Another way for Liberian artists to make money is to get international features, or expand their market or fan base internationally, get a fan base that has access to streaming. They would, therefore, earn from streams or performances based on an international audience.

Are there plans to feature, be featured or collaborate with international artists?

Your songs have transcended just being hipco or trapco, your music is now attaining pop status in Liberia. What is your recording process like? And do you set out to make records to pop?

I work and do music with friends, and when we make music, there is no intention to do hip-hop or Afrobeats or a set genre. I make music based on how I feel and what I am vibing off at the time. I have been listening to a lot of Prodigy, and I have a song on my EP influenced by his music that I heard and vibed to. I also have a song influenced by the American artist YBN Cordae.

I also vibe based on the beats I get. I tell my friends to challenge me with beats. I have songs on beats that people would not expect. I explore my talents and do music on different beats. I make music based on any vibes that come at the time I am recording.

Who are your musical influences? Who is on Nuchie’s playlist?

When it comes to making music, I draw influence from all music that I hear. If you check my phone, you would see different genres of music, ranging from gospel to others. When I listen to music, I listen to a lot of J. Cole, Nasty C, and 2Face. Those artists influence me.

You had a tour last year. Are there plans for another tour or headline concerts?

Yes, there were plans for a university tour before Coronavirus happened. But I hope to get some artists with me to go on tour.

Going forward, what is success for Nuchie Meek in the next 10 years?