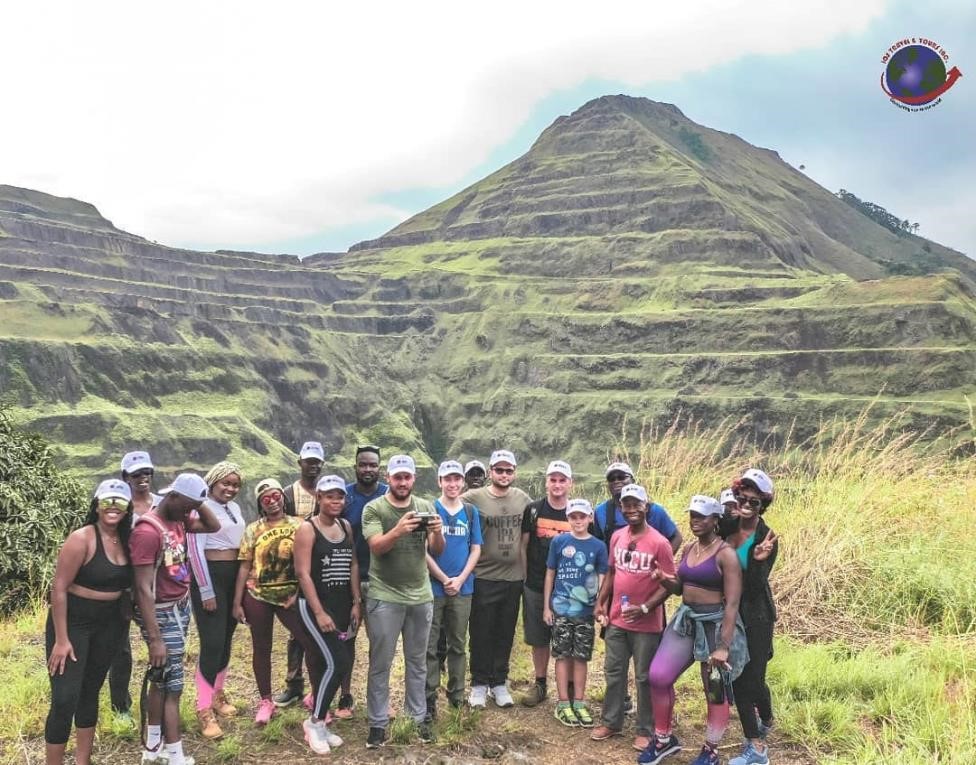 YEKEPA, Nimba â€“ A group of more than 15 international and local tourists last weekend visited the famous Mount Nimba in northeastern Liberia as part of a special tourist excursion organized by Jos Travel and Tours, Inc., a Liberian firm pushing the boundaries of tourism in the industry.

At a peak of 950 meters above sea level and stretching a sprawling 11,553 hectares between the boundaries of Guinea, Ivory Coast, and Liberia, Mount Nimba has become Liberiaâ€™s newest tourist sensation.

Aside from its unique history at the intersection of economics and culture, the mountain sits within a region of rich and vast biodiversity, a unique bat species, and many other endangered varieties of animals and plants.

An artificial â€˜Blue Lakeâ€™ several meters deep also sits atop Mount Nimba, having been formed by the deep gorge left behind from years of iron ore mining by the Liberian American Swedish Mining Company, LAMCO, in the 1950s, 60s and 70s. These natural and man-made features combine to create a conservationist paradise out of Mount Nimba. 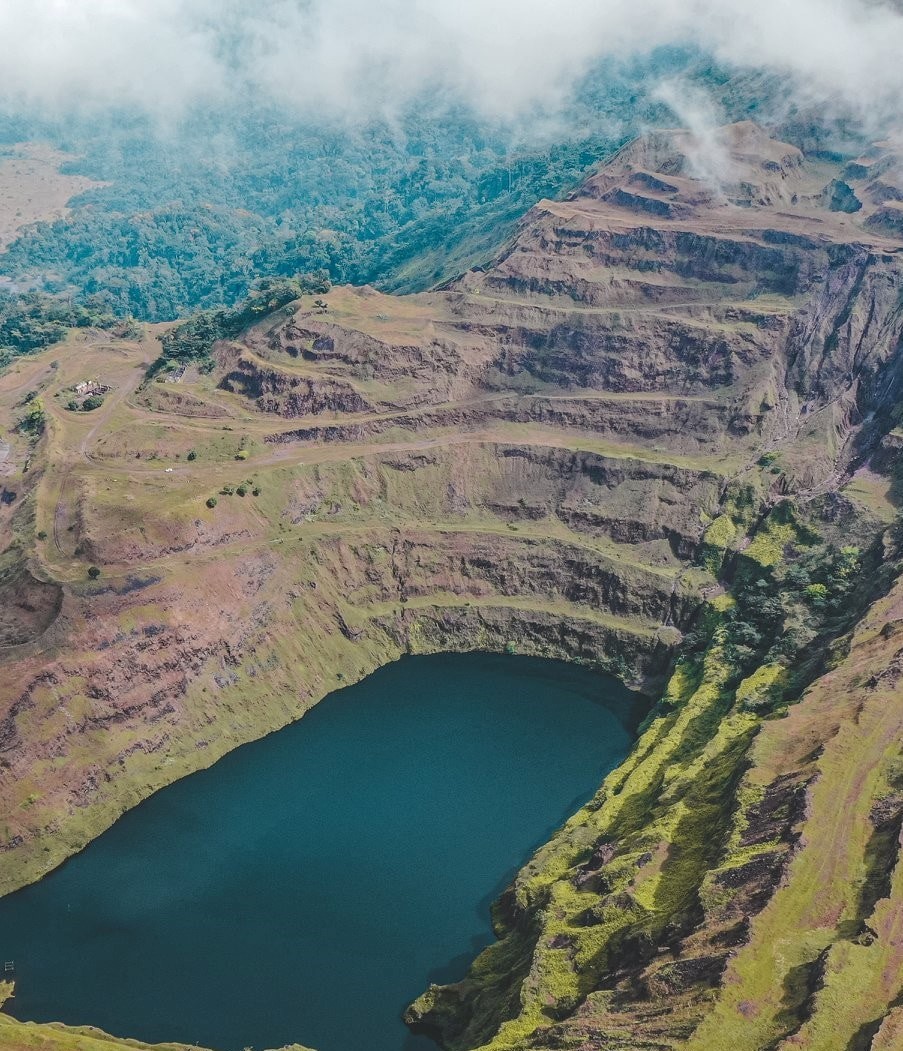 For last weekendâ€™s tour organized by Jos Travels, and led by three of its consultants â€“ Ambrose Wiagbe, Jomah Barleah, and Rami Balagh â€“ there were tourists from Ghana, the United Kingdom, the United States, France, and Kenya who joined their Liberian counterparts to indulge in the natural and unnatural beauty of the mountain for their holiday getaway.

Arriving at sunset in Yekepa on Saturday, Dec. 7, the group was first entertained at the mining giant ArcelorMittalâ€™s canteen, and later settled into the Alvino Hotel in Yekepa for some rest and preparation ahead of day of incredible sightseeing in northeastern Liberia.

Starting at sunrise the following morning, the tour began with a trip to the mountain aboard a 32-seated tour bus and included various phases of hiking and an hour and half direct climb to the top of the mountain, as the tour bus drove slowly behind the group.

Speaking to The Bush Chicken during the tour, one of Jos Travels consultants, Wiagbe, offered some details about the tour, which he said included a running commentary of the people, cultures, natural plant and animal habitations, and the history of mining activities at the mountain, which included how Blue Lake was formed in the 1970s once intense mining activities there had ceased.

He noted that the mountain hosts several plants and animals, as well as the bat caves which attract visitors throughout the years.

â€œWe have everything, but it needs [the] governmentâ€™s attention. We just need to focus on it. Somebody needs to conscientize the government about the promotion and subsequent development of tourism in this country. Tourism brings about speedy and rapid infrastructure and superstructure developments; it brings about capacity building and adds value to our national economy.â€

Despite its name, Blue Lake is not any ordinary lake. Its history of mining activities may pose unknown hazards. The Forestry Development Authority has placed visible signs along the lake warning visitors to â€œswim at your own risk.â€

Freda Koomson, a Liberian of Ghanaian descent, expressed amazement at the mountainâ€™s natural features and its potential as a tourist attraction. She called for greater publicity for the mountain and Liberian tourism broadly through online ads, blogs, and partnerships with other international groups.

â€œI think we all know that more can be done. We are missing a huge opportunity. Just this weekend, we were able to gather our friends to join this weekend. It is a start, but this is an experience that foreigners, expats, and even people from Liberia have never experienced, so we are blessed that this opportunity was given to us by Jos Travels,â€ she continued.

â€œI really enjoy the natural tourism attractions, the land, flowers, mountain, and the water. So amazing, I just enjoy it all. Look, people have to come and see for themselves. Step out of your comfort zone and celebrate the beauty of Liberia.â€ 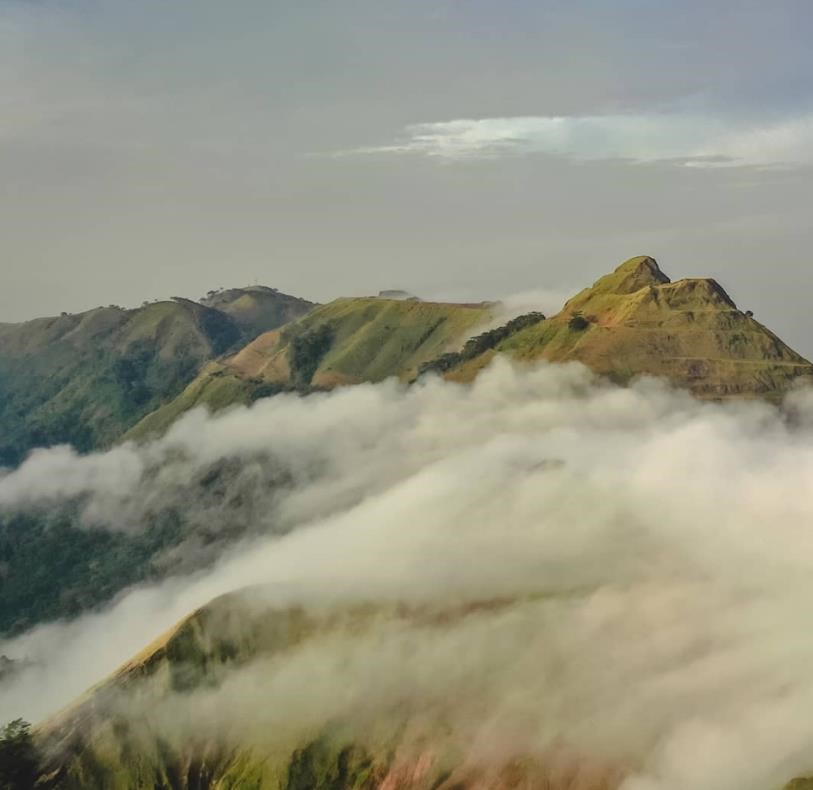 Portions of the Nimba Mountain range from above. Photo: Rami Balagh

Liberia was recently named the eighth-best travel destination in the world in 2020 by Lonely Planet. But despite its huge potential for tourism, the sector remains largely untapped.

Andrew Mumford, a visiting British national, observed that nothing much has been done to attract more international tourists, a view shared by many inside and out of the sector.

With its dense rain forest, natural beauties and wonderful plant and animal species, tourism in Liberia remains a treasure waiting only to be discovered.