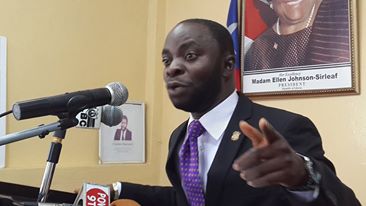 MONROVIA, Montserrado â€“ Deputy Information Minister for Public Affairs Isaac W. Jackson has disclosed that the government would host the Miss Liberia Beauty Pageant as soon as the economic situation improves in the country.

The event was initially expected to take place on July 31, 2015, at the Centennial Pavilion in Monrovia but could not be held due to the lack of willing sponsors.

Jackson attributed the Miss Liberia Beauty Pageant not being held in 2015 to the current economic situation in the country.

â€œThe prices of Liberia two major commodities iron ore and rubber has dropped on the global market,â€ he said.

He explained that as a result of the drop in the prices of both iron ore and rubber, major businesses in the country that usually support the pageant could not do such this time around.

Jackson also conceded that another contributing factor to the lack of sponsorship was the controversy associated with the last event. He said companies are wary of supporting a pageant that may end up providing two queens, who are both eliminated, as it happened in the last pageant that was held in 2012. â€œThe government is working with the organizers to try and convince some of the big companies to support the pageant,â€ he asserted.

Speaking further, Jackson said that no one anticipated Liberia was going to experience such dire economic situation, stressing that it is also regrettable that Liberia did not have a representation at the Miss World 2015 Beauty Pageant.

Jackson emphasized that the government would also take steps to address the mishaps that characterized the last pageant.

He maintained that â€œLiberians will not experience the controversy of the past.â€