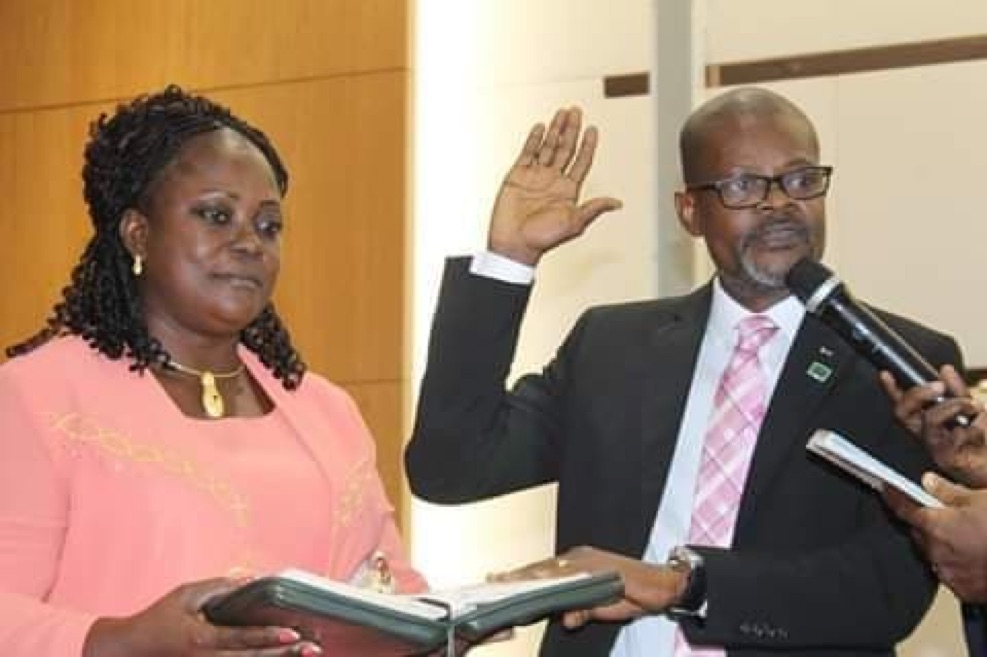 Congratulations and best wishes to you and your family on the important occasion of your commencement of the historic journey as an elected public servant, Honorable Senator of Montserrado.

I write to commend you also for your declaration of assets and slashing of your salary to US$5,000. While I believe you acted based on what you know to be in the best interest of your constituents, please allow me to make a point of historic information. I would like to bring to your attention a fatal systemic flaw in the design of the constitution of Liberia at the core of corruption in Liberia.

Governments in Liberia were designed as an avenue to enrich and empower Liberian politicians while trapping citizens in poverty for the past 200 years. Itâ€™s time to uproot corruption beginning with the flawed design. Join the movement demanding a new constitution designed directly by the people, not the politicians!

Bushrod Washington, first president of the ACS, was a powerful nephew of President George Washington who owned 100 slaves. He never set his slaves free nor did he send them to colonize Liberia. Bushrod Island in Monrovia was named in honor of this racist and corrupt founding father of Liberia who also doubled as a powerful associate justice of the United States Supreme Court.

Henry Clay, the second president of the ACS until 1847, was also a founding father of the American Colony of Liberia who owned 50 slaves. Clay oppressed and never set his slaves free to colonize Liberia. Clay, who called for the extermination of all Native Americans, also served as a powerful speaker of the House of Representatives of the United States Congress, secretary of state, and senator of Kentucky.

The primary purpose of all the white supremacistsâ€™ founding fathers of Liberia was to prevent slave revolt and perpetuate slavery in America by banishing all Native Americans to Indian Reservations and colonizing all free Blacks in the United States to a remote lawless colony in Africa.

For 200 years, Liberia has served its purpose as a colony designed to serve the foreign policy interests of the United States of America by enriching and empowering oppressive Liberian politicians, protecting American corporations, advancing American foreign policy interests while trapping ordinary Liberian citizens in poverty. Itâ€™s time to end corruption: â€œ99 days for rogue, one day for the master.â€

Liberia’s problem of corrupt fruits today started with the sowing of a corrupt seed two centuries ago. To change Liberia, we must change the corrupt system and sow a new seed because “you reap what you sow.”Â Two centuriesâ€™ evidence of the conspiracy against African American settlers (â€œfree men of colorâ€) and indigenous Liberians by the illegal and corrupt plot of top racist American government officials are crystal clear.

Senator Dillon, while your asset declaration is commendable, I would caution you, your supporters, and Liberians in general to realize an important truth: Liberia in its current state is doomed because it was designed to enrich and empower Liberian politicians and advance the foreign policy interests of America.

Black American settlers deported from the United States to Liberia in 1822 to create room for European immigrants to inherit the “Land of Opportunities” created by the blood and sweat and tears of Black Americans as well as descendants of indigenous Liberian tribes subjected to horrific crimes and inhumane brutalities by American colonizers deserve full compensation for damages and every right to enjoy the benefits of America before citizens of any country on Earth seeking to work, do business, or immigrate to America. The sweat, blood, tears and stolen labor and lands of Liberians created the wealth of America. We have already demanded compensation for all Liberians and a halt to the deadly racial discrimination against Liberians by America and corrupt Liberian officials with excessive salaries in a federal lawsuit.

The entire budget for the fiscal year 2017-2018 for Liberia, which is subsidized by American taxpayers,Â was US$536 million dollars. The budget for the Liberian senate pro Tempore was US$1.2 million. Additionally, salary and benefits of the senate pro Tempore’s office were US$482,203, which is higher than the salary of the president of the United States, US$400,000, the salary of speaker of the House in the United States Congress at US$223,500, and the president pro tempore of the United States Congress, US$193,400.

The excessive salaries of Liberian government officials have angered many Liberians. While Liberians are complaining, American taxpayers who struggle to pay bills have been kept in the dark by the United States ambassador in Monrovia, Ambassador Christine Elder, who erroneously said protests against corruption on Independence Day was a bad idea. She seems to be happy with the excessive salaries and benefits of Liberian government officials, many of whom are American citizens.

Liberia is on a dangerous and deadly path of retrogression as long as the colonial, broken and corrupt system of governance remain firmly established in this American colony. The flawed foundation upon which Liberia was built has been crumbling not only since U.S. Navy Captain Robert Stockton and Matilda Newport â€“ the ravaging continues even today with your admirable voluntary asset declaration of 2019 and your arbitrary slashing of your salary in this poverty-stricken nation.

Asset declaration should be neither voluntary nor a favor, but an obligation enshrined in the law with drastic penalties for individuals who disobey.Â  Hon. Dillon, the time has come for a fresh start for the new Liberia with a new constitution designed by the citizens, not crooked politicians like our current, past and proposed constitutions. The new Liberia must empower citizens as masters, with powers to vote for public servants, set salaries and benefits of public servants, and make laws directly through ballot initiatives, irrespective of their education.

Citizens as masters must design the new system that provides equal opportunities for all. Public servants must be public servants â€“ not masters. Once again, I urge you to take the lead and demand a new constitution designed by the people, not the politicians, consistent with Article One of the Liberian constitution:

“All power is inherent in the people. All free governments are instituted by their authority and for their benefit and they have the right to alter and reform the same when their safety and happiness so require.”