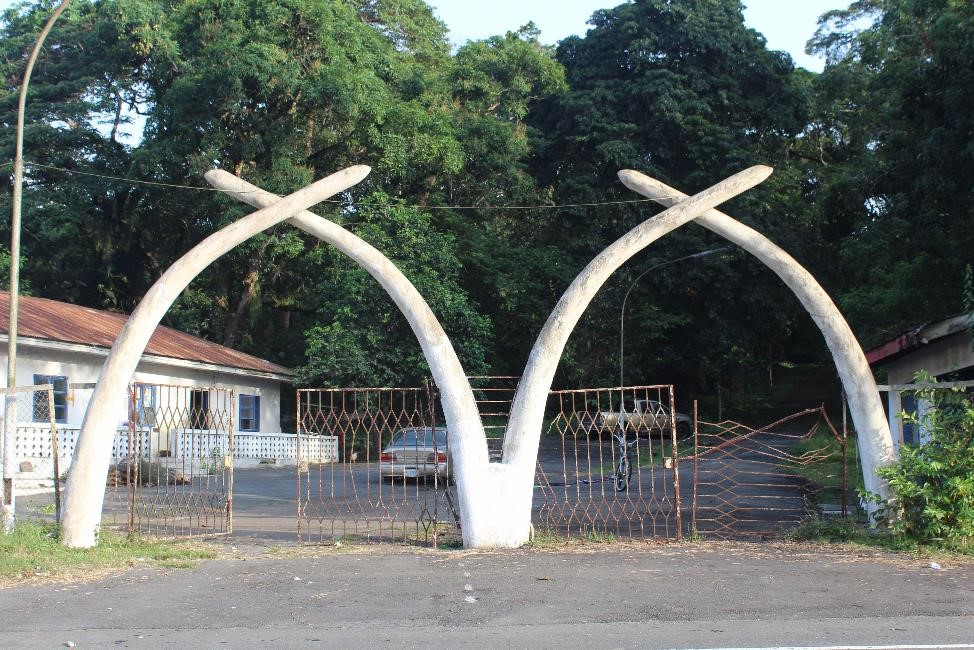 Beyond the Lens is a series that highlights the wonderful people, places, nature, and culture that weave the fabric which is Liberia.

William V. S. Tubman was the 19th president of Liberia and also regarded as ‘the father of modern Liberia.’

About 10 minutes out of Totota, Tubman had an exotic getaway farm, which was more like a zoo. The farm housed several animals, including elephants, ostriches, and pigmy hippopotamus. A blog kept by a man who grew up in Liberia in the 70s and 80s contains photos of the farm and its animals from that era.

Get a glimpse of what is now left of one of Liberia’s most historic sites in this tour of Tubman’s Farm. At the entrance of the farm are several dwelling units where the inhabitants presumably keep guard of the farm. Ruben is one of the children living with his family there. Here, he is seen playing with his father’s electric bicycle that he hasn’t quite figured out how to use yet. As you enter the terrace, there are numerous cages along the path which were once filled with monkeys and other animals but are now empty and deserted. A sign shows that the facility served as a museum after the death of Tubman, housing materials that had been transferred from the Executive Mansion. The museum closed in the 1980s and the papers held at the museum were stored in a library in the basement. According to researchers associated with Indiana University, during the civil war, looters rummaged through the cabinets searching for valuables in a process that left many of the papers exposed and damaged. In front of the mini-mansion are two huge ‘country pots.’ The pots are a significant part of traditional Liberian culture. They could be used for numerous purposes, including protection. These pots seem to embody this purpose as they were strategically located at the entrance of the house. Tubman must have been fascinated by taxidermy, as there were numerous stiff animals seen around the house. In another room, a figure of a crocodile also laid lifeless. Being the president of any country will come with some perks, and this was no exception for the 19th president of Liberia. In the middle of the dining room still stands the table President Tubman most likely had numerous meals on. From its fine craftsmanship, the table looks to be very expensive and also very durable. Tubman’s initials are seen all around the house on various surfaces like the stairs and doors. Tubman’s library still holds many texts and scripts. They are likely not of much significance or worth as a team of researchers associated with the Center for National Documents and Records Agency visited the site in 2005 with the goals of preserving the personal papers and photographs of Tubman. The recovery team secured over 30,000 documents. The photographs are now available for all to view online.