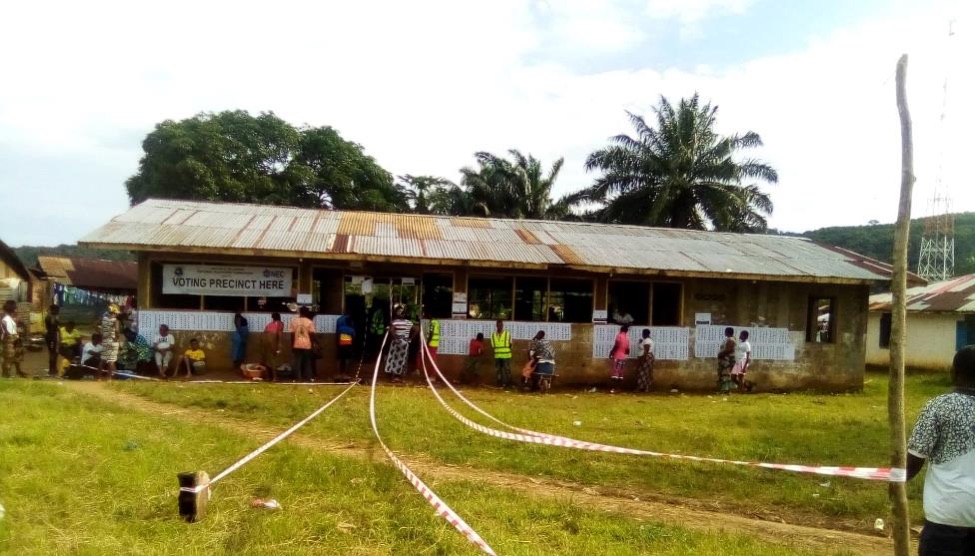 Dagoseh, who represented the county in the Senate, died in early March 2019 after a protracted illness. Seven candidates participated in the by-election, including two females and one independent candidate.

Unofficial preliminary results from 103 of the 171 polling centers place the candidate of the Peopleâ€™s Unification Party, Victor Watson, in the lead, followed by the Alternative National Congressâ€™ Simeon Taylor and Matthew Darblo of the Vision for Liberiaâ€™s Transformation party. The collaborating opposition political partiesâ€™ candidate, Dabah Varpilah, and the United Peopleâ€™s Party candidate, Sando Wayne, trail behind the leaders.

However, the election was generally characterized by low voter participation. Some citizens who refused to vote blamed the situation on the refusal of past leaders to properly represent their interests.

A resident of Robertsport, Mohammed Zinu, said he has no regret for not voting in the by-election, saying he was tired of voting for leaders that make no impact on the development of the county.

Zinu told The Bush Chicken that leaders he voted in the past have failed the county and its people.

â€œI donâ€™t want to make a decision and regret it again. So, I will not vote anyone in this election, and I believe I have that right too,â€ he said.

He also expressed frustration that for several years, the road leading to Robertsport, the countyâ€™s capital, still remains unpaved, while educational infrastructure and equipment for health facilities are still among major challenges.

â€œTo prepare the future generation, there is a need for a proper and modern education system. If we are not educated, how will we take on the leadership of our county?Â  How will we contribute to our country,â€ he also wondered.

Musu Fahnbulleh, a citizen of the county also said past elected officials have deceived voters as they failed to address their plights, as well as deliver on their campaign promises.

According to Fahnbulleh, she did not vote because she was tired being deceived by politicians, as many of the conditions she voted for past officials to change still remain unchanged.

She complained about bad road networks connecting towns and villages, including the road leading to Robertsport from Medina and the lack of empowerment for women. She promised not to vote in any election in the county until a time when changes are being seen as a result of good leadership and representation.

While voter apathy contributed to the low turnout in the election, the Liberia Election Observation Network, a local civil society observer mission which deployed long and short-term observers to cover the by-election, also reported that replacement of lost and damaged voter cards, which is a requirement under the New Election Law for elections, also did not take place.

LEON said the National Elections Commission had earlier scheduled the activity to take place between August 26 and 31, 2019, but later canceled the event.

Those who voted, however, said they did so to change the status quo of poor development and representation in their county.

Tetee Nimley told The Bush Chicken that she voted not just to be represented in the legislature, but because she wanted an individual to advocate for change and development in Cape Mount.

â€œTake a look at the capital city of Cape Mount â€“ does it look like a capital city to you in any way? Our county deserves better too,â€ Nimley said.

She accused her past and present lawmakers of being self-seeking and not doing enough to bring development to the county.

A womenâ€™s group leader in Robertsport, Hawa Paul, said she and other women had decided to vote for their fellow females who were candidates in the by-election because they have long been led by men and are tired of the male â€œsupremacy,â€ which has not impacted development positively.

Paul said it was about time to try women in leadership in the county, because men had failed them.

â€œWe choose to vote a woman because we believe that only a woman can understand and manage the needs of the county,â€ she said.

â€œWe made mistakes in the past. We have realized our mistakes and [weâ€™re] ready to rectify them. You seeing our roads here? There is only one way out and we as women here live by the sea. So, we must act for change now.â€

Grand Cape Mount is among counties with a lower voting population, according to the 2017 voter roll. It has a total of 66,389 registered voters.

Saturdayâ€™s poll was generally calm, with no reports of any official complaints, according to LEON.

The reports were gathered from 27 of LEONâ€™s 40 observers assigned in the county at locations with cellphone coverage. The observer group reported that all polling places opened on time with opening procedures correctly in the presence of party representatives. At least five party representatives were present at every voting center.

However, the group said there was a shortage of polling staff in and around a third of all polling places observed, which resulted in poor queue control or the presiding officer having to do the work of other staff, especially the voter identification officer, earlier after the start of voting. But the National Elections Commission promised to correct the situation by sending standby staff at affected polling places.

â€œIn four polling places, the ballot paper issuer did not explain to the voters how to vote correctly,â€ the group also observed.

According to LEON, the biggest problem observed in the election was the issue of people queuing several times in one precinct in order to find the correct polling place to vote.

â€œThe shortage of queue controllers meant that people were not properly directed. This slowed the election, with people often taking ten minutes at each voter identification station,â€ the groupâ€™s statement further read.

â€œWhere people went to the correct polling place first or were in a precinct with only one polling place, voter identification took less than a minute.â€

LEON believes that dividing the register between polling places by name rather than by number would greatly ease the problem in future elections.

The group also reported cases where a few people were not found at all on the voter lists and were turned away at centers such as Tan Public School in the countyâ€™s first district and the Medina, Sinje Public, and Tienii Public Schools in the second district.

It said a woman with a valid voter card whose name was not found on the voter roll was allowed to vote at the Islamic Model School in Robertsport, something that violates the election law, according to the 2017 Supreme Court election dispute ruling.