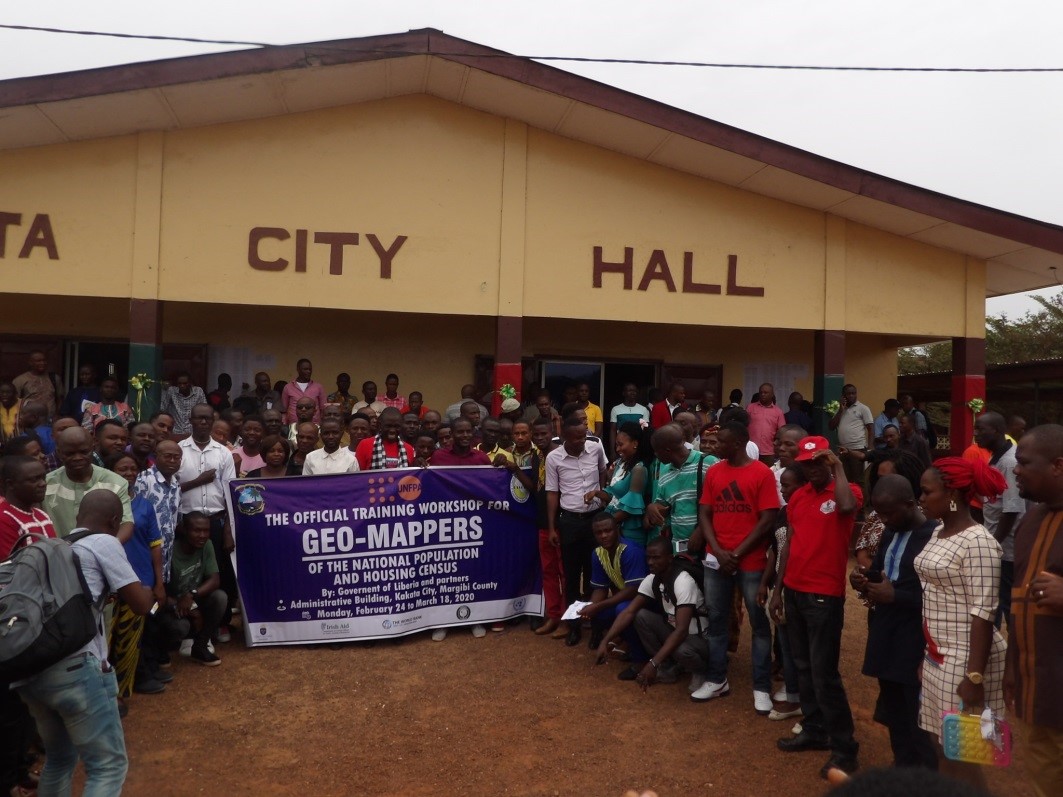 KAKATA, Margibi â€“ The Liberia Institute of Statistics and Geo-Information Services has begun preparing for the 2021 National Population and Housing Census, as more than 200 of its staff have gathered in Kakata for a 24-day training for mapping assistants.

At the launch of the exercise on Monday, LISGISâ€™s director-general Francis Wreh said the pending 2021 census had been delayed due to funding challenges but said next yearâ€™s census would make use of new technologies.

â€œThis will be the first in Liberia to use digital technology at all phases of preparation, geographic planning, census taking, data management, processing, interpretation, publication, archiving, and dissemination,â€ Wreh said.

He urged the participants to heed the call to serve their country and exert enough effort to obtain quality results that will meet international standards.

At the end of the training, Wreh said participants would be able to capture GPS coordinates showing the precise locations of towns and villages. He challenged the staff to brace themselves for sleepless nights that would be necessary for successfully implementing the census.

Ibrahim Sesay, who was representing the United Nations Population Fund, said censuses are important development planning tools for governments, as it allows for better planning for where to allocate funding for roads, schools, and hospitals. UNFPA provided funding for the training.

He emphasized the need for scientific rigor to be applied to the various processes of a census.

Sesay said the new digital technologies that will be used in the upcoming census will bring Liberia on par with developed nations. It would ensure that the preliminary results of the census are released within 10 to 14 days, as opposed to 26 days for the 2008 census.

Margibiâ€™s county inspector, Moses Kpakanay Gbankpala, who observed the start of the training, assured LISGIS that their staff would be protected during the census exercise as traditional societies would suspend their activities to permit the LISGIS field staff go about their work without fear.