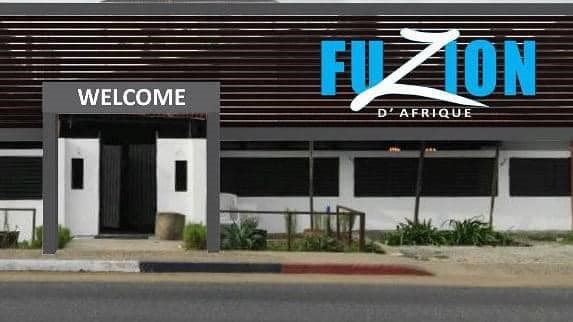 MONROVIA, Montserrado â€“ The management of Fuzion, a private restaurant in Sinkor, announced that it reopened for business, a day after it was shut down by the government.

The owner of the business and daughter of prominent businessman and politician Benoni Urey, Telia Urey disclosed in a Facebook post on Tuesday that the restaurant was ordered reopened.

Urey also assured that the business will continue to be a law-abiding entity.

â€œWe will also stand firm against the blatant abuse of power by the Inspector General,â€ she wrote.

â€œOur legal proceedings will continue on Thursday at 10 a.m. Thanks to everyone for all the support. Enough is enough.â€

Urey had announced on Monday that the business had been closed on the order of the Commerce Ministryâ€™s inspector general, Josephine Davies, allegedly because of noncompliance with an inspection. But Urey termed the situation as â€œan act of political harassment and witchhuntâ€ against her.

â€œI have run this business for over five years with no compliance issues and today, [the Government of Liberia] is attempting to damage our good image and destroy this business that employs over 60 Liberians,â€ she said.

Urey said on August 28, a team of commerce inspectors lead by Davies visited Fuzion for inspection, but did not meet the manager, as he was not around at the time.

She explained that the inspectors met a cashier and requested to carry on their inspection, but Dennis refused and asked the team to wait on the arrival of the manager. Urey said Davies immediately requested the cashier to step down from her desk and leave the restaurant. She [Davies] also left with only few of her inspectors still seated.

Two hours later, Urey said the inspector general returned with police officers and began creating a commotion that made customers in the restaurant to leave.

â€œThe IG then threatened to shut the business down and brought a document for Abel to sign, stating a fine. He told her that he could not sign the letter without lawyers being present. She eventually left, after driving away customers and causing serious damage to Fuzion. From this day, we did not receive any inspectors,â€ she noted.

Urey said a fine of US$3,000 was later imposed on the business by the Ministry of Commerce for an act of â€œhindering authorized inspection.â€

Following receipt of this fine, she said she immediately contacted her lawyer and scheduled a conference with the ministry on Monday, September 9, 2019.

She said during the conference, the businessâ€™ legal representatives pleaded for a reduction of the fine, on grounds that the cashier met by the inspection team did not know the procedures or protocols for inspection and only asked the group to wait for the manager, because the inspection did not fall in her scope of work.

â€œWe were asked to write a letter of appeal for reduction of the fine. Considering we have been a compliant business for over five years and did not want to go into the legality of the fine, as long as we could get it reduced,â€ Urey also explained.

She said it was a surprise that Davies went to the restaurant on Monday, September 16 with police and media officers, ordering the shutdown of the business, as the ministry had not provided any warnings or responded to its formal request for a reduction of the US$3,000 fine submitted on September 12.

She condemned the â€œabrupt shutdownâ€ of her business by the ministry.

â€œFuzion has been operating under the law for many years and wants to continue doing so, even despite the tough economic reality we are faced with in Liberia. We have passed many inspections over the years and have never once had any compliance issues. In fact, our last inspection document is still in effect as of today,â€ she noted.

â€œFining a business an exorbitant amount of US$3,000 because one was asked to wait a few minutes, followed by shutting the business down, is a total affront to the governmentâ€™s agenda of encouraging investments and building investor confidence in Liberia.â€

But the inspector general dismissed the notion that the shutdown of the restaurant was political harassment. In an interview with The Bush Chicken, Davies said the ministry had announced a general inspection for all businesses and not Fuzion alone.

Before visiting Fuzion, she said inspectors also visited other businesses, including Samâ€™s Barbecue, White Flower Chinese Restaurant, along with restaurants in Boulevard Palace Hotel and the Royal Grand Hotel.

At White Flower, for example, she said the commerce inspectorate discovered that the restaurant sold food that was not ready for consumption. The restaurant was closed and the management was ordered to dispose of all the food it had in the refrigerator and adequately clean the kitchen.

The inspector general also said at Sajj House, the restaurantâ€™s kitchen was discovered to be unclean, similar to White Flowerâ€™s.

But at Fuzion, she said the manager, who was not present during their visitation, told the cashier not to submit to the Commerce Ministryâ€™s personnel for inspection. This apparently came after a 35-minute wait.

â€œHe told her that she should not allow the inspection. And they started making mockery out of us. So, I said no. This is a Liberian business, the law says once you leave someone to your business, that person must have [the] information of that business, must be in the know, and must be willing to submit to inspection,â€ Davies told The Bush Chicken.

â€œItâ€™s my fault when you are not there? But you had somebody there. You trust them with money, why you cannot trust them to allow us [to] do the inspection? What were you hiding?â€

After being delayed, Davies said she issued a citation for the management to report to the ministry and show cause for not allowing the inspection. She claimed that the staff at Fuzion at the time, including the cashier, also refused to sign for the citation. Meanwhile, Davies said the customer relations officer said he preferred the fine than allowing an inspection to go ahead.

â€œThey refused to sign this citation. This sheet [is] not supposed to be in my hands. Iâ€™m [only] supposed to have the photocopy of this sheet. But when you refuse inspection and donâ€™t sign the inspection sheet, then it means that donâ€™t want to submit,â€ she added.

From August 27 to September 4 when the US$3,000 fine was imposed, the inspector general said no representative from Fuzion made any appearance to the ministry. She said the fine is a penalty for hindering an authorized inspection, in line with the business and commerce law of Liberia. According to her, Fuzion is classified as a large business. The fine for small businesses for a similar violation is US$200, while medium businesses are required to pay up to US$700, she said.

She also disclosed that the law does not allow for any reduction in the fine if the management of a business involved refuses to submit to the governmentâ€™s authority, such as the authorized inspection.

â€œThe two extra weeks we gave you, you could have come and we could sit on the table, because the president says Liberian shouldnâ€™t be spectators in their home. We have no pleasure in targeting anybody. Our job we do, we donâ€™t do it with emotions. After we issued you the fine, then you came back to ask us what you did. It was the first thing you were supposed to do. Then, we could take it from there. But you refused to come,â€ she said.

â€œWe gave them ample time, two weeks. Thinking that they were going to rethink and come back and say ok, we were not here, but this is what was explained to us. So we came to find out what really happened.â€

She clarified that her action was â€œnot a political witch-hunt.â€

â€œTelia Urey is a young woman like myself,â€ Davies said. â€œBut in life, you should learn how to live with your conscience. Itâ€™s not everything we should politicize. Our job we do, we disconnect ourselves from doing it with politics. Thatâ€™s why we do our job without fear or favor.â€

While Fuzion currently remains open for business, the management disclosed that it will continue with legal proceedings in the matter on Thursday.

At the same time, the inspector general said the law gives the ministry the power to shut down a business refusing compliance for 24 hours. However, it is not clear which law Davies is referring to, as the General Business Law makes no mention of penalties for hindering inspections.

Additionally, the Commerce Ministry has had a regulation since 2012 that took away the ability of inspectors to issue on-site sanctions and instead gave that power to a special review panel, in an effort to reduce bribery. Moreover, businesses are allowed to appeal decisions made, with up to 30 days allowed to appeal fines. However, it appears that those procedures were not followed in this case.