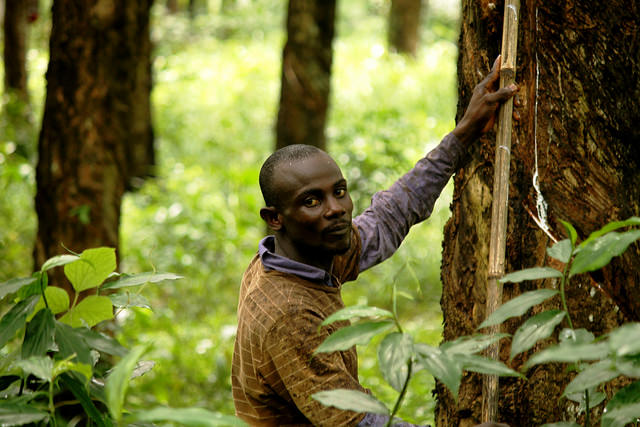 As a son of a former tapper, it has been worrisome and disturbing for me since I read the news on the planned redundancy of 800 employees at Firestone. According to its March 18 press release, the company made the decision because its high overhead costs have created unsustainable losses for the company. Firestone outlined low production and low global prices as key indicators for the decision.

As much as I understand Firestoneâ€™s decision to cut costs to deal with its financial predicament, I donâ€™t believe the government has done enough to negotiate with the company on its decision, which contravenes the Pro-poor Agenda.

The government needs to inform us of the steps that were taken to reach the said decision. What was the role of the Labor Ministry? I understand that the House of Representative called on the labor minister to appear and provide detail information on the situation. Did that happen? If he did appear, what was the role of the House after that? Did the government look at other interventions that could have prevented the situation? These are questions that need answers.

I thought the focus of the Pro-Poor Agenda was to make the poor better off by creating an environment where people could be prouder to study, work, and live in; on the contrary, we are witnessing the real poverty increment.

Mr. President, did the government take into consideration that each of the 800 workers has approximately 5-10 dependents? Are you aware that Firestone provides free education to the dependents of its employees? Did the government study the situation to know how many children will drop out of school if the actions were to be taken?Â  I am not sure these questions were answered.

This action will definitely push over 7,000 Liberian people to go without income for several months or even years. Additionally, these people, many of whom are low-income earners, will certainly vacate the residences of Firestone.

Where will these people go? It is indeed an embarrassment for Liberia at this point in time. This will definitely increase the unemployment rate, which the government has been fighting to decrease. It will lead to a decline in the standards of living of our people, increase the crime rate, and at the same time, create social, environmental, political, and financial burdens on others; thus having a negative effect on the Pro-poor Agenda and the image of our beloved country.

Mr. President, why should we hurt the Pro-poor Agenda when the government has many solutions to handle this situation? Can we re-engineer the processes by having a roundtable discussion with the authority of Firestone to mitigate this social problem?

As a human resource professional, here are few interventions that the government could use to protect the Pro-poor Agenda and the Liberian people:

There are many interventions and better ways that could be used to avoid contradicting the Pro-poor Agenda, suffering our people, and encouraging students to drop out of school. We only need to reexamine the problem. The government needs to give the people the hope that was promised. They need you now, Mr. President.

Sharing
Tags Firestone, Ministry of Labor
Contributions to The Bush Chicken are not tax deductible.