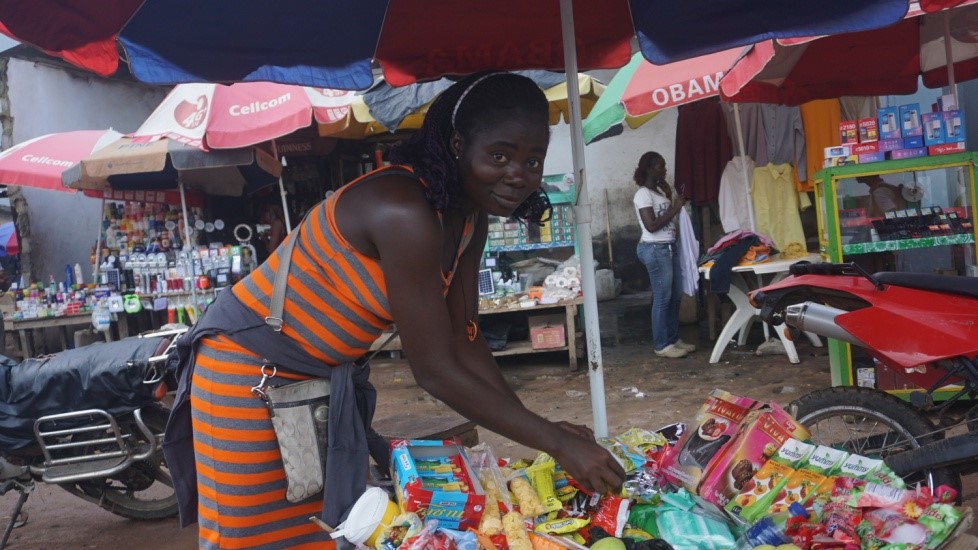 Speaking to reporters on Wednesday at the construction site in Zwedru, project engineer Edwin N. Thomas said works resumed on October 13, 2020. It had begun in March but was halted due to the COVID-19 pandemic.

“We are to construct 94 market tables,” Thomas said, adding that the project would be completed by January 25, 2021.

The project engineer noted that workers have been challenged by the number of persons moving around the construction site, as it has caused damage to some of their materials. He announced plans to construct gates at the main entrances to limit access to the public.

Thomas also noted that the construction team and the leadership of the Liberia Marketing Association’s Grand Gedeh branch had a cordial working relationship.
He pointed out that there were regular consultations with the group about the progress of the construction.

Comfort Garley, assistant superintendent for the LMA in Grand Gedeh, thanked WHH for the ongoing rehabilitation of the market. She said the former structure was beyond capacity, and the renovated structure would allow traders to work with ease.

She called on the public to report any unnecessary movement of people or theft across the project site.

In February 2020, thousands of citizens turned out during the groundbreaking ceremony for the rehabilitation of the Zwedru Central Market.

The project is funded by KfW, a German state-owned development bank, under the Rehabilitation and Recovery program, which aims to rehabilitate and repair damage caused by Liberia’s 14-year civil conflict.

The market rehabilitation is being implemented by SERA Group of Companies, a Liberian-owned construction company that has been operating since 2013. SERA implemented several projects under WHH when it was formerly known as German Agro Actions.