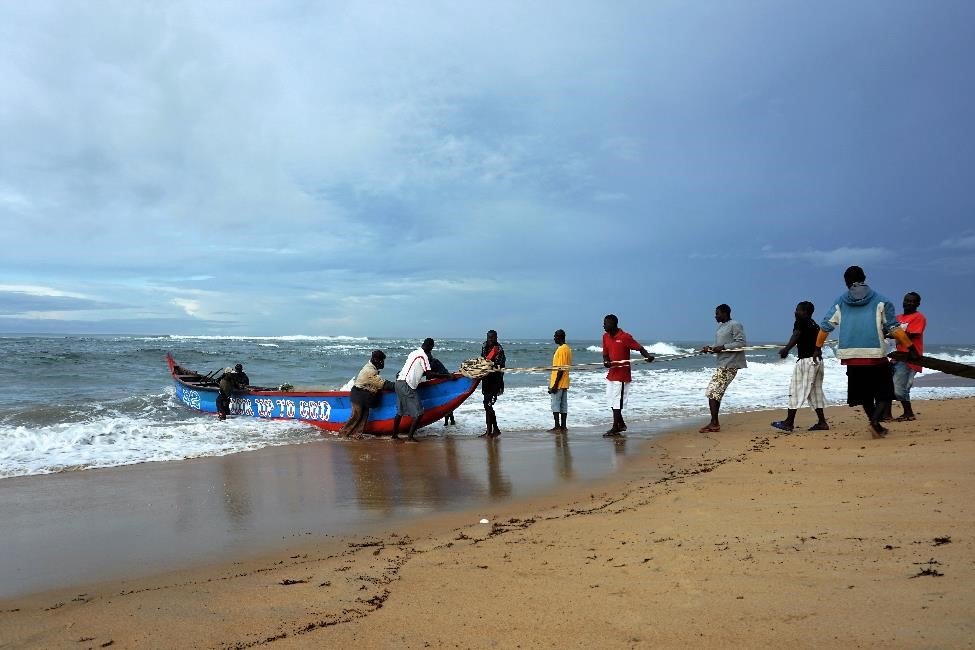 The Bush Chicken presents this photography editorial in commemoration of our Discover Liberia week.

Beyond the Lens is a compilation of photos that have been taken in Liberia which highlight the wonderful people, places, nature and culture that weave the fabric which is Liberia.

Outside of Liberia, the imagery associated with this beautiful country often does not match the reality that its citizens experience and view daily. Â The purpose of this photo editorial is to continue to show Liberians abroad as well as our friends across the globe what Liberia truly has to offer.

We would love to receive photos of places or people in Liberia which uniquely speak to you. Submit at info@bushchicken.com. Check back on our Facebook page to see if one of your photos has chosen to be featured during our Discover Liberia week. The pool at Libassa Ecolodge in Margibi glows with multiple colors at dusk. Photo: Jefferson Krua At the Libassa Ecolodge, a gospel musician is spotted shooting a music video in the natural palm forest and gardens of the resort. Photo: Jefferson Krua The ever verdant Lila Brown cafÃ© in Sinkor, which is also home to the only sustainable greenhouse attached restaurant in Monrovia. Photo: Jefferson Krua Spotted by one of our team members visiting Liberia, a young boy poses for his picture along the road in his community. Photo: Jefferson Krua In Liberia, there are no parking meters. These parking enforcement agents issue parking tickets and ensure that drivers pay for the time parked in the city limits of Central Monrovia. Revenues garnered from their fine collections are split between the city and the private corporations collecting the payments. Photo: Jefferson Krua The clock tower at the University of Liberiaâ€™s Fendell campus, constructed by a Chinese company. Photo: Jefferson Krua The lush and green entrance at the bottom of the old Ducor Palace Hotel. Photo: Jefferson Krua An old lighthouse near the city of Buchananâ€™s shores. Photo: Jefferson Krua Fishermen help pull a canoe to the shore in Paynesville. Photo: Jefferson Krua