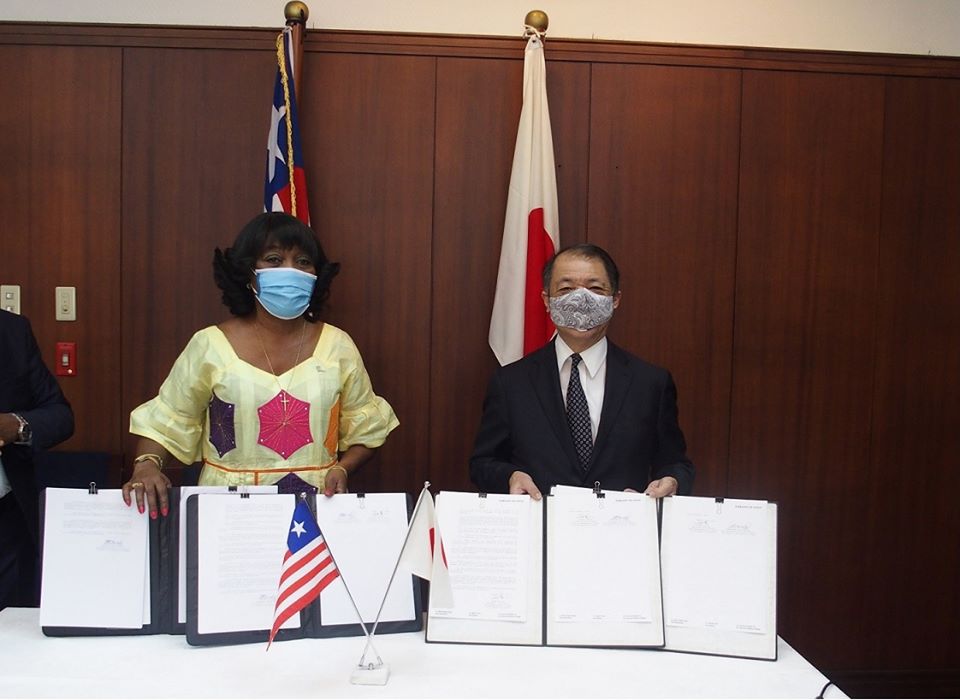 MONROVIA, Montserrado – Japan has provided two separate grant assistance in food and medical supply that are worth ¥350 million (US$3.3 million) to Liberia.

During the ceremony, Kennedy recounted the “strong development partnership” between the two countries since they established diplomatic relationships in 1961. Among the evidence of that partnership, Kennedy said, was the construction of the Liberia-Japanese Friendship Maternity Hospital at the John F. Kennedy Memorial Medical Center and the reconstruction and expansion of Somalia Drive (now referred to as the Japan Freeway).

Featured photo courtesy of the Liberian Embassy in Ghana

Sharing
Tags Ministry of Foreign Affairs
Contributions to The Bush Chicken are not tax deductible.