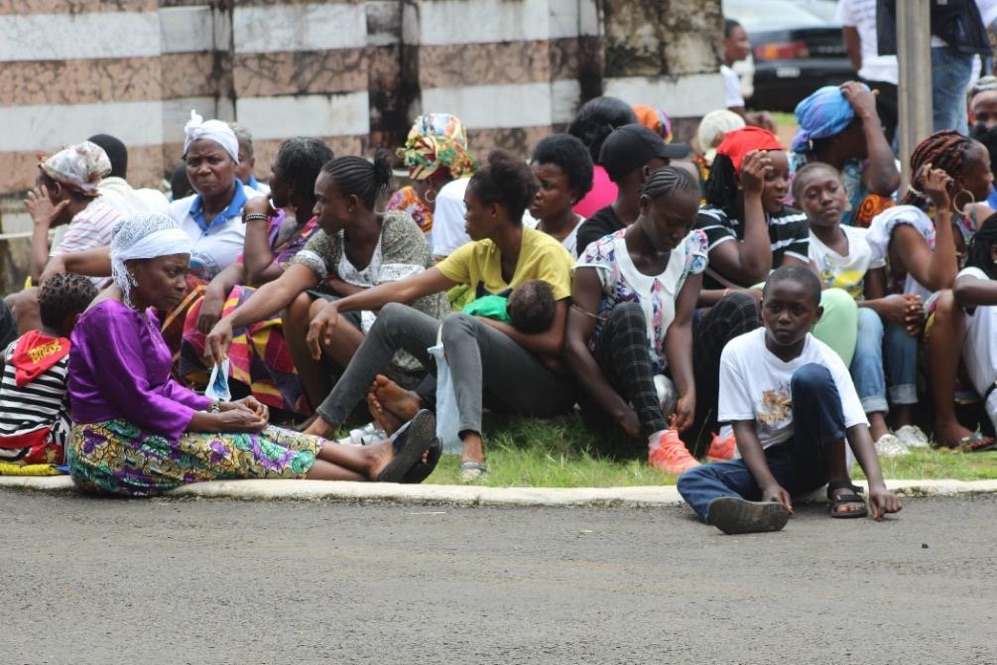 MONROVIA, Montserrado â€“ The civil society group, Naymote Partners for Democratic Development, is warning that there is a general decline in perceptions of political governance in Liberia.

The sixth of its annual reports which â€œassesses citizensâ€™ perception of the quality of governance,â€ the group covers a wide range of governance and economic indicators in Liberia.

In this yearâ€™s report, the group notes worrisome trends in citizensâ€™ views about key aspects of governance, including public administration, the economy, quality of democracy, legislative engagement with citizens, public trust in the military, the police, and other security apparatuses. Also covered are trends in the governmentâ€™s management of health services in the country.

Out of a total of 3,600 people surveyed across the country, 82 percent believed â€œthe country is going, or somehow going in the wrong direction.â€ This fraction represents a sharp negative 18 percentage points increase from last yearâ€™s figure.

The governmentâ€™s handling of the economy and economic management also took a hit, with a staggering 92 percent of total respondents rating the governmentâ€™s performance in fighting corruption as â€œvery poor or poor.â€

If nothing else, this particular perception trend is a confirmation of how badly the George Weah administrationâ€™s reputation has suffered in the wake of rising inflation, high cost of living, and recent corruption scandals involving the reported disappearance of L$16 billion currency banknotes and a subsequent US$25 million â€œmopping-upâ€ exercise led by the countryâ€™s Economic Management Team under the leadership of Finance Minister Samuel D. Tweah.

Regarding legislative engagement with the general citizenry, the report also describes a grim picture.

Only a quarter of the respondents confirmed participating in any activity or event organized by their representatives since January 2018. This means a whopping 75 percent of respondents did not participate in a single event or activity during the period.

This particular finding appears to buttress conclusions reached by other civil society groups regarding the poor state of legislative conduct. For example, a 2016 report by the group IREDD, described both the House and Senate as â€œvery weakâ€ and â€œineffective.â€ Collectively, lawmakers scored poorly on the tasks of â€œrepresentation, lawmaking, and oversight responsibilities, in which lawmakers have a traditional mandate.â€ The practice of conducting legislative business â€œbehind closed doorâ€ has also significantly undermined transparency and led to the erosion of public trust. The groupâ€™s 2019 report continues to describe similar trends.

In this yearâ€™s report, Naymote also sought to compare the ruling party and opposition lawmakers in a manner that should give the Weah administration some food for thought. Despite overall dissatisfaction of legislative engagement, respondents displayed a more positive attitude toward opposition legislators.

Regarding trust in the Armed Forces of Liberia, there was also a sharp decline in public perception from 93 percent last year, to 78 percent this year. It would, therefore, go without saying that the police also suffered a general decline in public trust.

From 75 percent last year, the Liberia National Police suffered a 19 percentage points decline as the â€œtrusted and fairly trusted security institution in Liberiaâ€ between 2018 and 2019 surveys.

As for the governmentâ€™s performance in managing or handling the health services, 90 percent viewed it as â€œvery poor or poor.â€

But there was, however, one bright spot in the report worth celebrating.