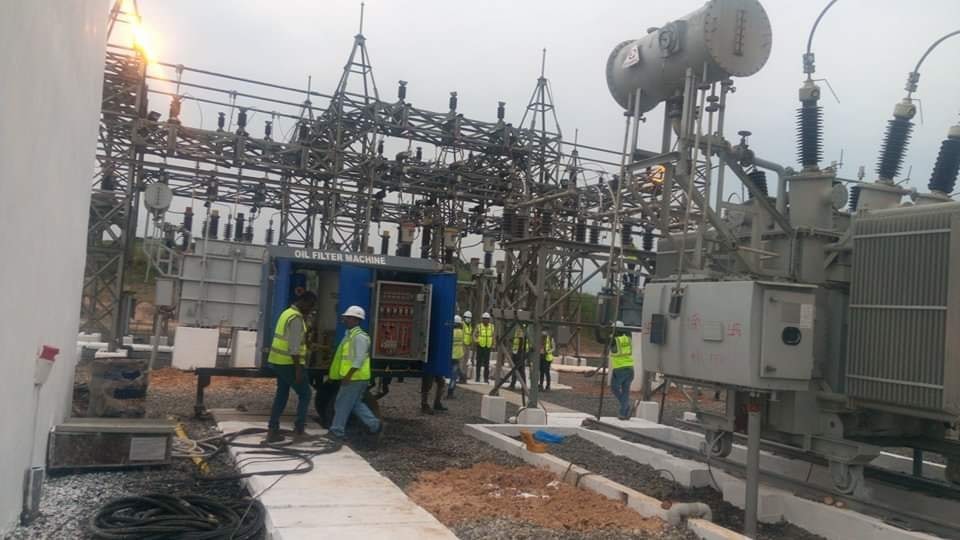 KAKATA, Margibi â€“ On Saturday evening, hundreds of citizens defied a Coronavirus state of emergency and stay home order to run through the streets of Kakata to celebrate the return of streetlights to the Margibi capital.

The Indian contractor MBH Power had just turned on the electricity being supplied from the Liberia Electricity Corporationâ€™s Kakata substation it had finished building.

Kakata lost access to electricity in July 1990 when the facility now known as the Mount Coffee Hydro Power Plant was ransacked by rebels loyal to jailed former president Charles Taylor.

The Kakata substation is funded by the World Bank as part of the Liberia Accelerated Electricity Expansion Project to electrify areas outside Monrovia and connect an additional 10,300 customers to the national electricity grid.

Also known as LACEEP, the project aims to increase access to electricity and strengthen institutional capacities in the electricity sector. The US$35 million project was first announced in 2013 and is also expected to impact the electricity corridor toward Bomi and Cape Mount.

For local businessman Emmanuel Folley who runs a local mineral water company, news that the project was almost complete was highly welcoming. Since 2014, Folley said he had been running two diesel generators to power his water production business. He estimated that he uses US$2,500 every month to service his machine and spends an additional US$10,000 on fuel.

The expenses made it difficult for his business to expand, Folley said, and he hoped that, with constant power from LEC, he could reduce his costs, grow the company, and employ more staff.

Days before officially switching on the lights, MBH Powerâ€™s country representative, Parev Kumar Handa, told reporters that the company had been working in partnership with LEC and the World Bank for the past five years.

Handa noted that MBH Power came with over 40 years of experience in the sector and would ensure that 90,000 households in Kakata, Weala, Paynesville, and Central Monrovia were connected to the grid. For now, those customers have not been connected â€“ only the streetlights remain turned on.

As part of the World Bank-funded project, Handa said customers would not pay any fees for meters or for the process of getting connected immediately â€“ those fees will be subtracted later as customers use the meter.

He urged the communities near the facilities to always consider their safety when coming near the infrastructure: â€œWe are cautioning the communities along the power line â€“ no one should go close to the towers, cables, and conductors in order to keep safe.â€

Margibiâ€™s Superintendent Jerry Varnie, although he was pleased to see the new developments in his county, expressed disappointment over the reported theft of a transformer installed in Weala. He tasked Kakata and Weala residents with helping to secure the project and all its equipment.