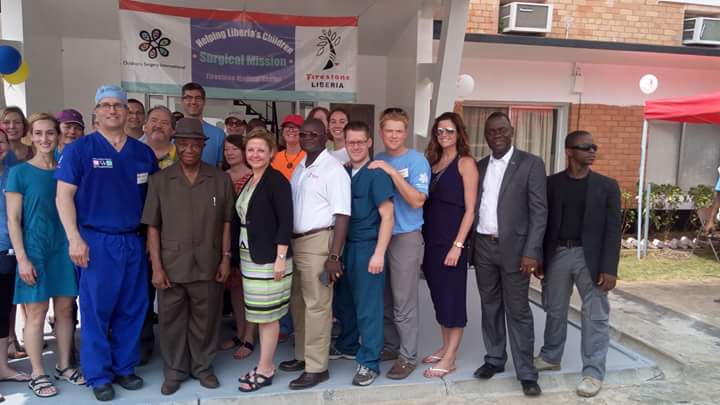 HARBEL, Firestone â€“ Childrenâ€™s Surgery International has successfully performed 57 surgeries to children suffering from abnormal facial and pediatric conditions during its sixth mission to the Firestone Medical Center in Duside.

About 22 members of the CSI medical team, along with their Liberian counterparts from the Firestone Medical Center, performed the surgeries free of charge.

The CSI team also conducted 15 hours of lectures and educational sessions with about 450 healthcare practitioners during the one-week surgical mission.

US Ambassador to Liberia Christine Elder highlighted the companyâ€™s long-standing contributions to the country and people of Liberia. She thanked the two institutions for their ongoing partnership in providing life-saving and life-changing surgeries.

Making remarks during the celebration, the Vice President of Liberia Joseph Boakai commended CSI and Firestone, as well as the medical staff at Duside, for their compassionate efforts to help the people of Liberia.

Senator Jim Tornonlah and Superintendent John Buway, both from Margibi, were in attendance and participated in the ceremony, with Buway presenting a certificate of appreciation to the CSI team.

â€œNo amount of words and expressions can really convey the depth of gratitude to match the kindness of the medical team to Liberia,â€ he said.

Lora Stege Koppel, CSI Board Member and head of mission who spoke on behalf of CSI medical team at the closing event, notified the gathering that the medical team was thrilled to be invited back to the medical center for the 2018 CSI surgical mission.

She thanked the management of Firestone for its continued commitment to the people of Liberia and to CSI.