Amelia is a Contributor and the Content Curator with The Bush Chicken. She graduated from Temple University and is completing a Master of Art in Teaching at Mercer University. Amelia currently works in the insurance industry for a company based in Atlanta, GA. 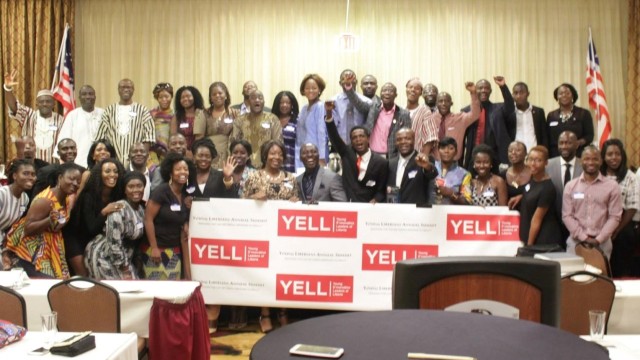 This 168th Independence Day Celebration, we searched across the globe for events taking place to commemorate the birth of our nation.

In April 2015 Liberian author Vamba Sherif released his latest novel, Bound to Secrecy. The Bush Chicken had the opportunity to speak with Sherif from Holland about the new release and some of his upcoming projects. Sherifâ€™s work has previously been featured on The Bush Chicken.

The “Liberian Trailblazers” series profiles exceptional Liberians and the work they do. The Bush Chicken spoke with Rev. Kenety Gee, Co-Founder and President of the Chicago Global Health Alliance, regarding the current initiatives his organization has underway.

The “Liberian Trailblazers” series profiles exceptional Liberians and the work they do. Recently The Bush Chicken had the pleasure of interviewing Wayetu Moore, founder and owner of independent publishing company, One Moore Book.

The Central Bank of Liberia, in collaboration with Afriland First Bank, have announced their support for a new community bank in Tappita, Nimba County.

Between August 1, 2014 and October 31, 2014 the Liberian government received US$15.1 million for Ebola relief which were channeled through the National Ebola Task Force which was replaced by the Incident Management System. The report identified US$792,000 in financial irregularities, lack of or inadequate documentation, unreported fuel, unverified fixed assets and in some cases negative confirmation from third parties.