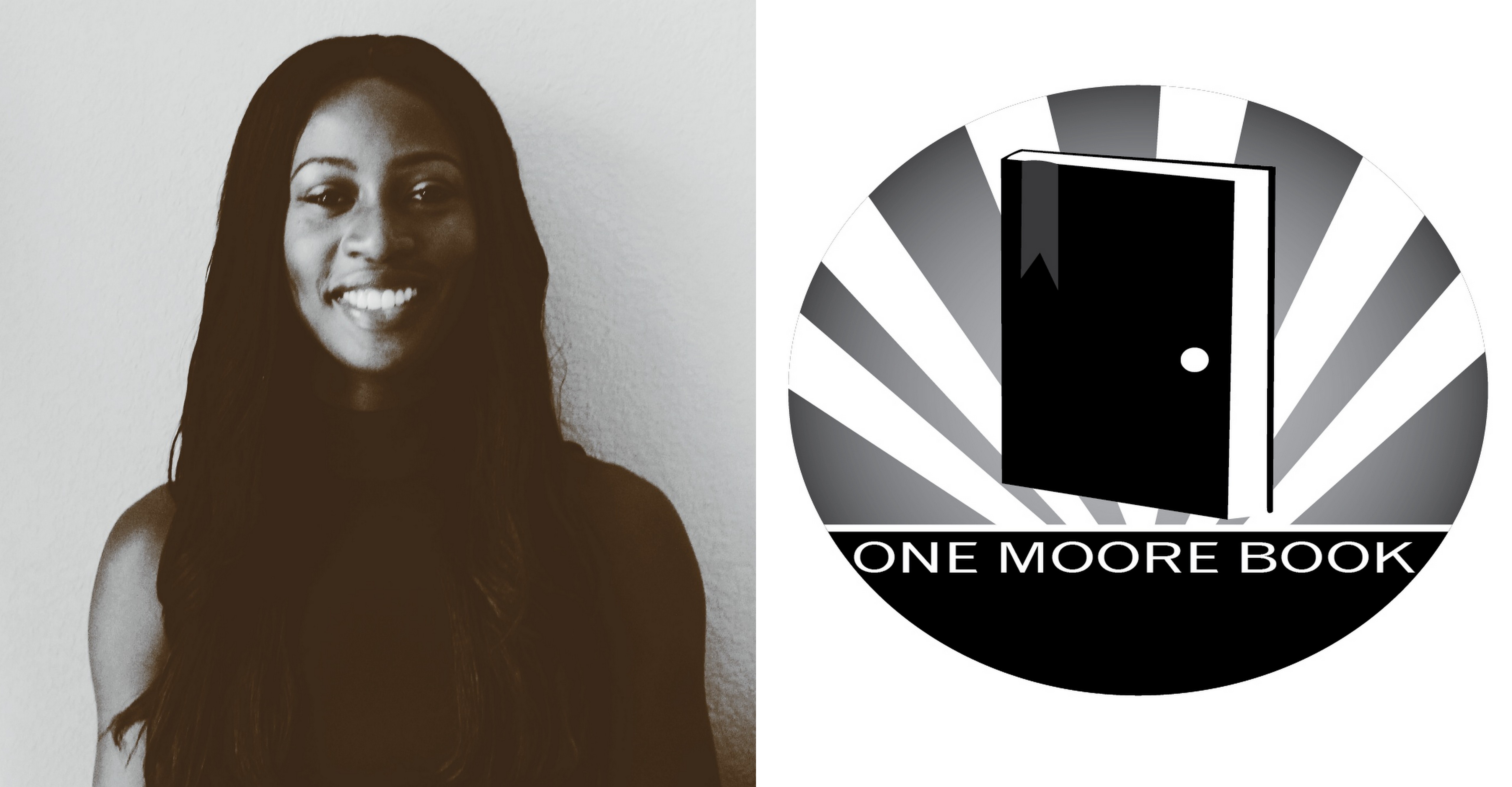 The “Liberian Trailblazers” series profiles exceptional Liberians and the work they do. Recently, The Bush Chicken had the pleasure of interviewing Wayetu Moore, founder and owner of independent publishing company, One Moore Book. Launched in January 2011, One Moore Bookâ€™s mission is to make art and literature accessible to children who are rarely represented in the childrenâ€™s book publishing industry, by creating books that they can relate to and learn from. By operating as an independent publishing company and releasing books in series related to specific countries that have low literacy rates, One Moore Book works to decrease the high illiteracy rates in countries across the globe. Moore, born in Liberia, has lived abroad since the onset of the Liberian civil war but never lost connection to her roots. After having an opportunity to work closely with children with low literacy levels, Moore decided to create One Moore Book to present culturally sensitive literature for children around the world.

Tell us a little about yourself and your career path up until the inception of One Moore Book. What was it about the current state of the publishing industry that led you to start your own publishing company?

Iâ€™m a writer and I moved to NY right after grad school and very shortly thereafter realized that the publishing industry really didnâ€™t align with what I wanted for my career. I wanted to dissect my experience as a cross-cultural Liberian in America so I decided to call my sister to see if she might be interested in illustrating a childrenâ€™s book for me, to which she agreed. Iâ€™m from a family of artists and in addition to our individual professions weâ€™ve been able to find a way for our arts to co-exist with the way we earn a living. After discussing with my sister we decided to launch a company rather than a single book project and thatâ€™s how One Moore Book was born.

How was the idea or concept of One Moore Book developed?

During my years at Howard UniversityÂ [in Washington, DC], I participated in a non-profit organization called Everybody Wins! that focused on literacy programs in high-risk, low-income public schools and facilitated literacy workshops. During my time with the organization, I came in contact with students that not only were not reading on grade level but were not interested in literature at all. The students were bored and disinterested so I had a conversation with a few of them about their interests. As the students starting sharing with me, I got to know a little more about what characters and topics they liked. I started to tailor the books we read to the things they were interested in. I noticed that their interest peaked and they started to become excited about literature. From that experience, I noticed the impact that the types of books we chose to read had on the studentâ€™s participation and that was the spark that later on created One Moore Book.

We decided to focus the material that One Moore Book publishes on culturally sensitive childrenâ€™s books for underserved countries with low-literacy rates. Our books also serve the dual purpose of being able to serve children in the United States that may not otherwise be exposed to these different cultures. We publish our books in series by country and have completed a Liberian and Haitian series to date.Â In addition, there is a book for a Guinean series. We also have an Afro-Brazilian book in the works that is in the illustration phase.

What has been your experience or interaction with mainstream publishing companies?

My interaction with the publishing industry prior to launching One Moore Book helped open my eyes to the landscape to understand how exclusive and, at times, racist it can be. The people who have run those companies have always been in power and always run those companies in the same manner. We certainly donâ€™t believe that had we not been independent, we would have 19 books published because mainstream publishing companies donâ€™t have access to the overseas markets in the same way that we do in our featured countries. This is one of the main reasons why it was important for me to work on my own. I didnâ€™t want our message to get diluted in any way and I knew the first step in having your message or your content diluted is by going to mainstream publishing. Not that mainstream publishing doesnâ€™t serve an important purpose – because it certainly does, mainly distribution and getting books to people that donâ€™t have access to the content. One of our biggest challenges is marketing and distribution, which they definitely have.

How is One Moore Book working to address the lack of libraries in many of the countries that you serve?

Iâ€™m glad you asked that question! I visited Liberia in April 2014 and was actually looking for bookstores and is one at (University of Liberia) and one being built by the government near the old UN building. As far as existing libraries in Liberia, a man named Michael Weah runs this fantastic library called the We Care Library. Itâ€™s a space with lots of international literature and heâ€™s done a great job of making the space available to everyone, but most people donâ€™t know itâ€™s even there. Even when looking for books in Liberian bookstores, there is theÂ assumptionÂ that youâ€™re looking for books for specific classes and as such, the shop owners ask what class the request is related to. Well, while I was there visiting, I found a space that I’m in the process of renovating to open a bookstore now. The project was on hold for a while due to theÂ EbolaÂ outbreak, but renovations began again in January. We plan to sell new and used books at really low prices as well as offer the One Moore Book titles for purchase or for reading in the store. Iâ€™m hoping to open in June, but it will be a soft launch and the more formal opening will be in August.

Whatâ€™s the process for artists to submit work to One Moore Book and how do you select what pieces to move to the publication phase?

How has One Moore Book partnered with school systems or other educational programs to expand the reach of your literature?

Most of the sales are from people in the Unites States. Once I realized this, I decided to put a program in place where children abroad can have access to the literature as well. Thatâ€™s where the 3 for 1 book program comes into play – for every 3 books sold in the US, 1 book is donated to children abroad by one of our non-profit partners. In every country we work, we have partnered with a non-profit that already has relationships with schools, churches, and communities. In Liberia, some of our initiatives have been slower to start due to the delays caused by Ebola, but our plans have picked back up to help support our initiatives to get more widespread distribution and marketing to get the books into the countries weâ€™re featuring.

Where do you see One Moore Book in the next five to ten years?

I want to keep publishing at least two to five books a year and continue working with people in the US and abroad that want to make an impact in their country. I want to form better relationships with agencies on the ground that can assist with disseminating these books to children on the ground who need them the most. I also want to build another One Moore Bookstore outside of Liberia, with a significant inventory of culturally sensitive literature. Hopefully this incentivizes more artist to continue creating content that highlights their culture and their truth.

This interview was edited for clarity and brevity.