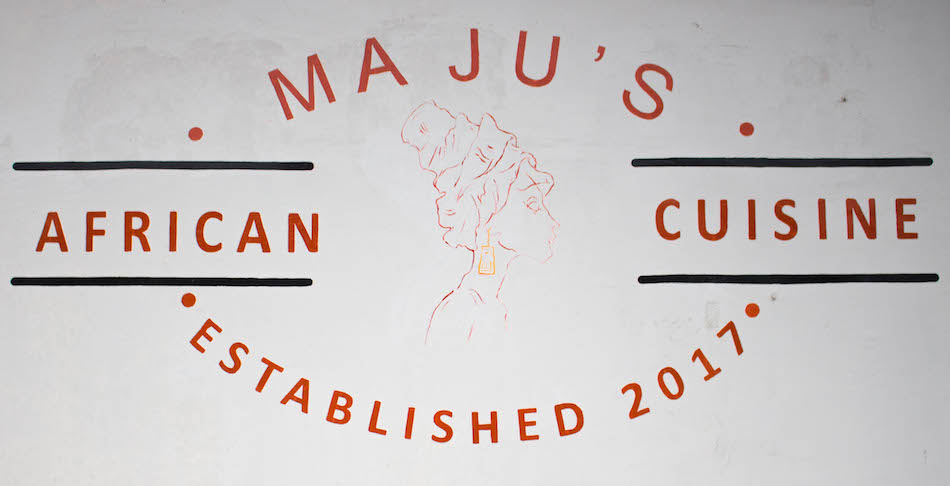 Since the end of Ebola, construction has sped up in Monrovia, with many new buildings sprouting up.

Along with these buildings have been several brand-new restaurants and chill spots. These new venues are not your typical Monrovia scenes as they are designed with high-quality dÃ©cor and attempt to cater to people used to the nice things in life. There are at least six of such locations that have emerged in Monrovia; we were able to give you a view of three.

Ma Juâ€™s and the Burger Spot Named after the ownersâ€™ long-time caregiver, Ma Juâ€™s, located on U.N. Drive in Clara Town, is one of the only Liberian-owned fast food restaurants of its kind. Co-owners Danielle Urey, Laureine Guilao, and Theophilus Gardiner plan on expanding as there seems to be a good reception from customers since the restaurant opened. Their signature meal is their double cheeseburger, ironically not a Liberian dish. This is the first mall or shopping center to be built in post-war Liberia. TSMO, which engages in real estate management and general construction, has only managed to fill out the structure with a movie theatre and a childrenâ€™s play zone. The company is still looking for retail tenants. The mall, which is in Mamba Point, sits right next to Miami Beach and comes with underground parking spaces. The movie theatre, located on the third floor of the mall, is one of its kind in Liberia in that it offers newly released Hollywood movies. Recently opened not more than four months ago, the two theaters are air-conditioned and furnished with comfortable seats typically seen in modern movie theaters. Within the same building on the 5th floor on the rooftop is the TM Kids Land. Kids can play in the ball pit, on the trampoline, or on the slides for US$10 per day. Adults can check out the cityscape or sit and chat over the vast spacious roof overlooking the Atlantic Ocean. When the finishing touches are complete, the top floor of the shopping center will also feature a restaurant with a skyline view. With an unlikely name for a restaurant, the Garage gives your stomach a good servicing, all in a nicely themed setting. Opened about six months ago, the Garage is already a favorite to many around Sinkor. Located diagonally across the street from the Monrovia City Hall, the Garage sits strategically waiting for hungry customer. Quirky quotes, random license plates, and other garage-themed props adorn the restaurant. The Garage is well known for its French fries and â€œThe Garageâ€ pizza.