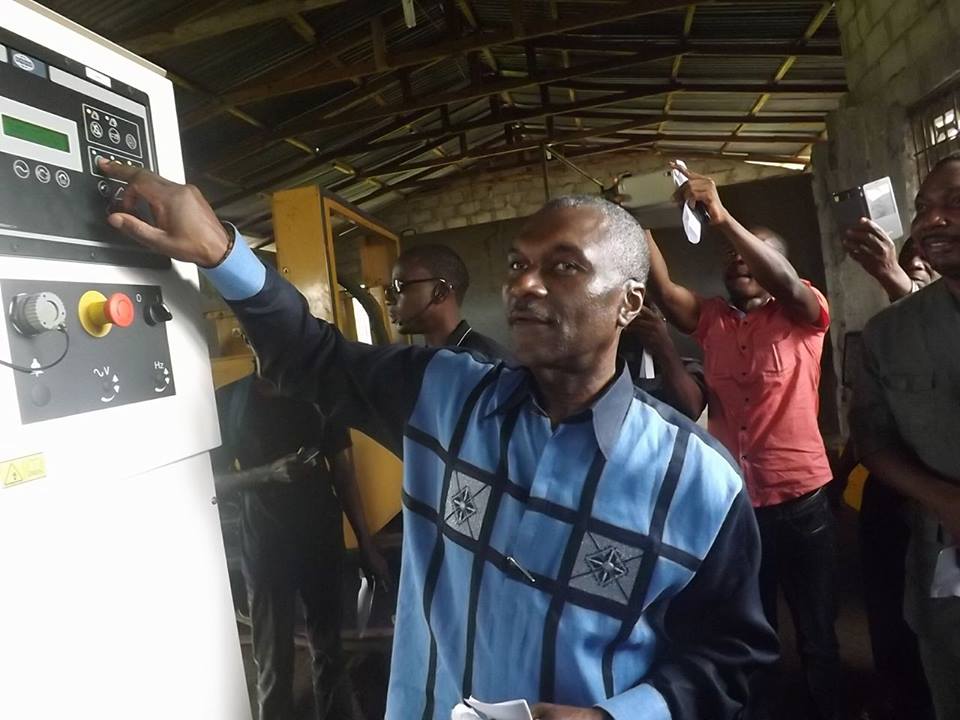 KAKATA, Margibi – The political leader of the Alternative National Congress has donated a 350 KVA generator to the administration of the Booker Washington Institute, according to a party source.

Dolakeh Jonathan Saye Taryor, the ANC’s National Deputy Secretary General on Media and Public Affairs, said the gesture from Alexander Cummings to the BWI administration was in fulfillment of a request made to him by the institution.

“As a man who is in the interest of the people and is working toward improving the lives of the Liberian people, he has made available to the administration and student population of BWI, this generator,” Taryor said.

He said the generator would help ensure smooth operation of the institution by supplying electricity. Students of BWI, especially from the accelerated program (Vocational and Technical Institute) had gone months without electricity and needed it the most, he said.

Taryor estimated the generator’s cost at US$75,000.

The Booker Washington Institute is one of Liberia’s oldest technical schools providing vocational and technical education to many Liberians and other national since 1929. The school is situated in Kakata, Margibi.