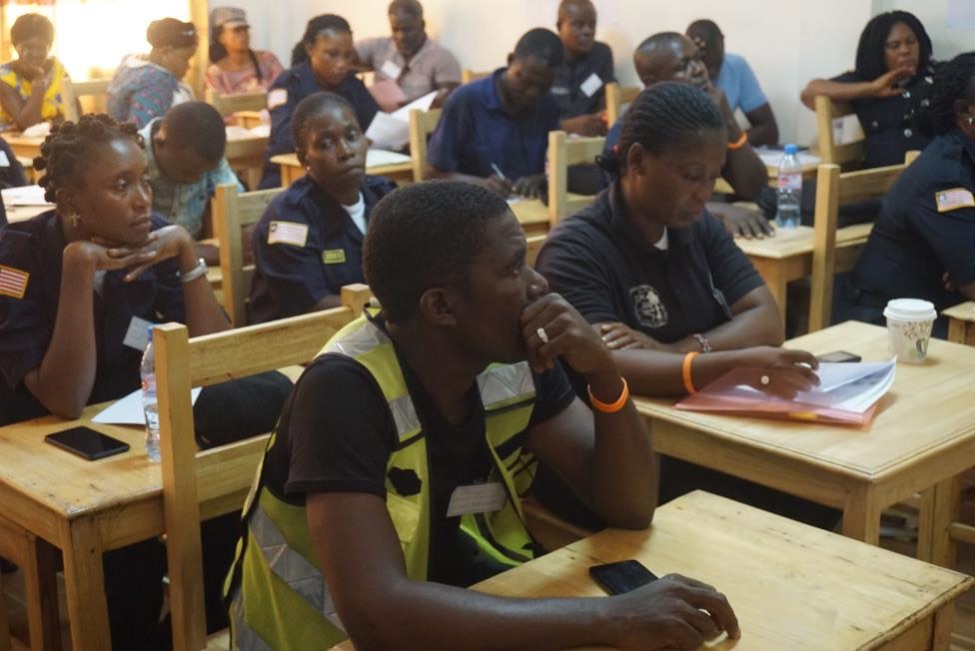 The five-day training which ended last Friday was conducted at the National Police Training Academy in Paynesville. It aimed at dispelling many of the cultural misrepresentations about mental illness in Liberia, some of which associated such illnesses with witchcraft and evil spirits.

For a country where most people were impacted by the 14-year civil crisis and many by the 2014 Ebola outbreak, that means many Liberians may have been exposed to traumatic situations and or experiencing mental health issues.

Due to lack of awareness and stigma, such people are at risk of marginalization, discrimination, and inhumane treatment.

Access to mental health services is key but very limited in Liberia and many low-income countries. When people with mental health issues come in contact with law enforcement officers, who are often responsible for maintaining public order, it is especially important that the individuals with mental illnesses are recognized and supported in order to prevent injuries or the unnecessary loss of life. And the officers can refer such persons to the appropriate area or professionals for proper assessment and treatment.

Mental health exists along a spectrum and the worst form of mental illnesses comes about when people are not treated. It is not always possible to tell when someone has mental health issues. The World Health Organization notes that a quarter of all people will experience mental health issues at some point in their lives, but two-thirds of them will not seek health from a professional.

In an effort to address such marginalization and mistreatment against persons suffering from a mental disorder, the Carter Center in 2013 commenced its mental health Crisis Intervention Training for law enforcement officersâ€™ and mental health clinicians from different parts of the country.

The method was initially developed in the United States in response to a situation where law enforcement officers had accidentally killed a person with mental illness who was said to be causing public disturbance.

In 2016, when the training recommenced, Dr. Brandon Kohrt, a consulting psychiatrist at the Carter Center Mental Health Program in Liberia and one of the several facilitators at the training, said this was a collaboration-based model for law enforcement officers and mental health professionals.

Kohrt explained that correction officers were included in the training because many mentally ill persons often end up being imprisoned. He said the training was necessary for the officers to help reduce the risk of suicide in prisons across the country.

The law enforcement officersâ€™ participation in the training, according to Kohrt, was to complement work done by mental health clinicians at various prisons across the country.

For immigration officers, Kohrt said they were relevant to the training because they dealt with the movement of people across Liberiaâ€™s borders. Their involvement would especially help in cases where â€œpersons with mental illnesses may be separated from their family and end up in the wrong environment.â€ He said the immigration officers participating in the program would be better equipped to identify mentally ill persons and help them locate their families.

At the time, Kohrt said he hoped that the police would be able to use their training to protect persons with mental problems out on the streets who may be substance abusers. These individuals, he said, are sometimes victims of â€œabused by community members out of ignorance.â€ 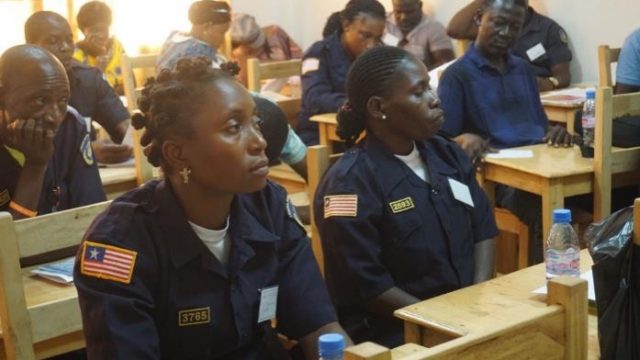 Some trainees at the Crisis Intervention Training. Photo: Zeze Ballah

Speaking at a previous training, Wilfred Gwaikolo, the deputy program head at the Carter Center Mental Health Program, said the initial goal was to train at least 60 officers from 30 depots across the country.

â€œThe overall goal for the Carter Center is for the police academy to permanently embed so that new police officers who are graduates will have already have the knowledge and skills of CIT,â€ he said.

At the completion of the recent training, Benedict Dossen, the new program head for the Carter Center Mental Health Program in Liberia, informed the officers that the mental health sector is not an area that everybody likes because of its negative reputation and image adding â€œpeople try to disassociate themselves from mental health.â€ 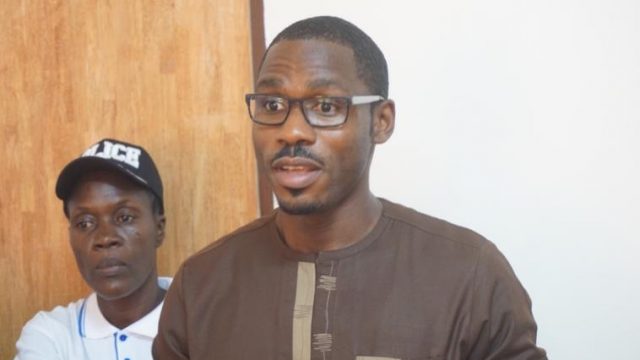 Globally, he said mental health is neglected, noting â€œthe work he and others are doing in the sector is not one that gets all the attention.â€

Regarding recommendation from senior LNP officers to participate in upcoming training, Dossen said his organization is seriously looking in that direction because by doing this, senior officers will get to understand and appreciate this effort and give it their attention.

â€œIt is our hope to continue working with the police and senior LNP officers and to see as much as possible to organize such training for them,â€ he said.

Dossen lauded the last batch of trainees for their tireless effort to participate in the weeklong training.

A total of 78 police officers, 6 corrections officers, and 9 immigration officers were trained.

Participants at the training were taught how to identify signs and symptoms of mental disorders, de-escalate crisis situations involving persons with mental health problems, and make appropriate referrals to professionals and facilities at the community, district or county level.

They were also taught how to prevent harm to others by mentally ill persons, stress management, and anti-stigma with the specific mandate given to the law-enforcement officers to apply psychological first aid to individuals with a mental disorder during the crisis period.