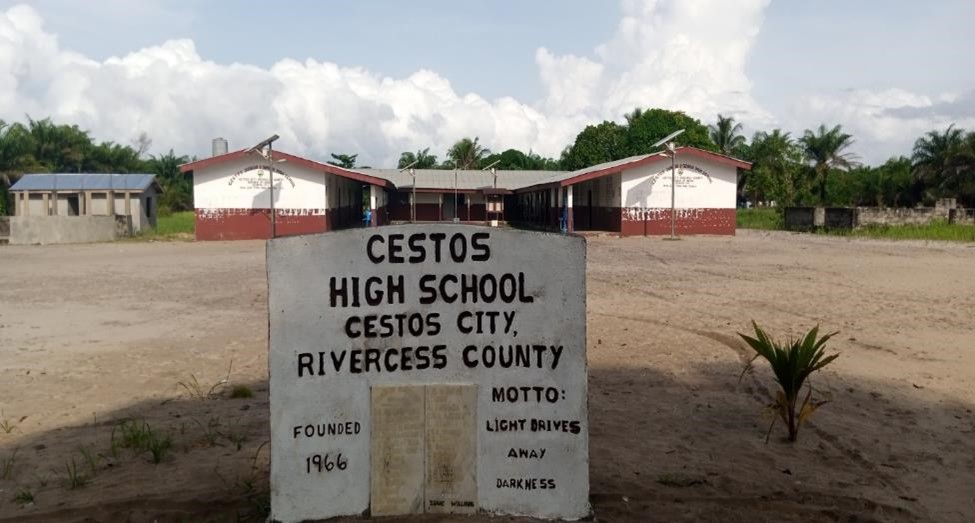 CESTOS, River Cess – A teacher at the Cestos High School has been suspended for one month after refusing to grant a female student a bathroom break. The student urinated in front of her classmates at the direction of the teacher, Shadrach Joe.

In a story that has become widely known across River Cess, Denise Kortee told reporters that Joe had prevented her from leaving the classroom on two occasions. While taking the third-period exams on May 10, she said Joe refused to allow anyone to leave the classroom for whatever reason until after the two-hour duration of the test.

“It was about 30 minutes after the test started when I told the teacher that I wanted to urinate, but he said I shouldn’t get out of the classroom,” Kortee said. “I woke up for the second time, but he insisted that I should not go out. He later told me to urinate in the classroom, so I had no option but to ‘pepee’ in the classroom.”

Now, her father says classmates have been bullying his daughter since the incident. “That teacher should be expelled from the school because, as long as he’s there, my daughter will not feel free to participate, especially when he is in class,” Joshua Kortee said.

Meanwhile, Joe, the teacher, admitted to preventing the student from accessing the restroom. However, he said it was out of concern that she would cheat on the exam.

“I didn’t know she was serious, so I told her not to leave the classroom,” Joe said. “The second time she asked, I told her she should do whatever she wanted to do in the classroom – and that’s how she went in the corner and urinated.”

Joe says he regrets his action, but he did not expect a senior student to do what Kortee did.

The Ministry of Education’s Code of Conduct for Teachers and School Administrators forbids “physically humiliating action (corporal punishment), mental or psychological measures” for disciplining students, especially actions that violate the rights of children.

After the incident gained notoriety, Ben Yalley, the school principal, condemned the act and said his administration would look into the matter. Wleh Sanly, the dean of students, said classes were suspended after the event and an emergency meeting was called to look into the matter.

On June 16, the human resource officer at the River Cess County Education Office, Jacob Kouviakoe, announced that the teacher had been punished: “Shadrach Joe, the teacher who compelled the Cestos High female student to urinate in the classroom, has been suspended for one month.”

A similar incident occurred in 2020 at the Cestos High School when a male student defecated on himself in the classroom in 2020 when his teacher had not allowed him access to the bathroom in time. The school’s dean, Sanly, said “the student was suffering from running stomach.”