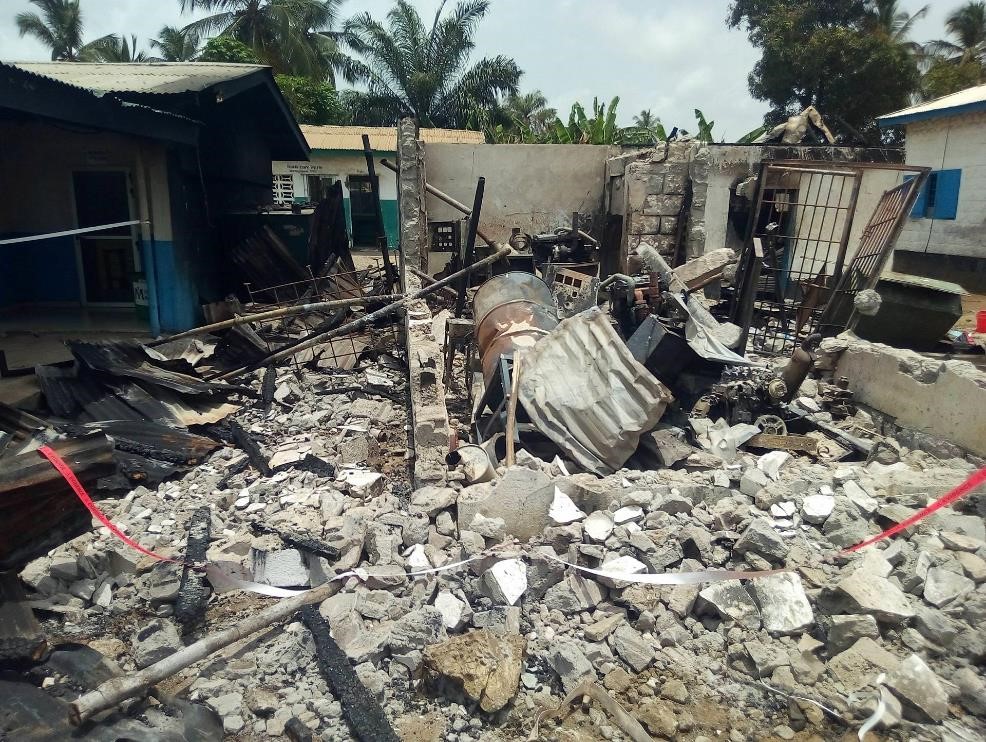 Firefighters in Grand Bassa are still working to determine the cause of the fire, but a security guard assigned at the hospital said the fire started in the generator room, destroying the five generators located there.

News of the fire prompted residents from all over Grand Bassa to travel to the hospital in search of their relatives who were patients there. However, the hospital administration calmed the situation by transferring the patients to the ArcelorMittal Hospital and the Catholic Hospital in Buchanan.

Nurses assigned at the Liberian Government Hospital have also been sent to the two hospitals to help cater to patients transferred there.

The entire hospital is now empty, and residents are calling on the government and donors to help return the facility to its capacity.

Barnie, the administrator, said the burning of the generator room will present a challenge to operating the facility in the future.

Grand Bassaâ€™s Sen. Jonathan Kaipay has also made available a 20 kva generator to the hospital.

In October 2016, the hospital also experienced a fire. During that episode, the doctorâ€™s quarters were destroyed as a result of an electrical fault.

The hospital is the only referral facility in Grand Bassa. Patients with serious conditions from River Cess and Sinoe are often transferred there too.