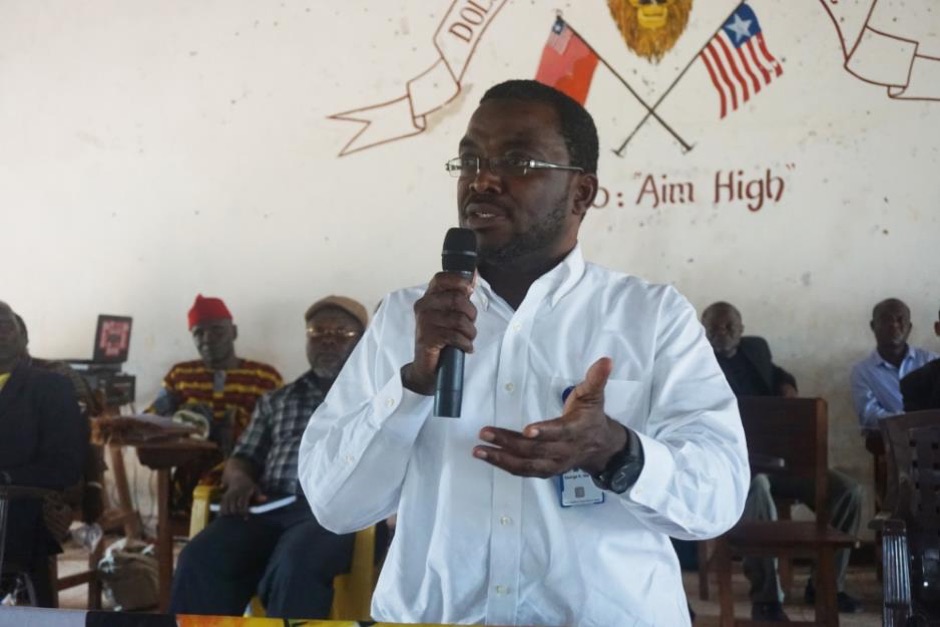 In a series of Facebook posts, Werner announced his intent in relatively vague verbiage: â€œIn life, many will say no to you. Listen to them, but follow your informed judgment and conscience. If I had said yes to all the noâ€™s in my life, I would not be where I am today. So I dare to be me â€“ to be different! I’m looking forward to going home. I’ll be a relevant factor in the 2020 Senatorial elections in Liberia!â€

Contrary to how most politicians usually announce their candidacy â€“ via a petitioning ceremony â€“ Werner made his announcement himself.

â€œIt irks me to see how would-be political candidates pretend like they themselves don’t want to run and people are pushing them to. So they organize a huge gathering with an elaborate petitioning program,â€ he later wrote in another post. â€œWell, I made history last night. I went against tradition by petitioning myself, and the response is encouraging.â€

In a phone interview conducted shortly after his announcement, Werner said he was running because he felt Grand Kru needed a different voice. He said he was not running against anyone, but rather, against time.

â€œGrand Kru County does not have the luxury of time to wait,â€ he noted. â€œWe are a people who boast of being seafarers but we havenâ€™t figured out how to make the best of the sea for fisheries, for marine transport. And so we have to find a nonconventional way to help our people to get to where they need to be.â€

An example of such investment includes a proposal for countywide adult literacy training programs for women that provide small business loans as graduation incentives.

â€œYou invest some US$20,000 every year. Do you know the benefits that will bring? When you look at the salaries [that senators make], people can do these things,â€ he said. â€œAnd some of us can raise money to empower people.â€

Werner is no stranger to raising money for programs that are â€œoutside the box,â€ as he would put it. As minister of education, he launched the Partnership Schools for Liberia initiative, a public-private operation that saw public schools operated by private organizations. Frequently traveling around the world during his time as minister, Werner helped raised millions of dollars from non-traditional donors to fund the program.

Although initially met with hostility from teachers unions and local NGOs, the program â€“ now rebranded as the Liberian Education Advancement Partnership â€“ has been extended into its fourth year by the current administration. Additionally, evaluators note that it has had moderate success in improving the learning outcomes of students.

While minister of education, Werner also led a nationwide program to vet the 18,000-teacher workforce and remove â€˜ghost teachersâ€™ from the ministryâ€™s payroll, freeing up US$2.4 million per year for reinvestment in the education system. [Full disclosure: The author worked at the Ministry of Education during a portion of Wernerâ€™s tenure.]

Prior to being appointed education minister, Werner was the director-general of the Civil Service Agency. During this time, he helped implement the Public Sector Modernization Project, with US$11.5 million in funding from the World Bank, SIDA, and USAID.

Having spent the past decade away from Grand Kru as he focused on appointments in national roles, Werner acknowledges that he may need more effort gaining traction with Grand Kru voters than other candidates. However, he says he cannot imagine running to represent anywhere else.

â€œGrand Kru sent me to serve in the national government. I have been here [in Monrovia] working for the last eight years, working for the [former president Ellen Johnson Sirleaf] administration. I left Grand Kru in the early 90s,â€ he said.

â€œI have been gone for a while but thatâ€™s the place I call home. I speak the language fluently. I know people there that I grew up with. It would be easy for me to say Montserrado because my professional life was in Montserrado, but Montserrado doesnâ€™t have the same feel as Grand Kru, because Grand Kru is home.â€

Werner will be contesting along with a handful of other Grand Kru citizens, including former lawmaker Numene Bartekwa, former superintendent Rosalind Segbe Sneh, and incumbent Senator Peter Coleman. A few others who have expressed interest include Augustine Fannieh, a former county health officer; and Nathaniel Bahway, who currently represents the countyâ€™s first district; and Jappah Maxwell Hooks, a Grand Kru citizen who has long resided in the diaspora.