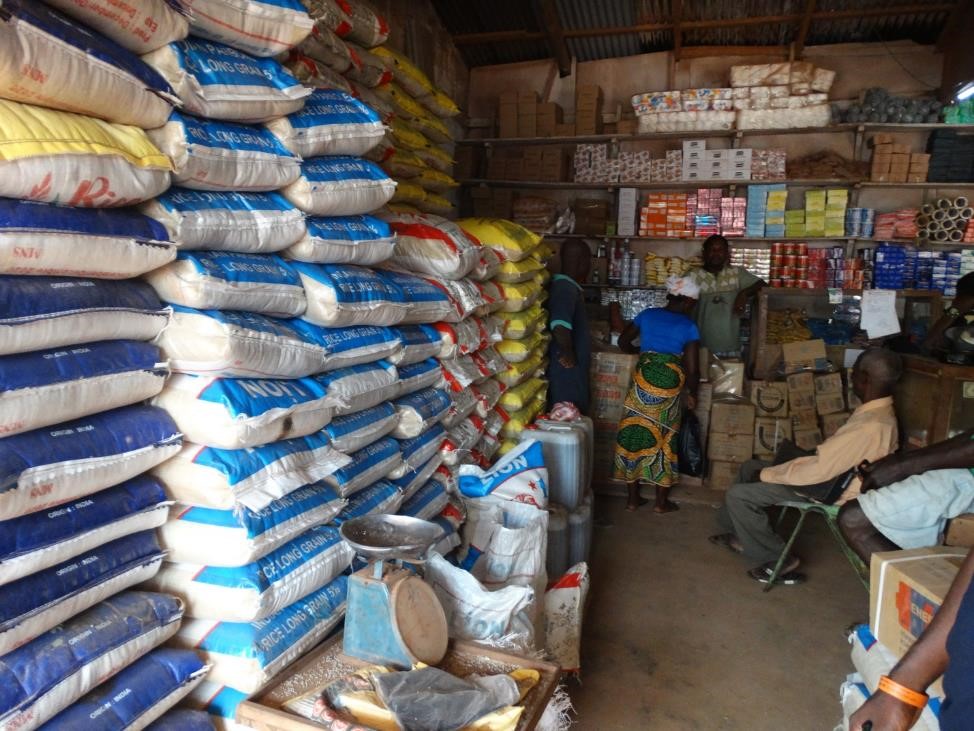 GOSHEN COMMUNITY, Margibi – A limited supply of rice on the market is causing concern among many Liberians. Although the government says there is enough rice in the country to last until December, wholesalers and retailers are all reporting a shortage of rice.

In early July 2020, The Bush Chicken spoke with a cross-section of people in Montserrado, Margibi, and River Cess about the shortage of the country’s staple food and the resulting impact amid the COVID-19 pandemic.

Not far from Kolu, Kora Davis sells cooked food but says she has not been able to find a 25kg bag of rice to purchase at a reasonable price. Davis told The Bush Chicken that she would have to stand in a long queue in the Red Light commercial area for hours to purchase a bag of rice at a higher rate. Davis thinks retailers are stashing the rice to sell to politicians who are purchasing huge consignments at a higher price for more profit.

“The only rice that you can see in store that’s certain rice in [a] yellow bag, but the original Bella, you can’t find it,” Davis said. “The people are hiding the rice because some people can come and buy sometimes 300 to 400 bags and carry it. When we get to Red Light and the Fula people tell us to get in line, any little mistake you make, the security [will] flog you.”

Teta Lloyd, a trader who usually purchases her rice in Monrovia for sale in River Cess, said she was shocked when she got to Monrovia and learned that the price of rice was no longer the same as she expected.

According to Lloyd, because of the COVID-19 pandemic, the state of emergency, and the subsequent lockdowns, her children and other family members who thought the enforcement of the state of emergency would be tougher in the urban areas than the rural area came from Monrovia to stay with her. Now she spends more on food and the shortage of rice is gradually putting her out of business.

Garmah Bono, a single mother of four who crushes rocks for living in Montserrado, can also attest to this. She says the rice shortage is making life unbearable for her and her children, as she cannot afford to purchase a bag.

Emmanuel Gbarnjah, who lives in Goshen Community in Margibi, has tried getting few bags of 25kg rice for his family but to no avail.

“I think [the] government or government officials who are really responsible for these kinds of situations are not giving the requisite information,” Gbarnjah said.

“I think the last time I heard on the media that there were 18 metric tons of rice that should be arriving in the country soon. When you give those kinds of information it is a bit reliable than to have the citizens informed that you already have it.”

Gbarnjah believes that there is limited rice in the country, but the government is not being upfront.

Meanwhile, the inspector general at the Ministry of Commerce and Industry, Josephine Davies, told The Bush Chicken via a phone interview that there is enough rice in Liberia, but rice dealers are creating an artificial shortage to increase their profit.

“In the past weeks, we have been raiding warehouses full of rice,” Davies said, “Those hiding the rice are all Liberians, not foreigners, and we cannot revoke their licenses, but when we find out that you have been stealing from the Liberian people, we fine you because that’s what the law says.”

The inspector general said about 600 containers of rice are expected in the country ‘soon.’

For now, the shortage is driving families and small businesses to make inconvenient changes to adjust. For example, Aaron Massaquoi, a Margibi retailer, now sells rice by the cup, instead of by the bag. He does not believe the inspector general’s statement that retailers are hiding their goods. According to Massaquoi, no one will hide their goods only to create artificial shortage while their competitors are selling and profiting.

Amid the global pandemic, the World Bank has joined other organizations in calling for collective action to keep food trade flowing between countries.

The primary risks to food security are at the country level: as the Coronavirus crisis unfolds, disruptions in domestic food supply chains, other shocks affecting food production, and loss of incomes and remittances are creating strong tensions and food security risks in many countries. The United Nations World Food Programme has warned that an estimated 265 million people could face acute food insecurity by the end of 2020, up from 135 million people before the crisis, because of income and remittance losses.

Sharing
Tags Josephine Davies
Contributions to The Bush Chicken are not tax deductible.