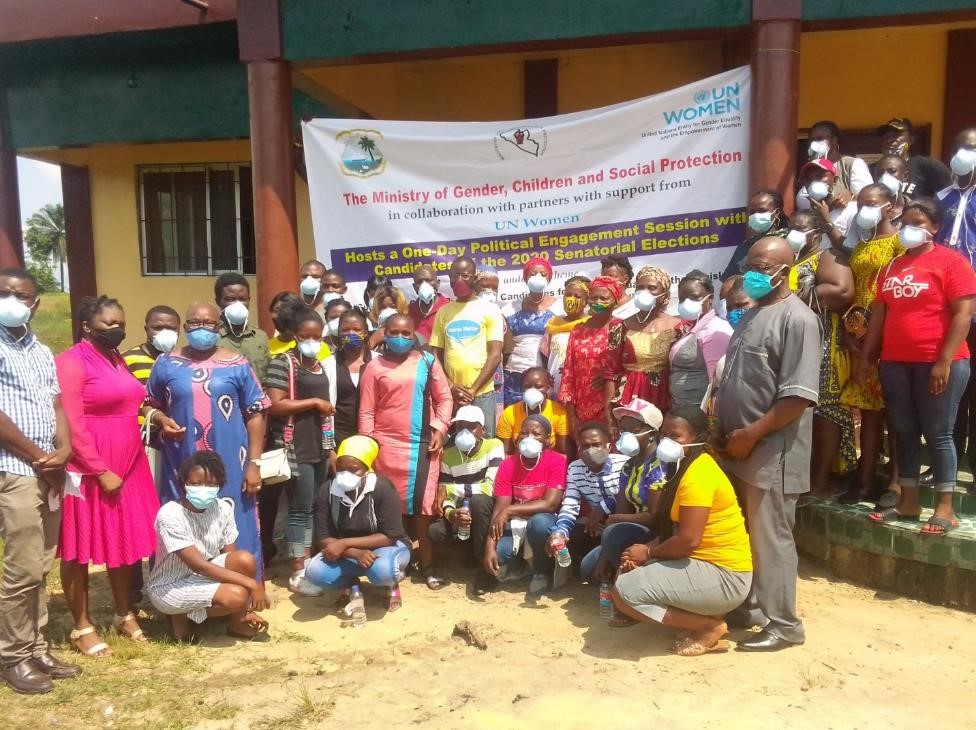 TUBMANBURG, Bomi – As Liberians go to the polls on Dec. 8, the Gender Ministry is calling on more concern from candidates to have more gender-sensitive platforms to ensure that women’s rights can be promoted.

On Dec. 2, the ministry held a gathering in Tubmanburg, Bomi that was meant for senatorial candidates from Grand Cape Mount, Bomi, and Gbarpolu. However, only proxies of candidates attended the one-day event.

Deputy gender minister for administration Parler Harris said the gathering was intended to hear from candidates on the gender-sensitive aspects of their manifestos and to find out their efforts to eliminate all forms of violence against women and children.

“We have been engaged in sensitizing Liberians on the need for gender sensitivity, and our male counterparts to support female representatives, especially at the legislature,” she said. “Our candidates need to commit to punching gender issues, mainly in their manifestos, during elections.”

In Gbarpolu, only one female candidate is contesting the election – Botoe Kanneh. A representative of Kanneh, Jestina Dukuly, attended the meeting where she vowed that Kanneh would represent the interests of the county if elected senator.

Another participant of the meeting, Yamah Weaver, the head of the Bomi Women Development Association, called for a new breed of leaders who would push for more empowerment for women and children.

“Our women and children are being abused every time,” she said. “Our voices need to be heard and our rights should be protected.”

Sharing
Tags Ministry of Gender
Contributions to The Bush Chicken are not tax deductible.