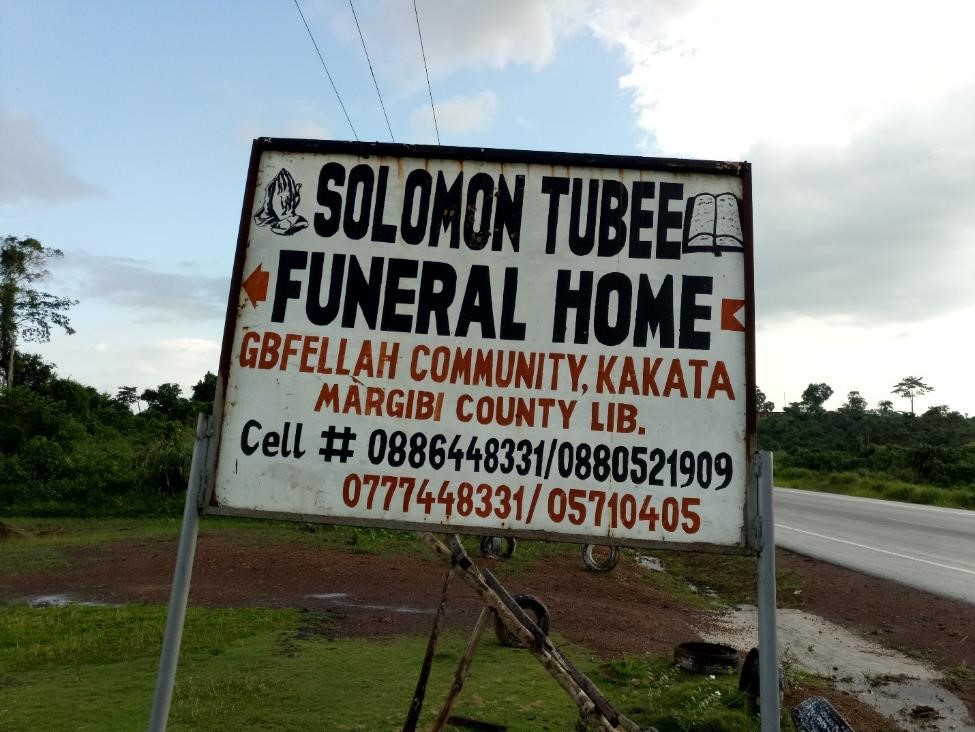 KAKATA, Margibi â€“ The remains of a Nigerian national who was killed in an exchange of fire with the Liberia National Police on July 24, 2016, has apparently been abandoned by the government.

The gunfight took place in an attempted robbery of Ecobankâ€™s Kakata branch, which also left four others injured.

Patrick Tubee, the owner of the Solomon Tubee Funeral Home, said police deposited the body of the late Nigerian, only identified as Akin, on July 24, 2016, with the intention to conduct an autopsy. However, that autopsy was never done and the body had remained at the funeral home for a year now.

Speaking in an exclusive interview with The Bush Chicken, Tubee complained that the Justice Ministry had failed to make any payments toward care for the body.

He claims that the government currently owes him US$40,000 and noted that he had written three different letters to the county attorney, superintendent, and the Liberian National Police requesting payment for the services he continues to render.

â€œI had made a lot of effort by even making it public on the media and even informing stakeholders about my plight,â€ Tubee said. â€œBefore the government, I am a man without relevance â€“ thatâ€™s why they donâ€™t care.â€

He further launched an appeal to the Liberian government to settle the amount owed him and take delivery of the corpse as the continual presence of the body was inconveniencing his business and piling up costs.

When contacted via mobile phone, police spokesman Sam Collins, acknowledged the police indebtedness to the local Liberian businessman but could not confirm that the amount owed was US$40,000.

â€œA letter requesting payment was sent by the proprietor of the funeral home and all can say is that letter is on the desk of the inspector general for appropriate action,â€ Collins said.

Meanwhile Margibiâ€™s County Attorney Issac George said he had no knowledge that the body was still deposited at the funeral home as he noted that the case had already been adjudicated and the three accomplices were now serving their respective jail sentences.

For their part in the attempted armed robbery, Samuel N. Davis was sentenced to ten years, while Alex Yarkpawulo and Abraham Doe received five years each by the 13th Judicial Circuit Court in Kakata.