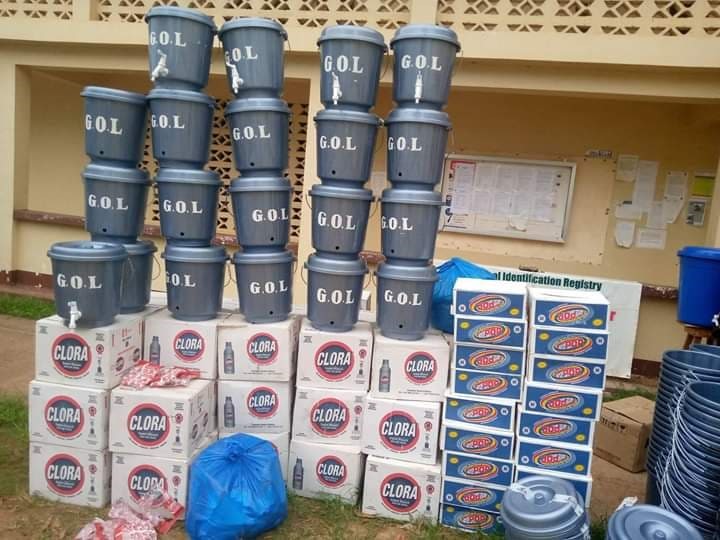 BARCLAYVILLE, Grand Kru â€“ Grand Kruâ€™s county officials have announced that materials intended to help the county contain the Coronavirus pandemic have been stolen after a truck carrying the items became involved in an accident in Bong.

The materials were donated by the Ministry of Internal Affairs and were being transported by Sen. Albert Chie, along with other materials for projects that the Grand Kru senator is spearheading.

The accident occurred at about 6:40 p.m. on Sunday, April 5 along the Salala-Totota stretch of the Madam Suakoko Highway in Bong.

Joe M. Sekpeh, Grand Kruâ€™s assistant superintendent for development, said the government had presented 300 handwashing buckets, 47 cartons of Tide soap, 40 cartons of chlorine bleach, and other sanitary materials for distribution among citizens.Â He said it was unfortunate that individuals pretending to rescue accident victims began looting the truck.

â€œAs [officials of the] county authority, we regret the ugly situation, but want to assure our citizens that we are currently in consultation with members of the [Grand Kru] County Legislative Caucus for their intervention, aimed at joining the fight against the virus,â€ Sekpeh told The Bush Chicken in Barclayville on Tuesday, April 7.

He said local authorities were working to ensure that additional materials could be brought to the county.