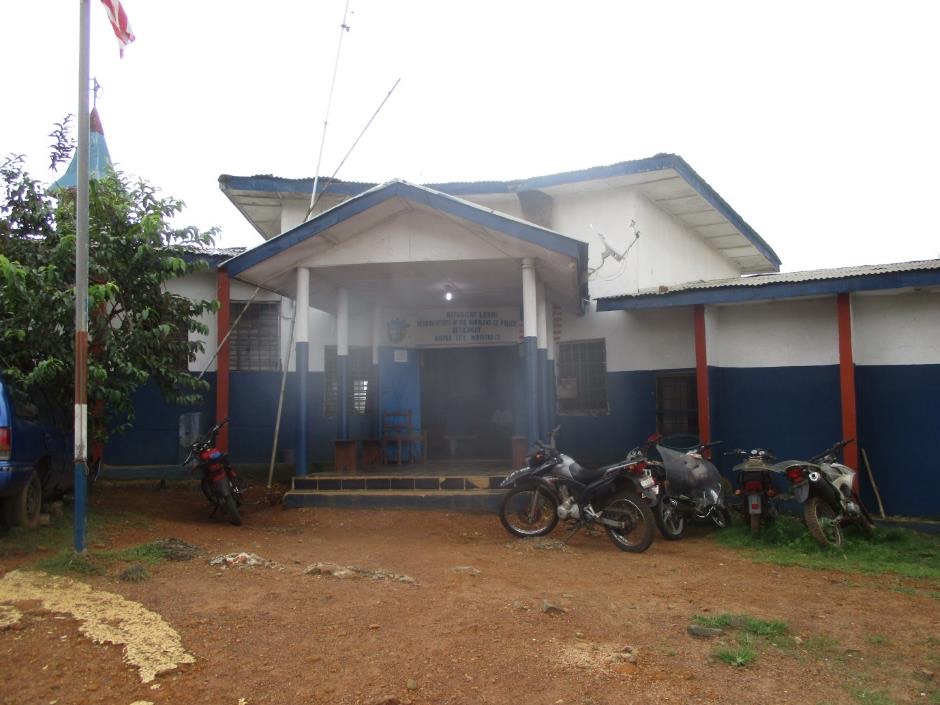 HARPER, Maryland â€“ Police in Harper charged eight men from Rock Town, located in Barrobo Statutory District, for their alleged involvement in a gruesome murder of three men who were accused of witchcraft.

On September 18, the commander of the Maryland Police Detachment, Jacob Comehn, announced that the eight men had been sent to the Pleebo Magisterial Court for charges that included murder, criminal conspiracy, and criminal facilitation.

â€œAfter police investigation, authorities of the Liberia National Police were left with no alternative but to send the men to court in accordance with the deal process of law,â€ he said.

Those charged were John Tewah, Moses Chea, Sam Gbaquee, Chea Karmune, Deagba Toe, David Weah, Solomon Weah, and Cyrus Doe. All were males and ranged in ages from 33 to 50.

Police have still not arrested six other individuals who were also involved in the crimes, including Toeson Hinneh, Jacob Doe, Varsco Weah, Prince Doe, Dargba Toe, and Amos Bahway.

â€œUp to now we are still in search of those six accused individuals who were linked to the killing, and so we are calling on citizens of the county to help the police arrest them for their involvement,â€ Comehn said.

He said the three deceased were forced to openly confess to planning to murder unnamed residents of Rock Town through witchcraft. He had described the bodies of the deceased as bearing signs of having undergone excruciating pain. Images of the dead were circulated on Facebook, showing hands that were chopped, eyes plucked out, and deep cuts made with cutlasses on the victimsâ€™ neck, forehead, and chest.

The suspects had initially been sent to the Pleebo Magisterial Court for trial, but the court could not try them because the case was beyond its jurisdiction. They are now being held at the Harper Central Prison, awaiting trial. The case will likely be transferred to the Fourth Judicial Circuit Court in Harper.

The police commander was speaking before a citizensâ€™ forum convened by Marylandâ€™s Superintendent George A. Prowd. At the meeting, Roosevelt Nyanford, who represented citizens of Barrobo Statutory District, said his people want justice to prevail to serve as a deterrent for anyone who planned to engage in such unlawful acts. He called for the accused to be tried in a timely fashion.

Meanwhile, Superintendent Prowd has constituted a committee of six persons to further investigate what led to the death of the three men. He said this investigation was important because it would involve chiefs and elders in the district, who he said might have more detailed information. Prowd promised to facilitate the committeeâ€™s work to ensure that members can succeed.

The case is eerily reminiscent of a recently concluded trial in Buchanan, where seven men were found guilty of gang-raping three women and murdering one of them after they were accused of being witches. The seven defendants were each sentenced to 45 years in prison.