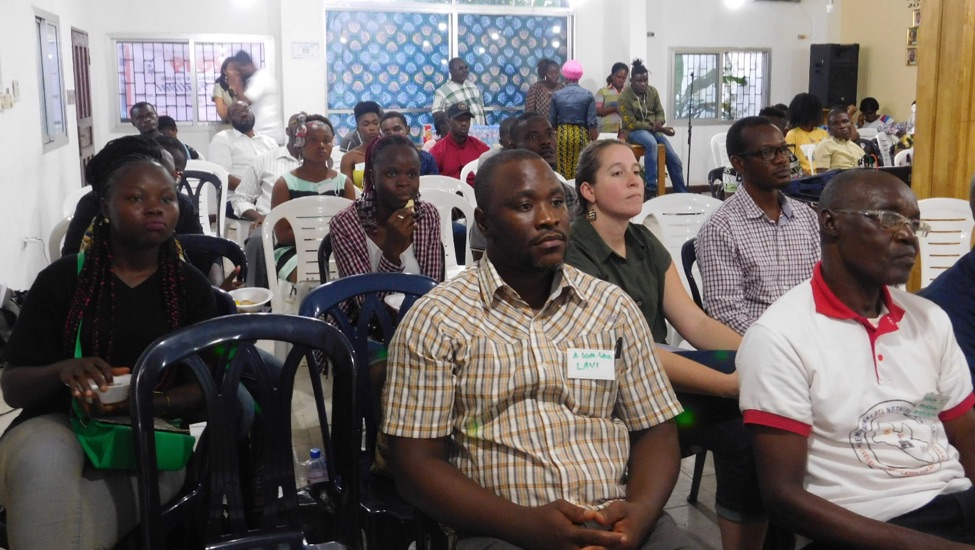 The films focused on issues such as the tenure of elected public officials, women in leadership, and the current date of election. It was supported by the Liberia Accountability and Voice Initiativeâ€™s electoral reform initiative, sponsored by USAID.

iCampus is a shared co-working and community space for organizations working on technology, accountability, and social change in the country. The organizationâ€™s learning and communications manager who was also lead producer of the films, Janet Kamara, said the film festival was also meant to tell the stories of civil society partners working on the LAVI electoral reform project, such as the Elections Coordinating Committee.

Kamara said the festival was an innovation created to buttress the efforts of the partners to allow actors to learn about the different reform issues the ECC and other partners were pushing.

According to her, the films contained inclusive views of decision-makers and ordinary citizens.

â€œFor these films, we talked to frontliners in the political space. We talked to legislators, for example,â€ she said. â€œWe also talked to ordinary citizens to get their views so that the films can be balanced because we wanted to tell a balanced story.â€

However, she said the views expressed by the respondents in the short documentaries vary on the different reform issues.

Following the streaming, participants also expressed their views on the topics and encouraged the government and stakeholders to support and implement an inclusive reform that would reflect the views of all citizens.

For many participants, increasing womenâ€™s political participation was key among the other popular trending reform issues.

The executive director of a local child rights advocacy organization in Margibi, Saykwayee Henry, called for an end to the marginalization of women in political participation as a reasonable reform and improvement of the countryâ€™s democracy.

Henry called for a specific amendment to the election law to hold political parties accountable to ensure that more women be allowed to contest on their tickets for elected positions.

â€œThe law must make it mandatory for political parties to include more women on their tickets as candidates for public elections,â€ she said.

Elections laws require political parties to â€œendeavorâ€ to ensure there are at least 30 percent women contesting on their entire candidate listing submitted to the National Elections Commission.

However, the ECC and many other citizens believe that the law is not strong to hold the parties accountable in ensuring that women make up at least 30 percent of their candidate listing submitted to NEC for registration.

â€œWe have to take [an] abnormal approach. Women must be given space. Donâ€™t call them womenâ€™s wings â€“ why donâ€™t we have menâ€™s wings?â€ Yealue said.

â€œThat is meant to corner them so that they donâ€™t have enough space to participate.â€

He said women must be allowed to join the general bodies of political parties like men so that they are not limited to a smaller space. He also wants the election law amended to reduce the tenures of president and senators from six to four years, and from nine to six years for senators.