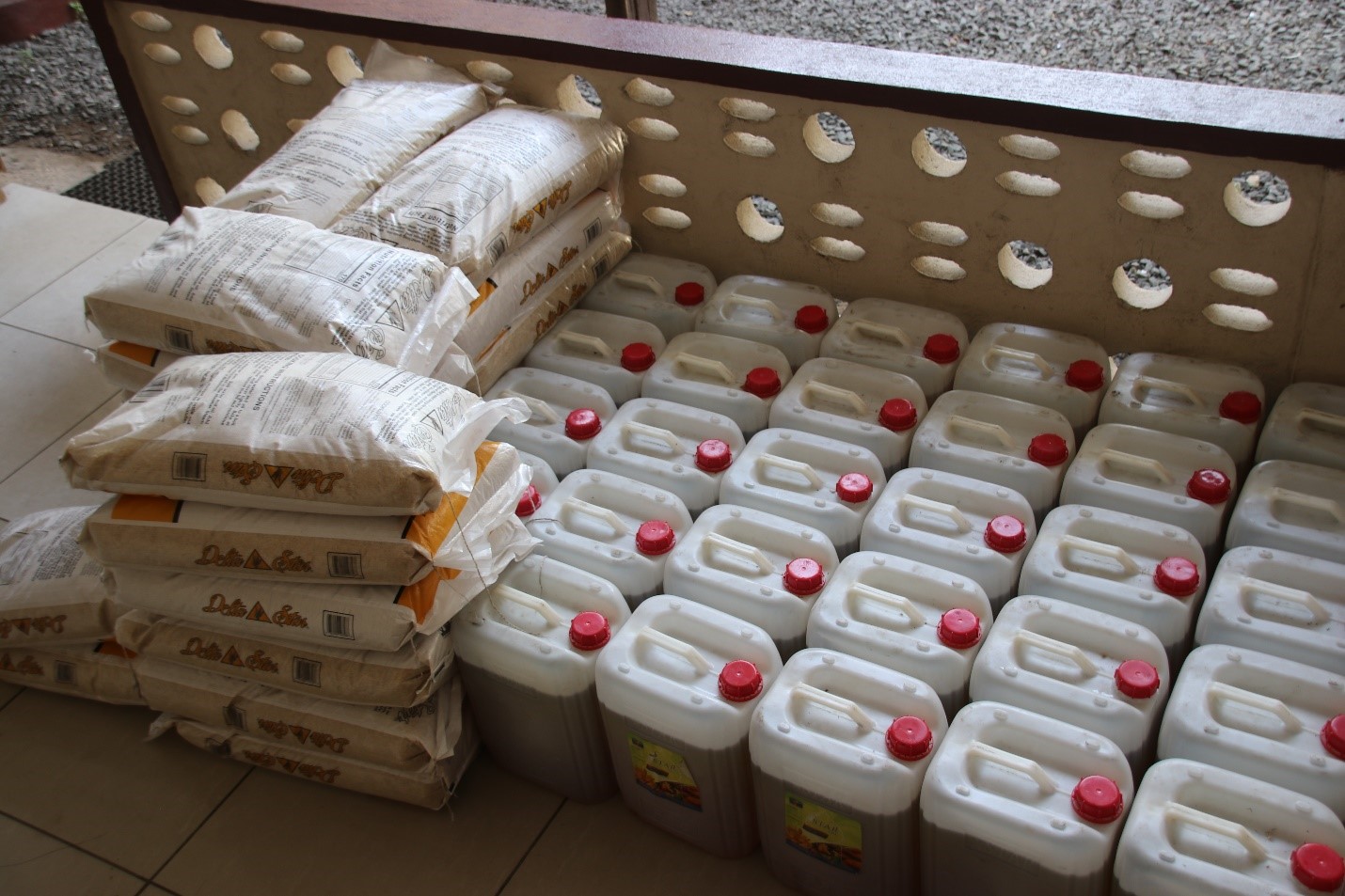 This article was sponsored by the Universal Human Rights International

MONROVIA, Montserrado – A U.S.-based organization has provided emergency COVID-19 food aid to 30 needy families in Monrovia, in addition to supporting 100 immigrant and refugee families living in the U.S.

The founder of the Universal Human Rights International, Torli Krua, said the initiative was conceived after a couple offered a spare home to his family when some members contracted COVID-19. Instead of having to rent a temporary place and spend over US$200 a night, Krua said his family was able to use the couple’s home to prevent quarantine infected members of his family and prevent the virus from spreading to others. [Full disclosure: Torli Krua is a co-owner of The Bush Chicken]

The Boston, Massachusetts-based pastor and human rights activist then decided that his organization could also help others who were struggling during the pandemic. Thus, the short-term emergency food assistance began.

Krua said he donated his US$1,200 COVID-19 stimulus package provided by the U.S. government, along with other donations from family and friends to purchase bags of quality U.S. parboiled rice and containers of vegetable oil for distribution in Liberia.

In addition to providing support to families in Liberia, Krua’s organization, UHRI, which works with immigrant populations in the U.S., also acquired a US$6,000 grant from the Imago Dei Fund and another US$10,000 from Eastern Bank to assist vulnerable refugee families in Boston.

He has now launched a GoFundMe campaign with YOUNG-Africa to raise US$15,000 to provide more support to unemployed Liberian refugees in America and their struggling family members in Liberia.

Krua says more than 6,000 Liberian refugees are currently languishing across the United States that have been unjustifiably denied work permits since October 1, 2002. Although the Liberian Refugee Fairness Act was signed into law in December 2019, Krua worries that these Liberian refugees may not be able to afford a whopping US$1,225 filing fee for a green card.

“With no money for food and filing fees, COVID-19 has been disastrous for these Liberian refugees,” he said.

Krua is campaigning to persuade President Donald Trump and the U.S. Congress to grant a blanket waiver of fees to all unemployed Liberian Refugee beneficiaries under the Liberian Refugee Fairness Act. He argues that U.S. immigration laws exempt refugees from paying immigration fees for green cards.

This article was sponsored by the Universal Human Rights International