The minister’s instruction came following appeals from commuters who were stuck on either side of the river amid heavy rains that flooded the river and made the use of motorized canoes dangerous.

The day began with two boys nearly drowning after they insisted swimming across the river with drums of gasoline. They were rescued by two motorized canoes.

“Right now, you will be taking risk when you put people in [a] canoe to cross them here,” said Anthony Jackson, who transports commuters via a canoe and helped rescue the boys. “As you can see, the water will soon touch the under part of the bridge.” 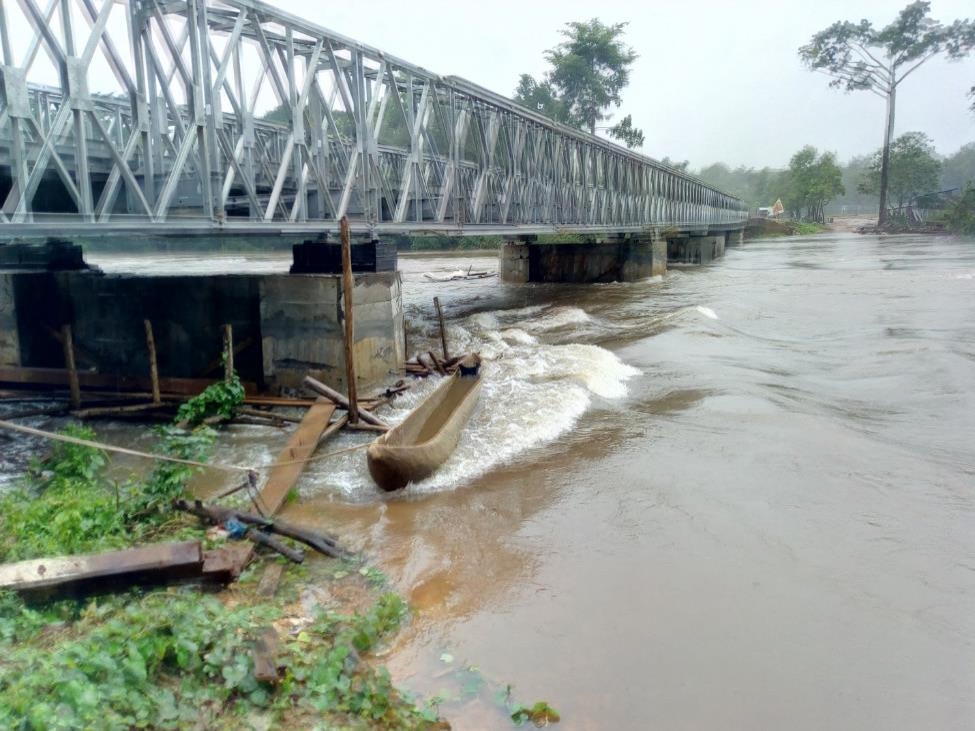 Sylvester Quoyea, a health worker from Grand Kru County told The Bush Chicken that he reached to the waterside 5:00 a.m. on Wednesday but he could not cross because the river was flooded.

“I’m on my way to Lofa County and I have spent the whole day here because the river is filled,” Quoyea said. “I am appealing to the president to call on whosoever responsible for this place to allow us to cross the bridge, I beg him.”

Marie Mentie, another commuter traveling from Grand Bassa to River Cess, added her voice, “We are not talking about cars crossing, let them let [allow] us to cross that’s all we are appealing for.” 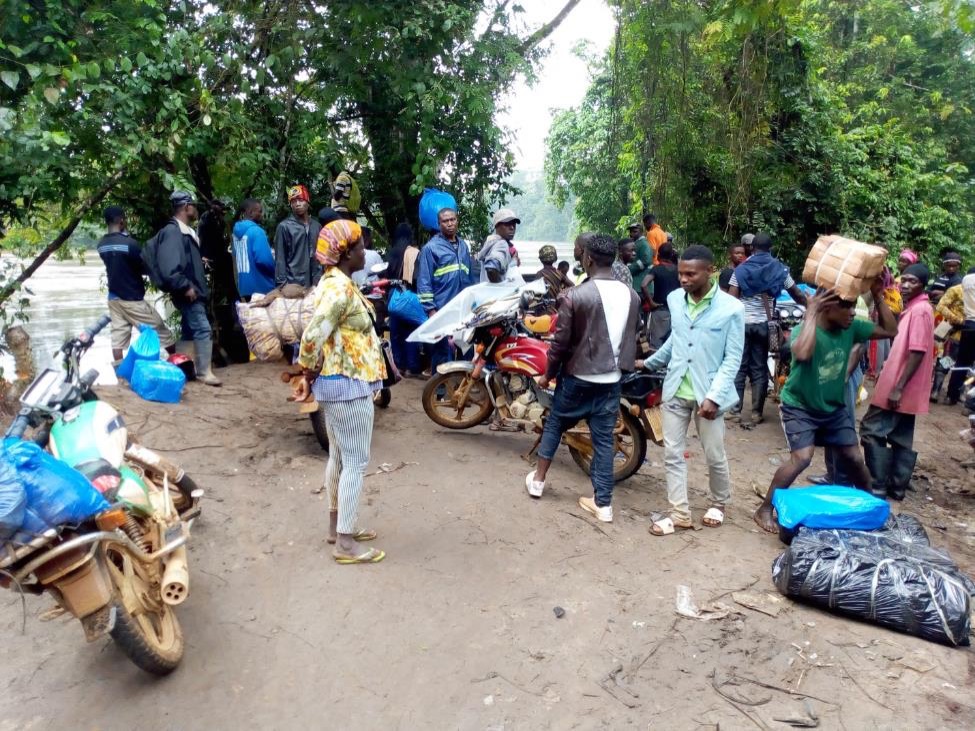 A scene of commuters at the waterside: Photo: Eric Opa Doue.

Amid complaints from commuters gathered at the waterfront, The Bush Chicken contacted Ojue Williams, the resource officer in the office of River Cess’ second district representative Byron Zahnwea. Williams later informed River Cess’ development superintendent that there was a need for intervention at the river.

“We want to tell the public that the bridge is now opened to the public,” Kassaynee said. “But we want to make it clear here that no vehicles are allowed until August 15, when we shall have dedicated it. Also, the bridge will be opened from 6:00 in the morning to 6:30 p.m. daily.”

Kassaynee then admonished private securities assigned to the bridge not to allow anyone or vehicles to cross overnight. Kassaynee said he had been informed that the security guards were collecting money from people and allowing them to cross overnight prior to the opening of the bridge.