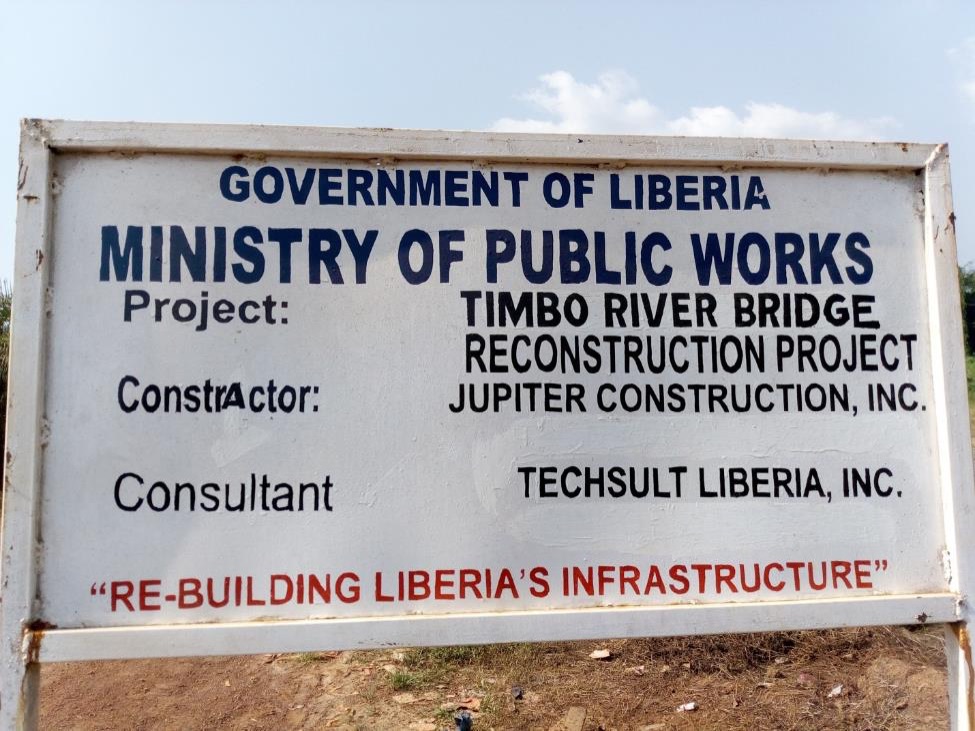 YARPLEAH TOWN, River Cess – Jupiter Construction, the company responsible for the replacement of the 43-year-old Timbo River Bridge, has resumed work after a five-month hiatus.

Napoleon Davis, the company’s site supervisor, said the operation would last for four months before completion.

In early December 2018, Davis told The Bush Chicken that the government had agreed to provide funding for the creation of an alternative route for commuters. But that seems far from reality as only a footbridge has been constructed by Davis’ company.

In an interview with Echo Radio on Monday, January 21, Davis said he has instructed his men to construct the footbridge to accommodate motorbikes and pedestrians, while he waits to hear from the Ministry of Public Works.

Davis also said two professional divers from Grand Bassa and River Cess had been stationed at the waterfront to rescue people in case of any accidents.

“The demolition of the old bridge and the assembling and of the new one will take up to four months,” Davis said. “That is why we have constructed this bridge made of sticks so our people will be able to get basic commodities.” 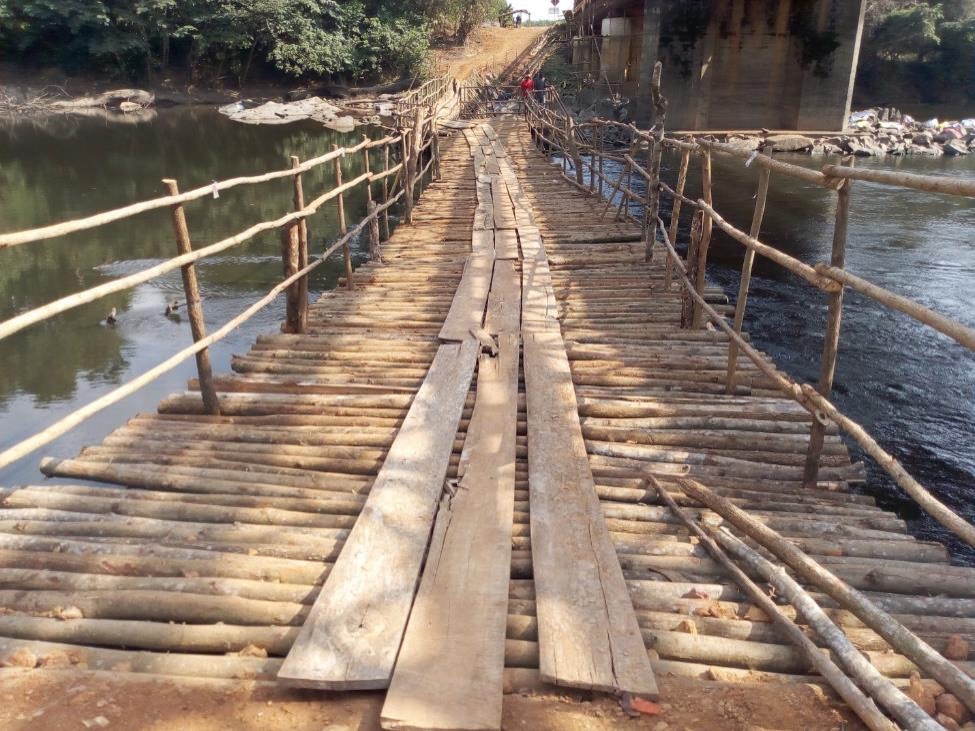 Davis did not say whether the Public Works was still considering providing funds for the alternative route for vehicles, however, he said the footbridge is his company’s own initiative.

“Beginning Monday, January 28, the demolition process will begin, and from that day, no vehicle will be allowed to use it [the bridge],” he said.

If an alternative route is not created, those traveling to and from the southeast will have to use the Nimba/Grand Gedeh route, while commuters between Grand Bassa and River Cess will have to use a route through Upper River Cess.

Traders have already started voicing their worries about the potential impact this could have on the economy during the four-month period. The prices of basic commodities, such as fuel and rice, are expected to increase significantly, as transportation fares are expected to double.

Passengers will now have to drop their goods on one side of the bridge to cross to the other side to board another car to end their journey. Already, a 25kg bag of rice is sold for L$2,500 while a gallon of gasoline is sold between L$600 and L$650 in River Cess.

The project was approved under former president Ellen Johnson Sirleaf’s administration, however, work was delayed due to the 2017 general elections. Construction began in April 2018 and was expected to have been completed within three months, according to Davis, but it was suspended due to heavy rains. In May and June of 2018, Jupiter Construction conditioned three piers beneath the bridge before the work was suspended in August. 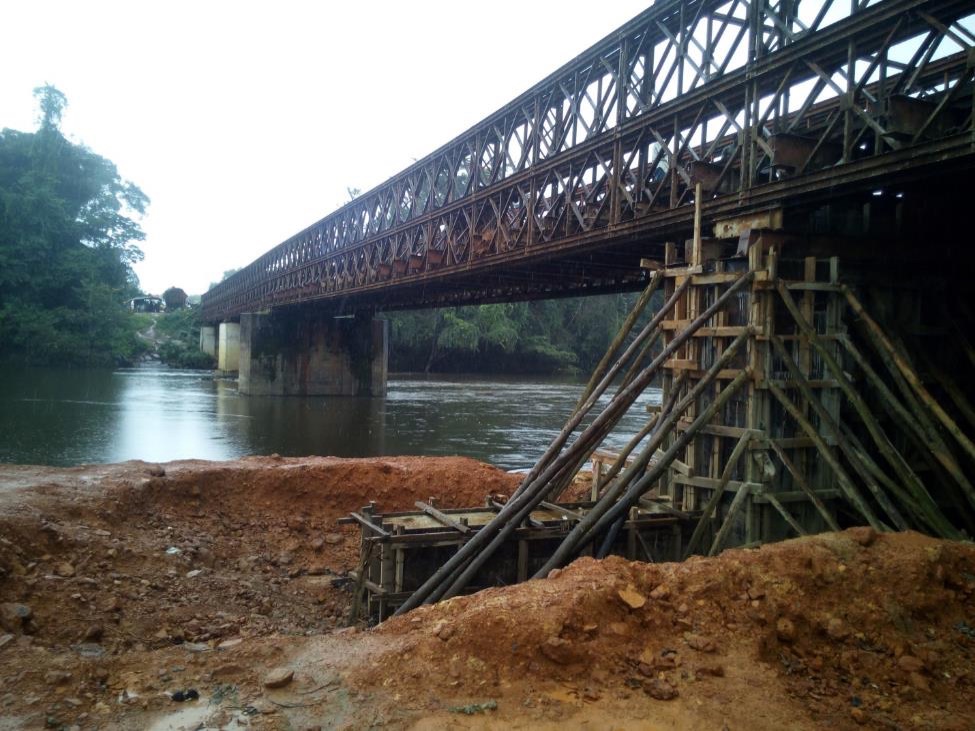 Three piers were conditioned in May and June 2018 before the work was suspended due to the rain. Photo: Eric Opa Doue.

During the period, the Liberia National Police, aided by members of the Community Watch Forum, was regulating activities at the bridge to ensure that drivers were not unnecessarily risking their lives or damaging the structure.

When completed, Davis said the bridge will be wider and taller than the first structure and will be capable of holding 80 tons of weight. It should last for 100 years. He said it is a modern and more guaranteed bridge.

During a Bush Chicken tour of the site on Thursday, January 24, there were several 20-feet containers at the site. Davis said they contained the bridge’s materials.

A team of American engineers is expected in the country soon to start assembling the bridge, he said.

The Timbo River Bridge serves as a boundary between River Cess and Grand Bassa. The bridge was constructed in 1972 and dedicated in 1976.