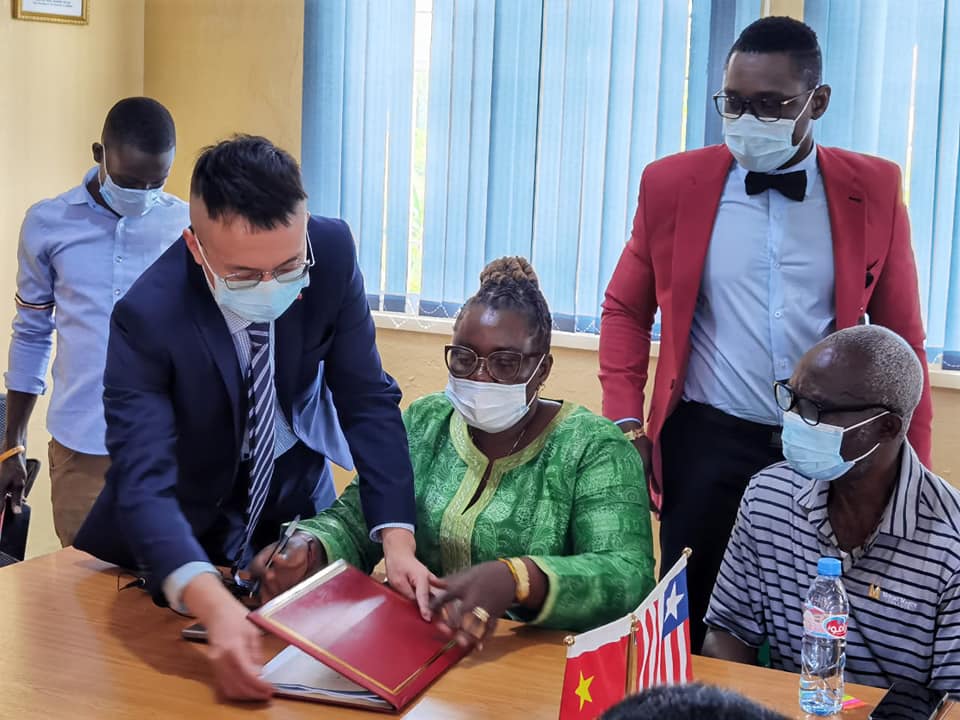 MONROVIA, Montserrado – The Liberian government has signed an agreement with the People’s Republic of China to construct two overpass bridges along Tubman Boulevard.

Signed on June 8, the agreement came after an exchange of letters signed on September 9, 2019 between both countries. The project is valued at approximately US$41 million. According to the agreement, the two overpass bridges will be located near Tubman Boulevard and the Congo Town Back Road.

Signing on behalf of the Chinese Embassy was the economic and commercial counselor officer, Li Jiang.

“My government is committed to ensure that the government of Liberia’s Pro-Poor Agenda for Prosperity and Development is achieved and that the relationship is strengthened,” a press release from Liberia’s Ministry of Public Works quoted him. Li added that there are also plans underway for two additional projects – the development of land near the 14th Military Hospital and an access route linking Sinkor with Somalia Drive.

She further thanked President George Weah for tightening Liberia’s relationship with China. Coker-Collins disclosed that groundbreaking for the overpass project would take place in October this year.

She added that when the bridges are constructed, they will reduce the congestion that has now become ubiquitous along the stretch of Tubman Boulevard leading to Central Monrovia.

Featured photo by the Ministry of Public Works